"Iris Pear" at work on his latest thome (Getty Images)
By Sean Cunningham
A nuclear fusion test reactor under construction at the Livermore Lab in California. (Getty Images)

Sometimes you’re just a helping hand away from doing the impossible. Christoph Bartneck is an associate professor at the Human Interface Technology Laboratory at the University of Canterbury in New Zealand. He was emailed an invitation to submit a paper to the International Conference on Atomic and Nuclear Physics. By his own admission, Bartneck has “practically no knowledge of nuclear physics.” Yet he still wanted to send something.

Enter iOS autocomplete. “I started a sentence with ‘atomic’ or ‘nuclear’ and then randomly hit the autocomplete suggestions,” he later blogged.

It was accepted to the conference three hours after he sent it.

Had he inadvertently created something profound? (Much as an unlimited number of monkeys hitting keyboards might create the great works of literature.) Not by any means. The first sign was the autocomplete generated title, “Atomic Energy will have been made available to a single source” and the general absurdity continued through to its final sentence: “Power is not a great place for a good time.” 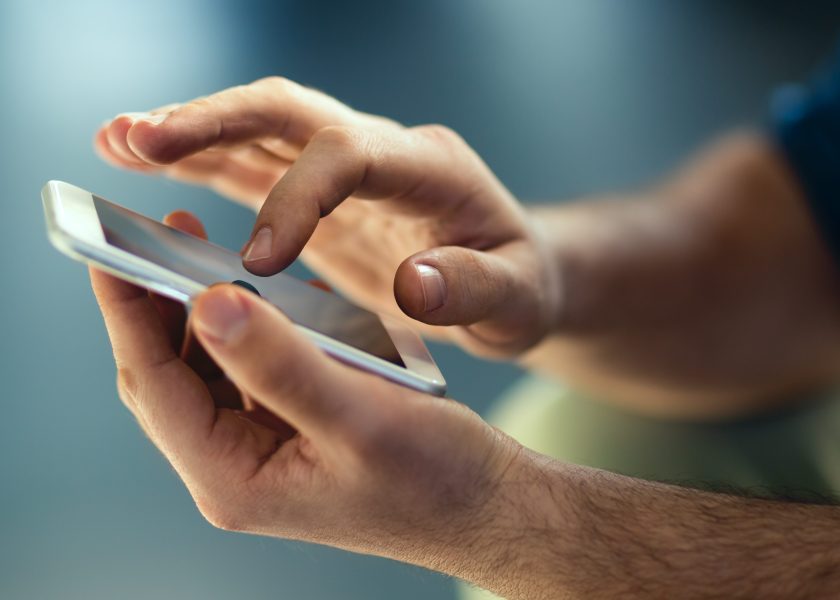 “Iris Pear” at work on his latest tome (Getty Images)

Sadly, Bartneck declined to attend the conference, which was held on 17-18 November in Atlanta, Georgia, and give a promised oral presentation. He felt the registration cost of $1,099 was excessive and noted: “My impression is that this is not a particularly good conference.” (Beyond that, Bartneck had submitted the paper under a fake name: Iris Pear.)

In summary, perhaps Bartneck — excuse us, Iris Pear — put it best when he wrote:

“… I am a very happy boy to the great day and I hope he is wonderful.”

To read more of this truly unique collaboration between man and machine, click here.