By flying in its shadow, the eclipse will last three times longer than on the ground.

NASA has a plan to chase the upcoming solar eclipse using fighter jets to produce to “clearest images of a corona to date.”

The space agency has retrofitted two WB-57F planes that originally hit the skies in 1953 flying bomber and reconnaissance missions. The two jets have since been updated with modern avionics and telescope mounted on their noses.

A total solar eclipse is a rare opportunity for scientists to study the Sun’s atmosphere, especially its corona. The jet-mounted telescopes will capture photos, thermal imaging, and videos of the sun as well as Mercury, which will be more visible to the cameras in the darker sky. 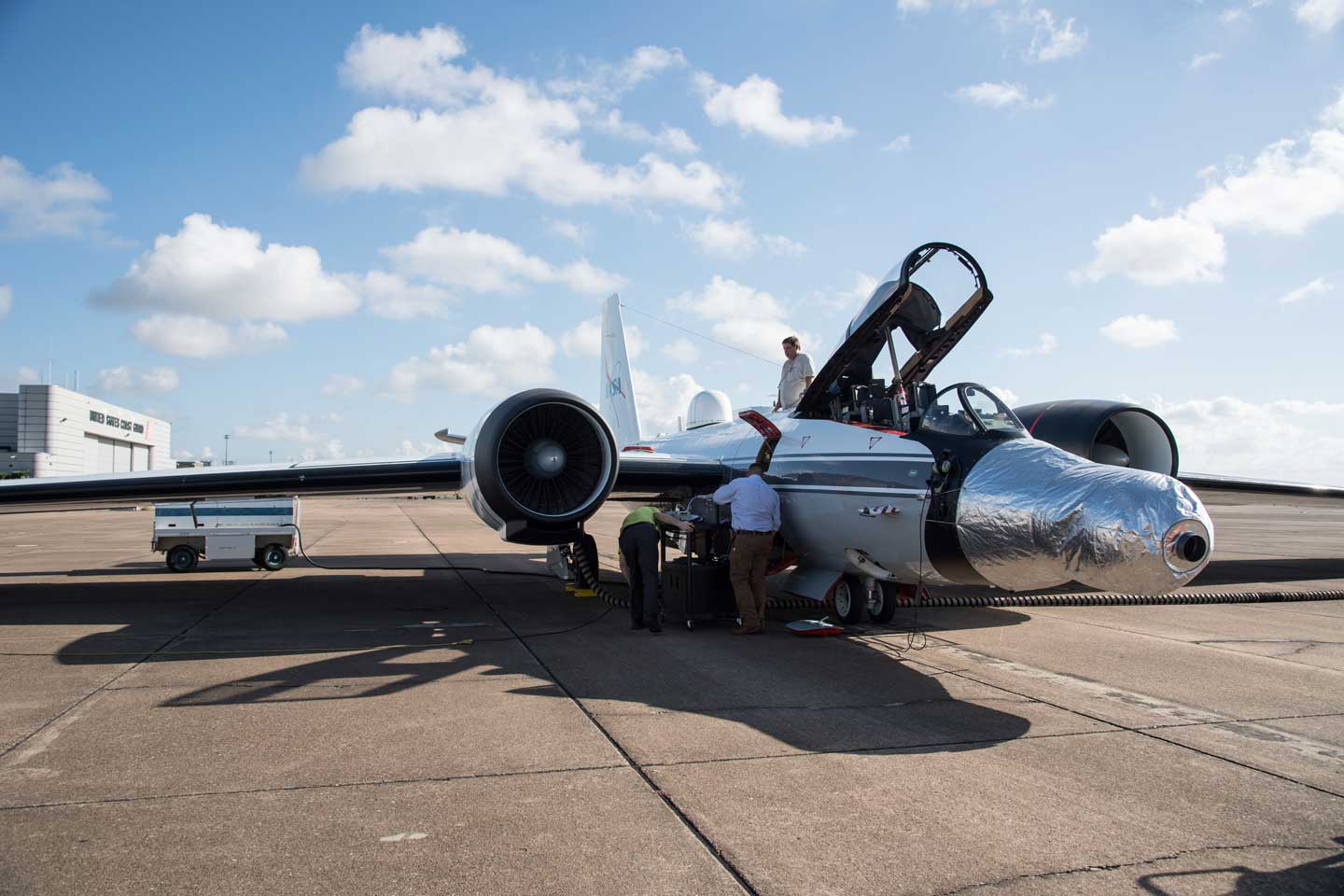 It may seem like a stunt, but NASA says the high-octane experiment will allow them to see things that would “be essentially invisible” without the fighter jets. The plans will take off from Ellington Field near NASA’s Johnson Space Center in Houston and fly 50,000 feet above Missouri, Illinois, and Tennessee.

For most people, the August 21st eclipse will last for a few seconds. The moon’s shadow will race across Earth at 2,400 mph. NASA’s calculated the jets have about three and a half minutes of chasing it before they’re left in its dust, according to NPR.