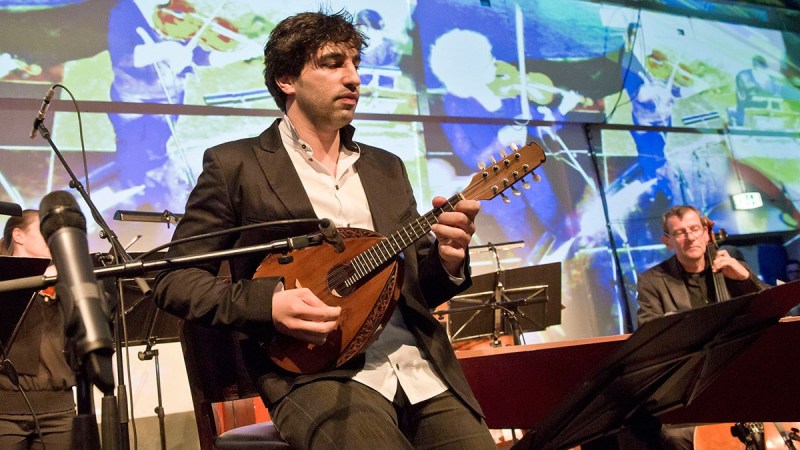 The Israeli musician, who has led a revival of the instrument and regularly plays premier classical venues, posted the first of five movements of his “InstaConcerto.”

Avital plans to post the subsequent movements of the concerto—composed by Slovak-born conductor and pianist Peter Breiner—each day on his Instagram page.

“We wanted to raise questions with this project, both about the artistic value of the composition within the given restrictions of the timeframe, and about the attention span of our generation and its relationship to classical music,” Avital said in a statement.

In Western classical music, the definition of a concerto has varied through history but is generally thought to consist of a soloist accompanied by an orchestra.

Concertos have traditionally consisted of three movements—and they have virtually always lasted more than 15 seconds.

Instagram—the social media network owned by Facebook that boasts 500 million users—initially allowed videos of no more than 15 seconds, although earlier this year it extended the length to one minute.

Avital said he wanted to keep to 15 seconds to keep with the classic limits of Instagram. He performed the InstaConcerto with the Kremerata Baltica, an orchestra of young musicians from Estonia, Latvia, and Lithuania.

The project comes as more classical musicians embrace social media as a way to promote themselves and many venues fret about how to fill seats.

But classical music still values decorum more than other genres, with most concert halls frowning on audience members who use mobile telephones during performances. —Relaxnews