The Tech Luke Aikins Used to Freefall 25,000 Feet Without a Parachute 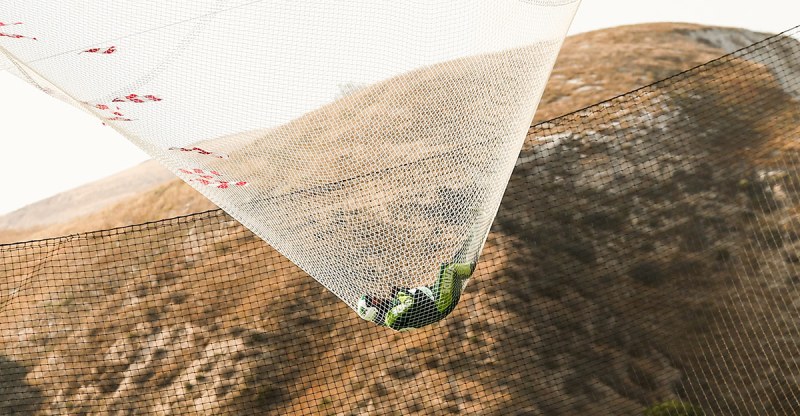 After 18,000 jumps, a man wants to try something new. So Luke Aikins became the first person to skydive 25,000 feet without a parachute or a wingsuit, managing to land in a 100-foot-by-100-foot net after falling for two minutes and reaching speeds of 150 mph. It would, however, be a mistake to think he did it with absolutely no assistance. For all the skill and experience possessed by Aikins, it still would have been nearly impossible without the aid provided by technology.

To start, Aikins’ helmet provided GPS alerts throughout the dive. There were also lights on the net, visible from altitudes of more than 25,000 feet, so he could look at them and, if he saw white, know that he was safely on course. (If he saw red, however, he knew he had to adjust his fall as quickly as possible.)

Likewise, the net had to be carefully constructed so it could handle Aikins’ speed without killing him. (In particular, it had to dissipate all the kinetic energy his body built up to avoid, as professor of physics and skydiver Jean Potvin put it, having a landing that “breaks your body into a million pieces.”) This was achieved by using a polyethylene cord which possesses twice the strength of steel.

Even with all the tech to assist his journey, not all were fans of Aikins’ record. Michael Turoff, co-author of Parachuting: The Skydiver’s Handbook, still called it “a ridiculously dangerous stunt that could have easily resulted in a fatality.”

Go here to learn more about the dive and watch the video below to relive the experience, complete with “Luke Cam.”