For the first time since it was discovered, researchers were able to read ancient documents deemed too fragile to touch. Scholars from the University of Kentucky and the Hebrew University of Jerusalem used X-rays to determine the text on a burnt portion of a scroll found in 1970 on the shore of the Dead Sea. The artifact—which is nearly 2,000 years old—is the earliest instance of the Masoretic text of the Hebrew Bible. 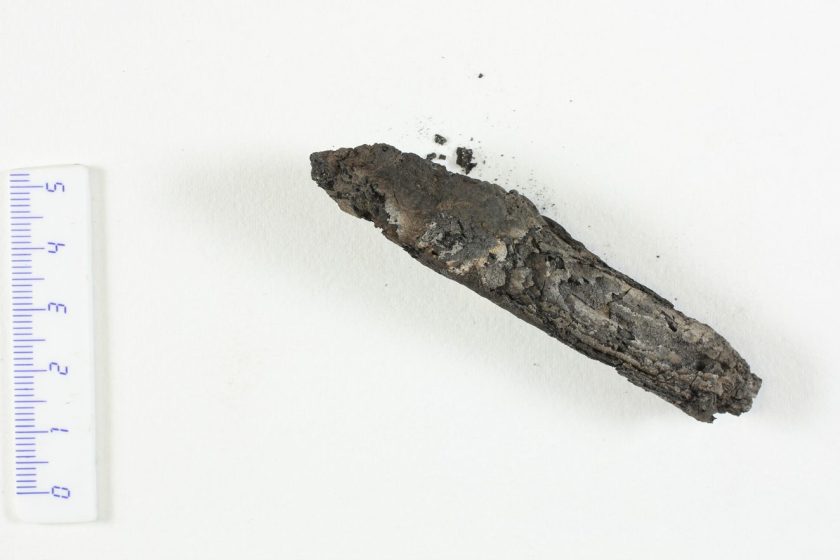 The process, called “virtual unwrapping,” is a three-step process that allows for noninvasive dissection of documents. The first step, segmentation, uses X-rays to identify areas of the scroll that may contain writing. From the scan of the scroll fragments, computer software digitally renders a 3D version of the artifact. The final step, which the researchers call flattening, transforms the 3D model into a 2D one, and in the process converts the visual data into discernible text.

After all this, researchers were able to identify 35 lines of text from the burnt scroll. While this technique has been applied in various capacities on ancient texts before, these are the finest results produced from an ink-based document that had sustained this much damage. The University of Kentucky and the Hebrew University of Jerusalem researchers published their finding in the journal Science Advances.

“The successful application of our virtual unwrapping pipeline to the En-Gedi scroll represents a confluence of physics, computer science, and the humanities,” the researchers write. “The technical underpinnings and implemented tools offer a collaborative opportunity between scientists, engineers, and textual scholars, who must remain crucially involved in the process of refining the quality of extracted text.”

Read the paper in its entirety here. To see how the imaging software operates, watch below.