How Realistic Is the Hacking Tech Used in ‘Mr. Robot’? 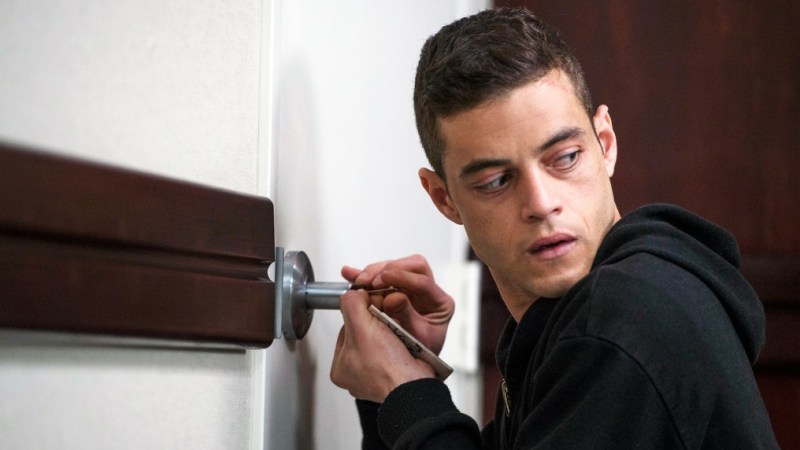 USA’s groundbreaking suspense series Mr. Robot returned for its second season this month. The show follows Elliot Alderson, a vigilante hacker played by Rami Malek, who is plotting a major attack on the world financial system. Despite the show’s fictional plot, it quite accurately represents the digital world’s seedy hacker underbelly, through the help of consultants like a former FBI cybercrime investigator and real-deal hackers (hacks portrayed in the first season, for example, were carried out by real cyber criminals). Wired, out of curiosity, explored the real-life hacking technology the protagonist has used to cover his tracks in Mr. Robot. Here are a few of the real-life tools of a hacker’s trade the show mentions:

In Episode 9, Alderson hides his hacking evidence in plain sight, disguised as music. Using DeepSound, an audio converter tool, the secret data is hidden within digital audio files such as .WAV and .FLAC. Alderson then burns them onto CD-ROMs, so they appear as if they’re a modern-day mixtape. DeepSound is available for download here.

In Episode 8, it’s revealed that Alderson uses ProtonMail, a highly encrypted version of Gmail invented by the researchers at CERN in Switzerland. By using the service, one ensures that no one other than the intended recipient will read the information being sent—even those that operate ProtonMail itself. You can even set an expiration date on a specific email message. The email service is free but invite-only, and there’s a waiting list. Sign up for it here.

This is a key component to Alderson’s devious plan, but it has harmless real-world applications. The small inexpensive computer is increasingly being used as the device of choice for some charities and tech startups. In fact, it was used along with open-source code to create a device that helps a seven-year-old diabetic in Britain regulate his insulin levels.

For the entire list of real-world technology being used in USA’s Mr. Robot, read the full list over on Wired. To get caught up on the first season in time to enjoy the show’s second season currently airing, watch the recap video below (obviously, if you want to watch the first season, don’t spoil it for yourself below).