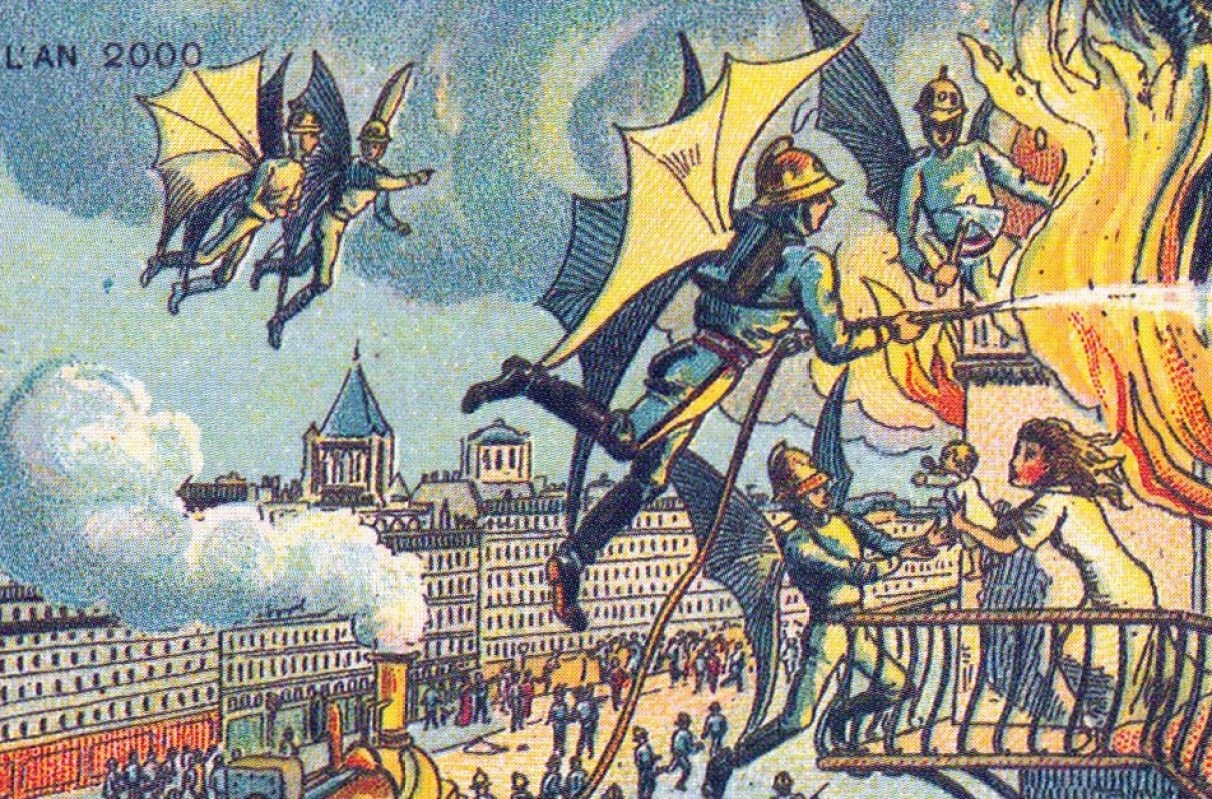 At one point, everyone thought the future would like 2001: A Space Odyssey or Blade Runner. And while that probably won’t ever happen, the real world has been catching up to some aspects of that vision with flying cars and talking robots.

If you lived in 19th-century France, “the future” looked like something altogether different. Cards produced for the 1900 World Exhibition in Paris depicted a vision of the world in the year 2000. And they’re pretty bizarre. 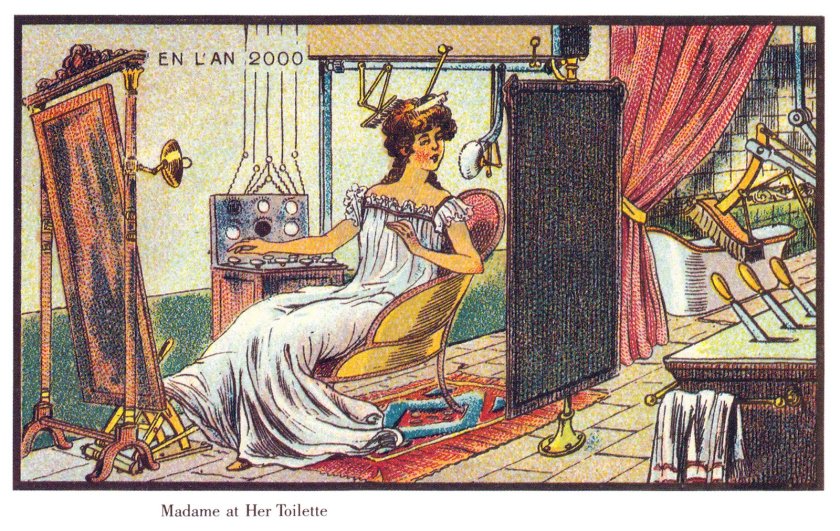 French artists like Jean-Marc Cote helped produce 87 pictures printed on cards included with cigarette and cigar boxes. Cote planned to print the images as postcards, but money problems prevented that from happening. It wasn’t until 1986 that they resurfaced again. Science-fiction author Isaac Asimov found and published them with commentary in a book, finally bringing them into the public eye. RealClearLife has gathered the most interesting of these futuristic drawings below. 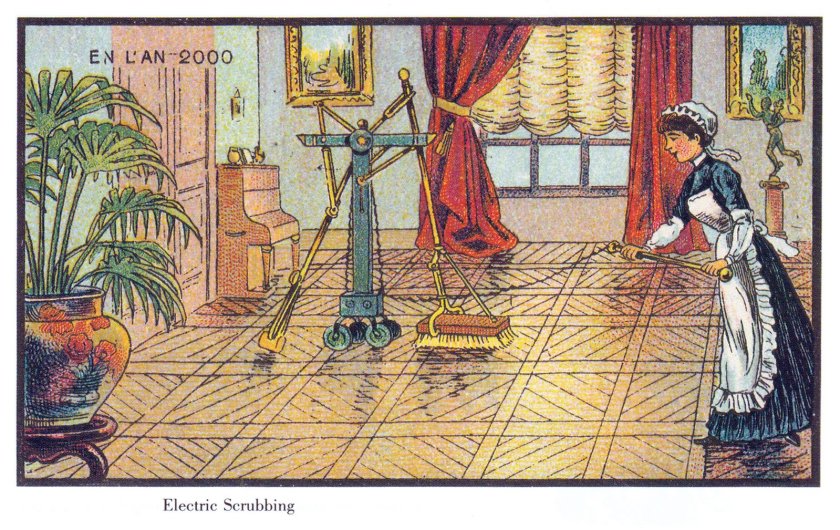 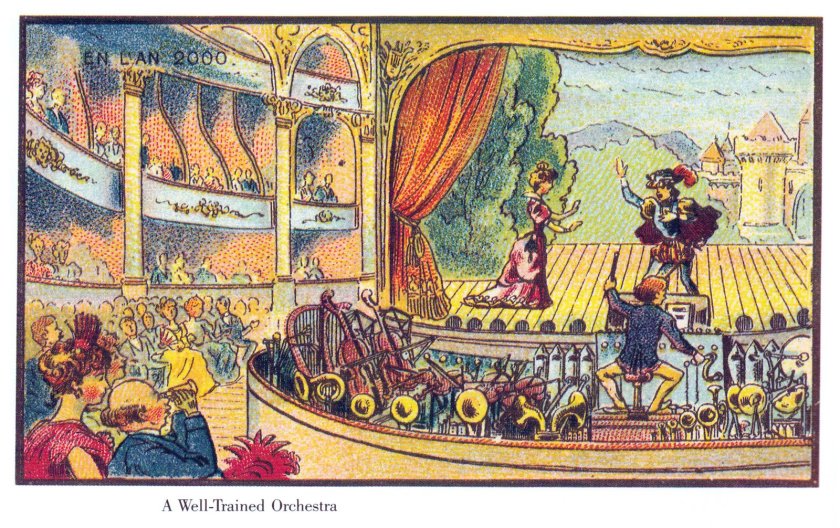 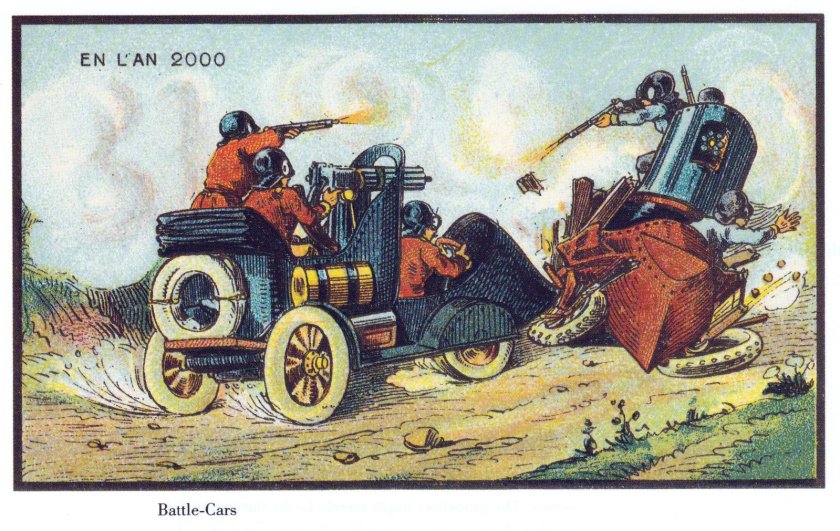 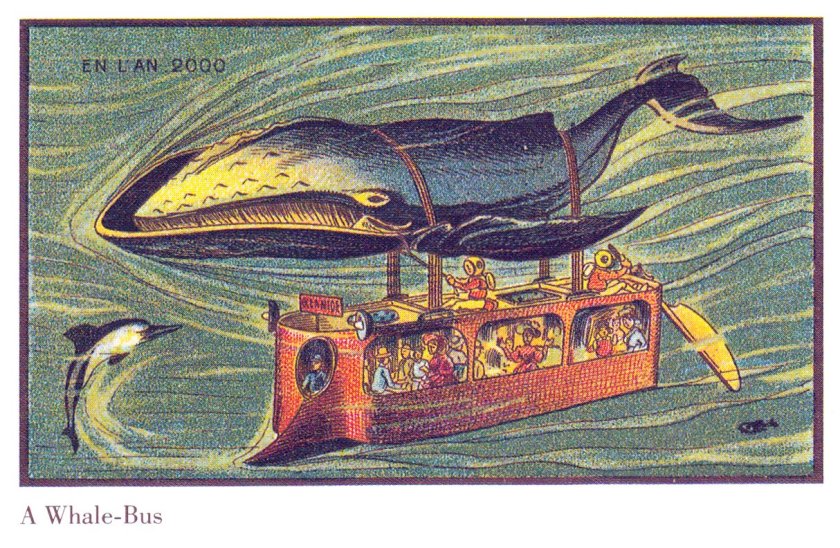 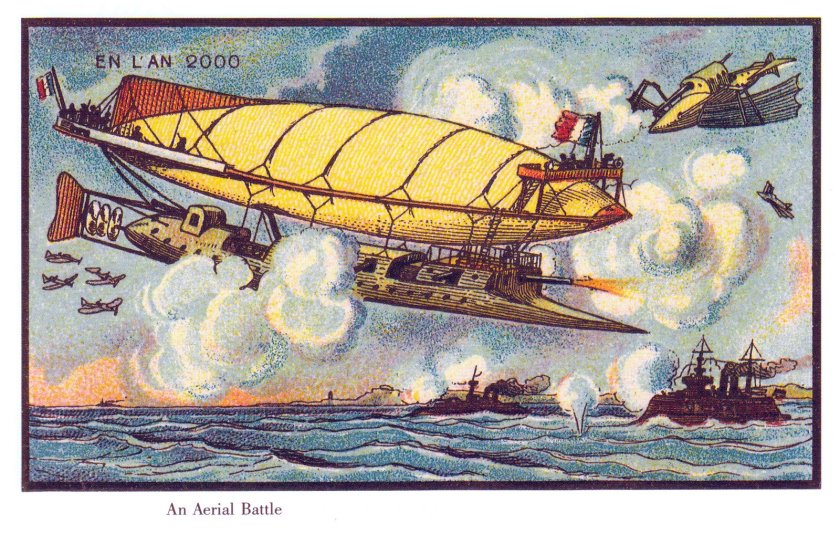 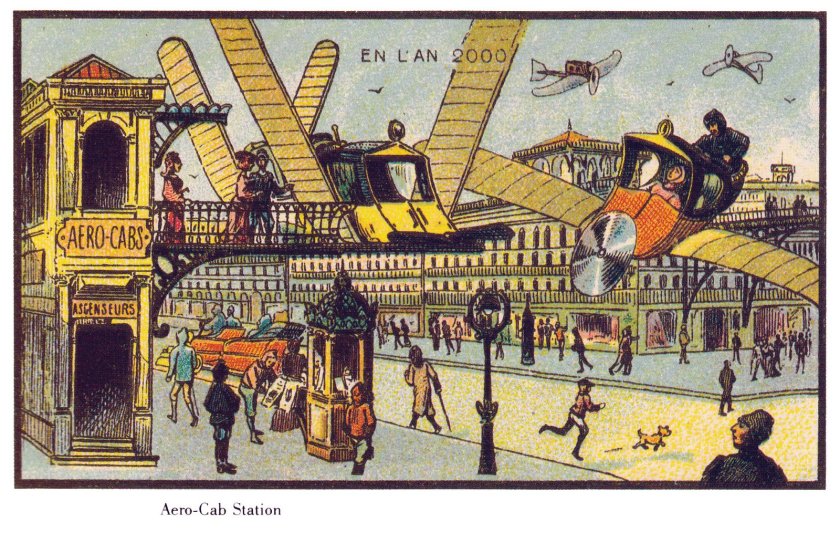 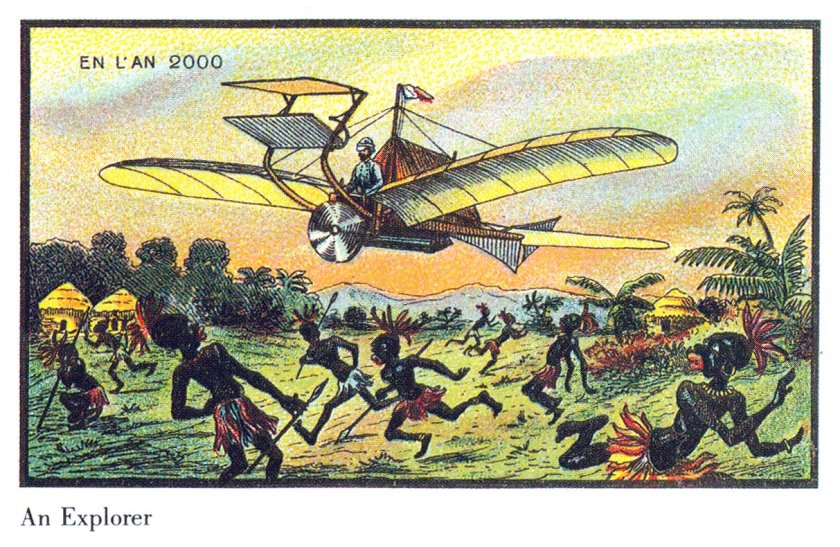 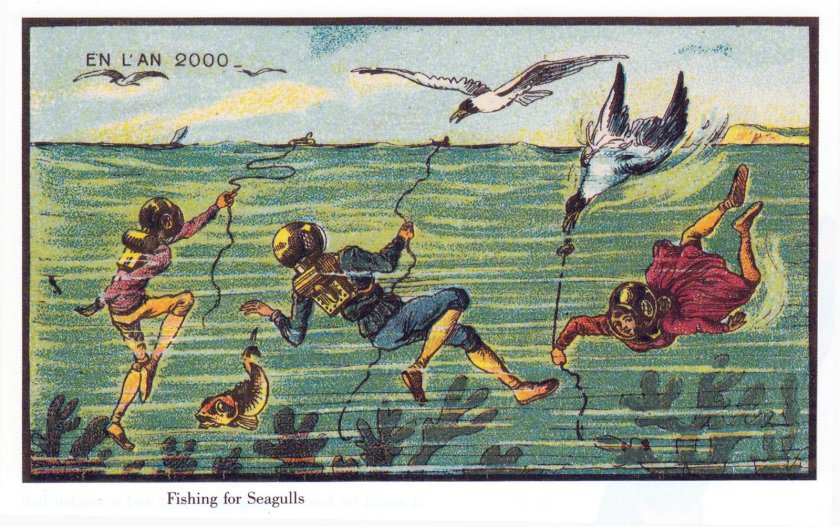 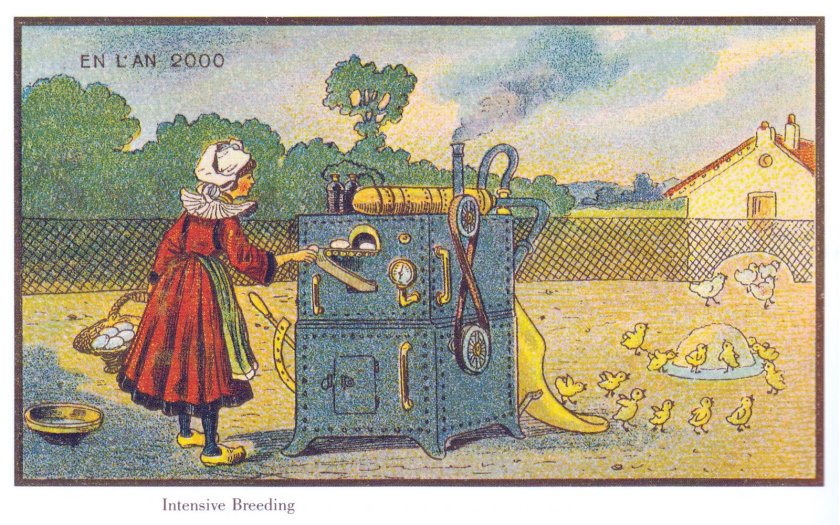 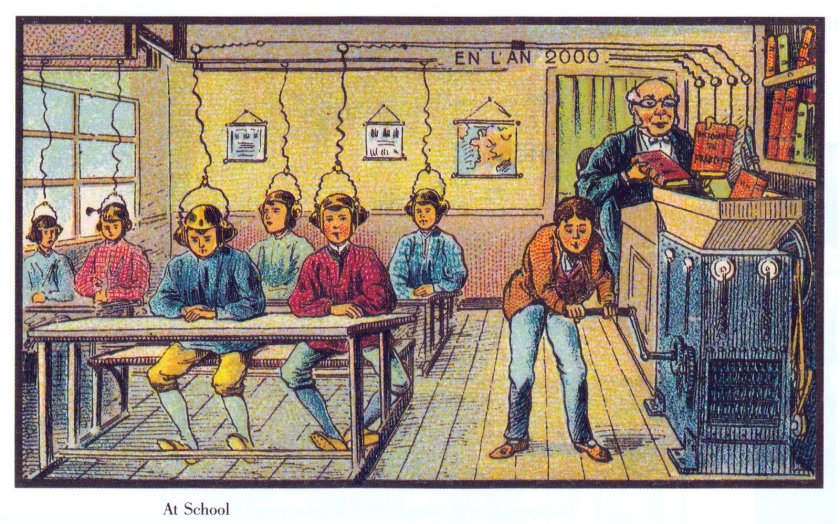 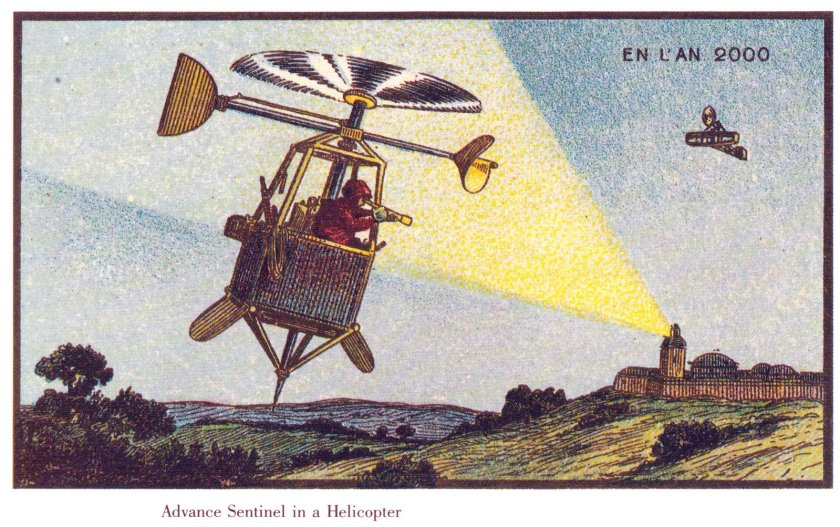 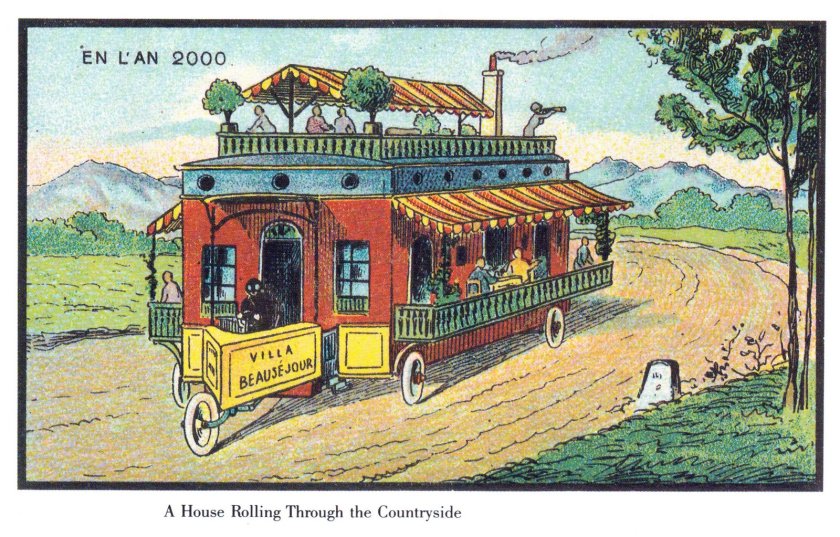 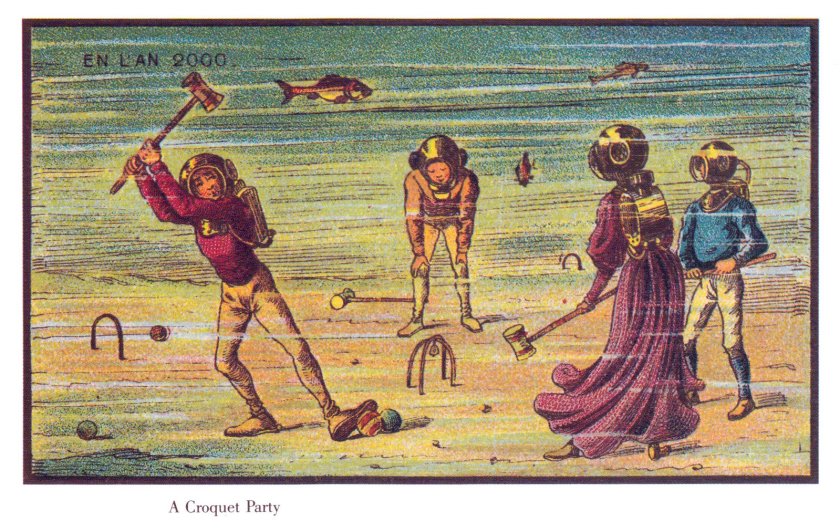