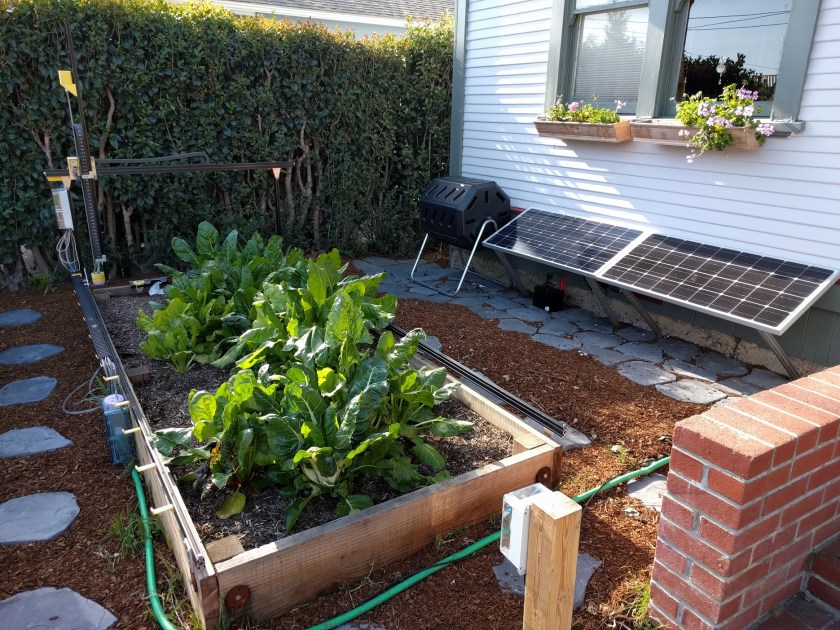 The folks behind FarmBot are looking to put your landscapers out of business.

FarmBot has built an autonomous robot called Genesis, which plants seeds and accurately waters them for optimal growth. It even blasts away pesky weeds. Running along tracks on either side of your yard, the autonomous robot sits over the soil bed and plants crops in whichever arrangement you desire. Powered by a software that allows easy customization, Genesis can simultaneously grow many different crops within the same farm bed.

Genesis might seem high tech and industry-specific, but it’s actually custom made for use in anyone’s backyard. The robot is powered by software that you control; would-be farmers drag and drop a selection of 33 available crops onto a digital soil bed—spaced out to perfection—before the robot even lifts a finger. Available as an app, Farmbot allows you to monitor and make remote updates to your garden via your smartphone. 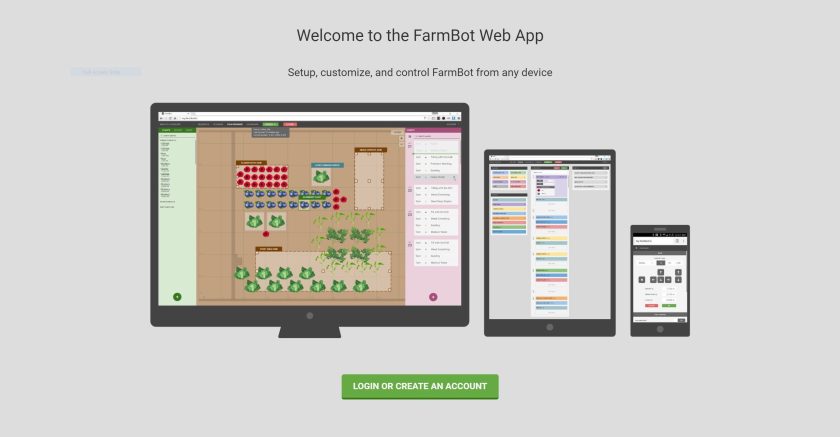 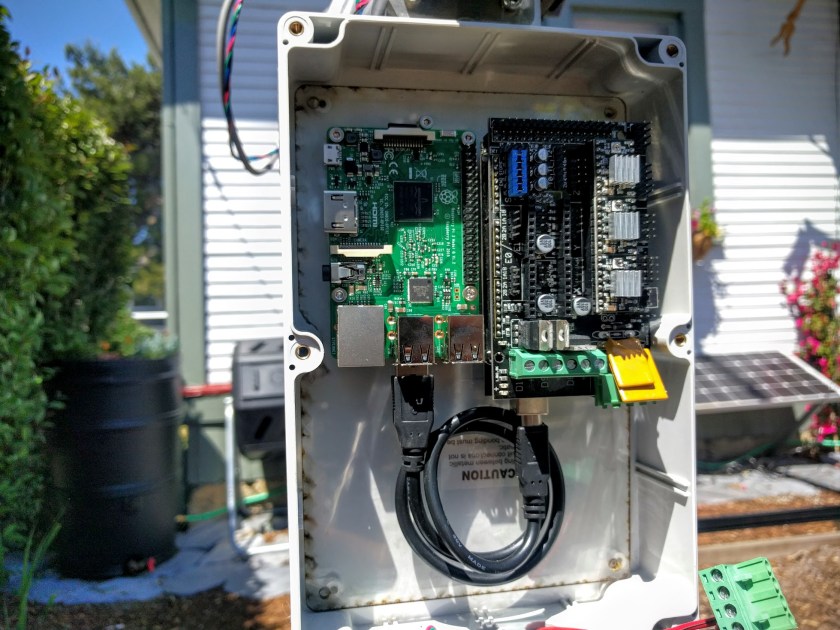 Designed to adapt to almost any environment, Genesis was built using open-source technology, meaning anyone with the know-how can take the product and improve upon it. It also means that scaling up the size of one’s farm or replacing a broken part on Genesis is as simple as 3-D printing more components.

Genesis’ simple user interface means that integrating add-ons for the robot would be relatively easy, too. Atmospheric devices that monitor weather could be incorporated into Genesis for more precise farming. For example, if it were to rain all day, Genesis wouldn’t water your plants. 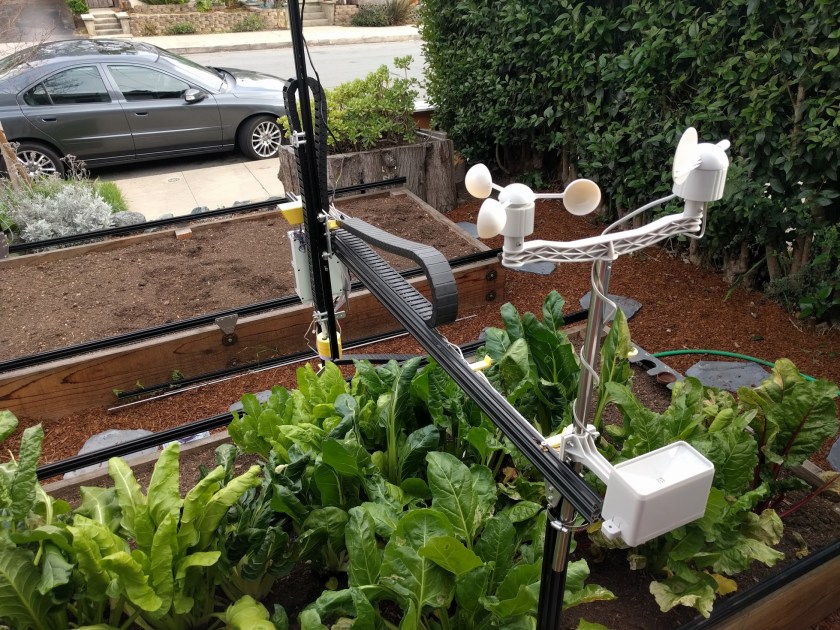 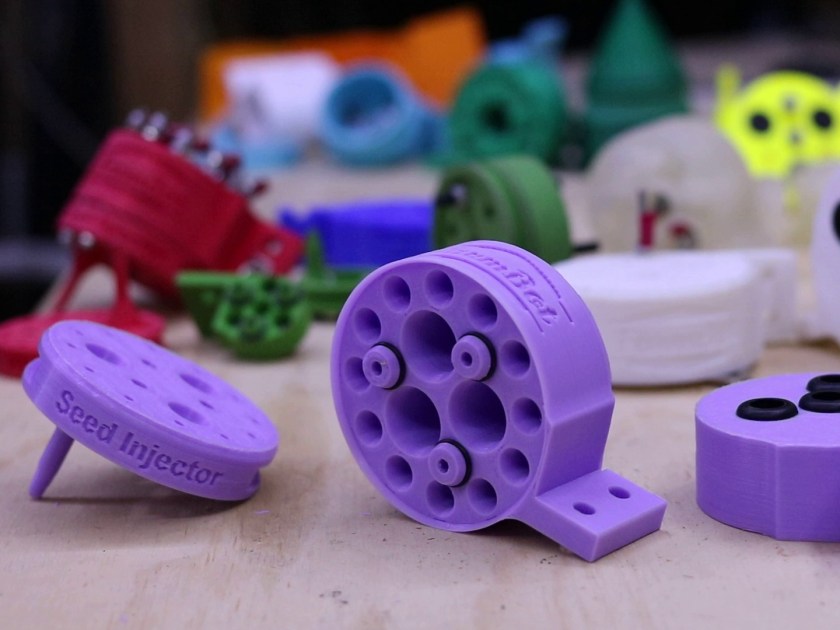 Although Genesis farms autonomously, it does require some assembly. Sold as kits that can cover a 9.5- by 4.6-foot space, Genesis is shipped as a kit that includes all the parts needed to get a mini-farm up and running, except for the farm bed. In addition to the soil, the robot requires utilities like water and electricity, and of course, an internet connection.

Currently, the FarmBot Genesis kit sells for $3,100, but creator Rory Aronson told Smithsonian magazine that it could cost as little as $1,000 in the future. If you’re interested, you can order one here. Watch the video below to see Genesis in action.