This Article Will Make You Less Confident About Your Job Security 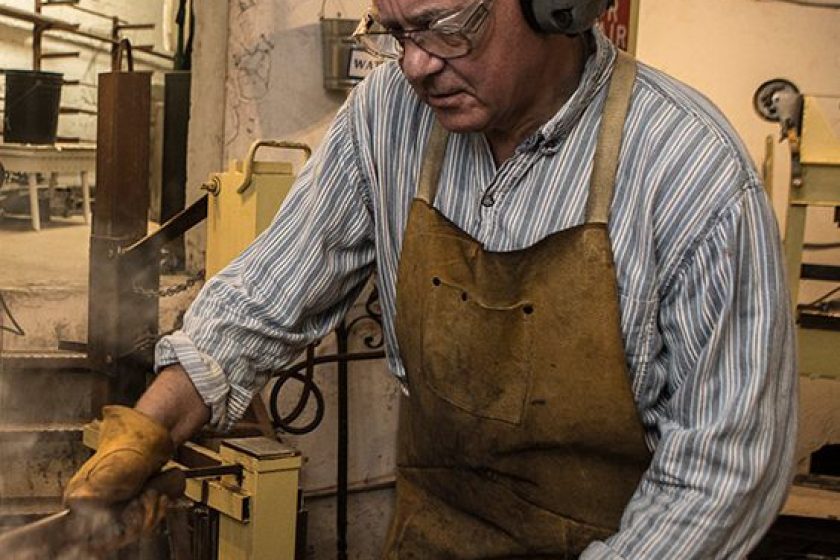 A blacksmith works in a shop. (April Greer/Washington Post/Getty Images)

There’s a startup called Scale. It launched this summer with a strong business pedigree. (It was founded by a couple of former Snapchat employees. And it received seed funding from Arena VC, a big venture capital company on the West Coast.)

The purpose of Scale? To help companies outsource their human-powered tasks quickly and easily. As in, with one line of code.

And sure, these human-powered tasks will be outsourced to other humans. But these other humans will probably not be located in the United States.

Scale—which is already providing services for major brands such as Uber and Procter & Gamble—is just another example of an alarming fact: If you work in America, your job is probably not as safe as it once was.

And if you’re saying, “Hey, I’m not going to lose my job. I’m not some steel-mill worker in Pennsylvania. Or some coal miner in West Virginia. Or some heating-and-air-conditioning-factory worker in Indiana.” Then you should know that that doesn’t make you safe anymore.

At least not according to Dustin McKissen.

McKissen, the founder of the consulting group McKissen + Company and one of LinkedIn’s top voices on management and corporate culture, is the author of an article on LinkedIn called, “Think 2016 Was Crazy? Wait Until the Accountants Get Replaced by Robots.” This is a column that might make you nervous, no matter how you earn your paycheck.

McKissen argues that blue-collar jobs are not the only ones that are, as Bruce Springsteen put it, “going and they ain’t coming back.” Due in large part to automation, gray-collar and white-collar jobs are at risk, too.

Writes McKissen: “In September Walmart announced the elimination of 7,000 back-office and accounting jobs, noting in their statement the positions became expendable due largely to advances in automation and software.”

McKissen continues: “According to the MIT Technology Review, surgeons, lawyers, positions across the financial services sector, and educators are all on the list of professions likely to be dramatically impacted by automation.”

Of course, there is a theory that could make you feel a little bit better about your job prospects heading into 2017 and beyond: creative destruction.

As McKissen explains, creative destruction is a concept coined by Austrian economist Joseph Schumpeter to describe how innovation destroys old jobs and creates new ones. In other words, don’t worry if your position gets eliminated, because technology will invent a new position for you.

For example, the trucker who loses his or her job behind the wheel of a Peterbilt will become a virtual “trucker” who operates an 18-wheeler using a touchscreen.

Setting aside the question of whether a longtime trucker will even derive satisfaction from a position as a touchscreen trucker, there’s another question to address: Will it actually work like this? Will these jobs really exist? Will our country and our world create as many human jobs as it destroys?

McKissen pours water on the idea of creative destruction. He shrewdly points out, “Automation is explicitly designed to reduce the number of employees a company needs. It doesn’t make much sense to replace one lower-skilled worker with a higher-skilled, higher-paid, worker.”

It’s definitely discouraging stuff. But don’t jump out of that skyscraper window just yet. There is reason for hope, and that reason is this: It’s not too late to alter our future.

“We need to take action, rather than preach theories,” suggests McKissen. “We need to think of innovation not just in terms of gadgets and software, but also in terms of social technologies that could help ensure basic standards of living.”

To read the full column by McKissen, go here.