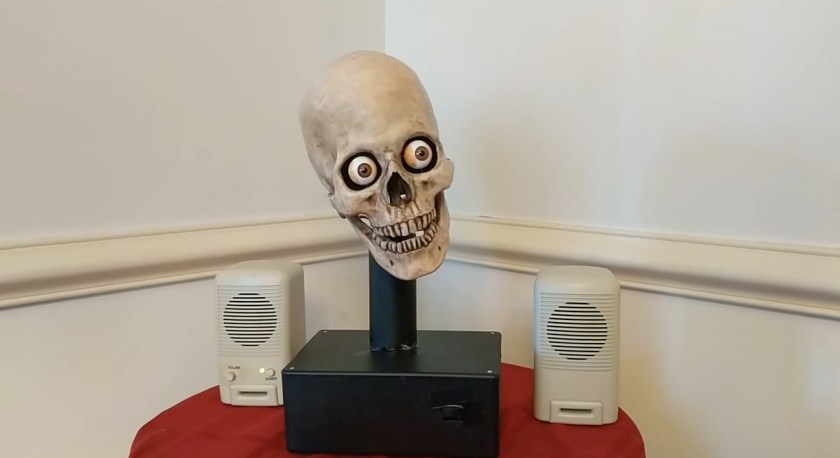 Amazon probably design its personal assistant Alexa to be used in the manner that Mike McGurin has perfected.

The self-proclaimed aspiring roboticist designed a creative and somewhat creepy use for Amazon’ AI by repurposing one of his Halloween decorations. As Gizmodo reports, McGurin was inspired by another genius animation using the AI: Alexa Billy Bass.

The creepy animated contraption, dubbed “the Yorick Project,” was made using a 3-axis skull,  a Raspberry Pi, and software called AlexaPi that turns the Raspberry Pi into an Alexa-enabled device. McGurin details how he built the Alexa-powered skull, diagrams and all, on his website. Aside from the three main parts, all that’s needed is some cash (he says the skull is the most expensive part) and a little bit of free time.

Check out the fruits of McGurin’s labor below.