Why People Are Still Obsessed With Ralph Lauren’s Polo Bear 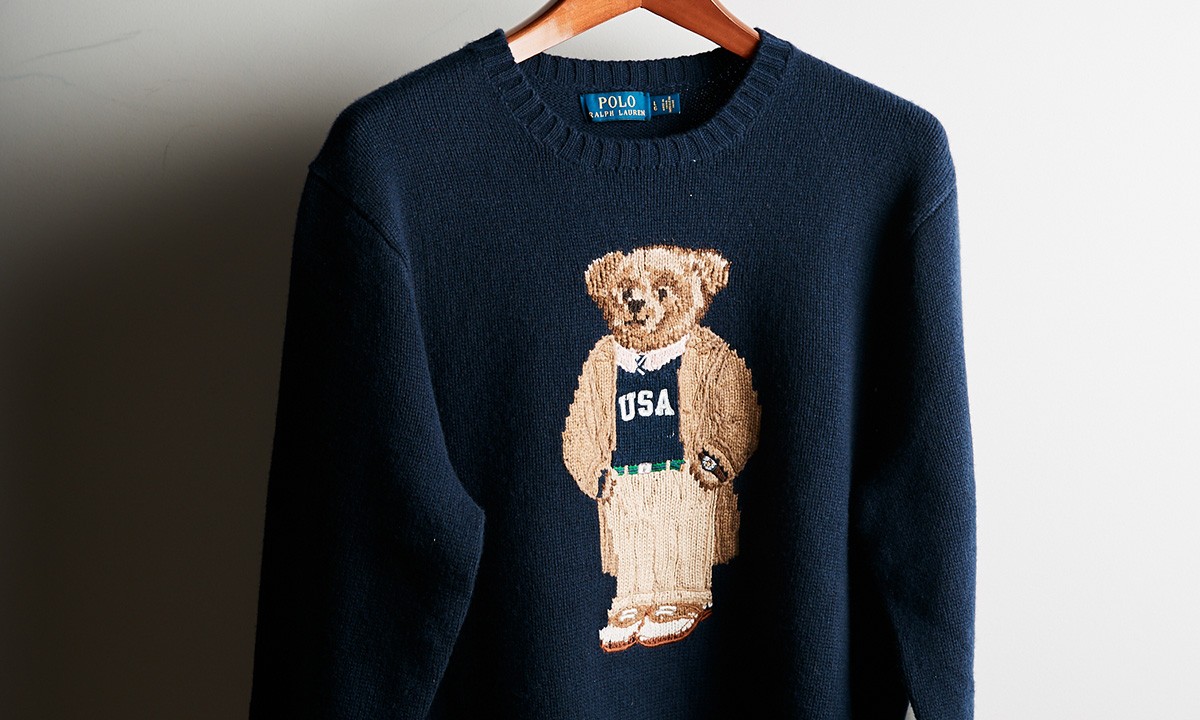 We all have our weird obsessions. Some people collect Air Jordans they’ll never wear, others are 40-somethings who love to compete with teenagers getting in on the latest Supreme drop. Then there are the Polo Bear obsessives. I will go ahead and cop to being two of those three things (Hint: I’m not 40 yet); I love the Polo Bear — and I’m not the only one. While we’re bound to read one article a year claiming the brand’s irrelevancy, people still can’t get enough of the stylish bear.

Case in point: last year when it was announced that the iconic brand was teaming up with the skateboard company Palace for a capsule collection that featured the bear doing a kickflip. The Internet freaked out. The collection went up for sale and the sweater sold out in just a few minutes. Less than a year later, you can get one if you’re willing to shell out close to a thousand dollars.

First introduced in 1991 after employees gave Ralph and his brother Jerry bears dressed up like them from the German toy manufacturer Steiff, the brand started selling their own version at their Madison Avenue store in a limited run of 200. The fuzzy toy dressed in an oxford and trousers sold out immediately, and the legend was born. From there, the bear could be seen wearing everything from hockey gear to a tuxedo, and everybody from prep school kids to rappers like Kanye West sported shirts and sweaters featuring the bear. (There’s an entire history at Grailed.) Today, you can walk into a store or — more likely — go online and customize a dress shirt with a bear in place of the iconic polo player or have a patch with the bear sewn onto your hat or jacket. The bear is so popular that yesterday the company announced that it was debuting Collegiate Bear — a new version picked by the obsessives who need to possess as many beanies and watches with the cuddly little guy on it as possible.

People have their reasons for buying up everything a specific brand puts out. Some are rabid completists, others know the resale market will reward them handsomely for their small investment. Polo’s teddy bear is definitely popular with both of those groups. But there’s also something a little deeper to it, I think. It’s the simple fact that we live in such cynical times and the bear represents something from our past. It’s stylish, but it’s also innocent; cool, but also sweet. It conjures up something that Cam Wolf of GQ brought up in his ode to the bear last year: “joy.” Joy sells, and few things bring people as much of it as a stylish teddy bear.

Fashion is fickle and tastes change with the seasons. One year Ralph Lauren’s iconic Polo shirts are hot, then the next they’re considered passé and then they’re hot again. I guess it depends on whether or not it’s one of those years when the prep look is “in.” But the Polo Bear in all of its forms, whether it’s snowboarding or dressed for classes at an Ivy, has shown staying power unlike nearly any other character or logo introduced in the last three decades. It’s always been cute, but nearly 30 years of continued fan obsession means the Polo Bear has officially reached icon status.