The 12 Best Crewneck Sweatshirts for Men 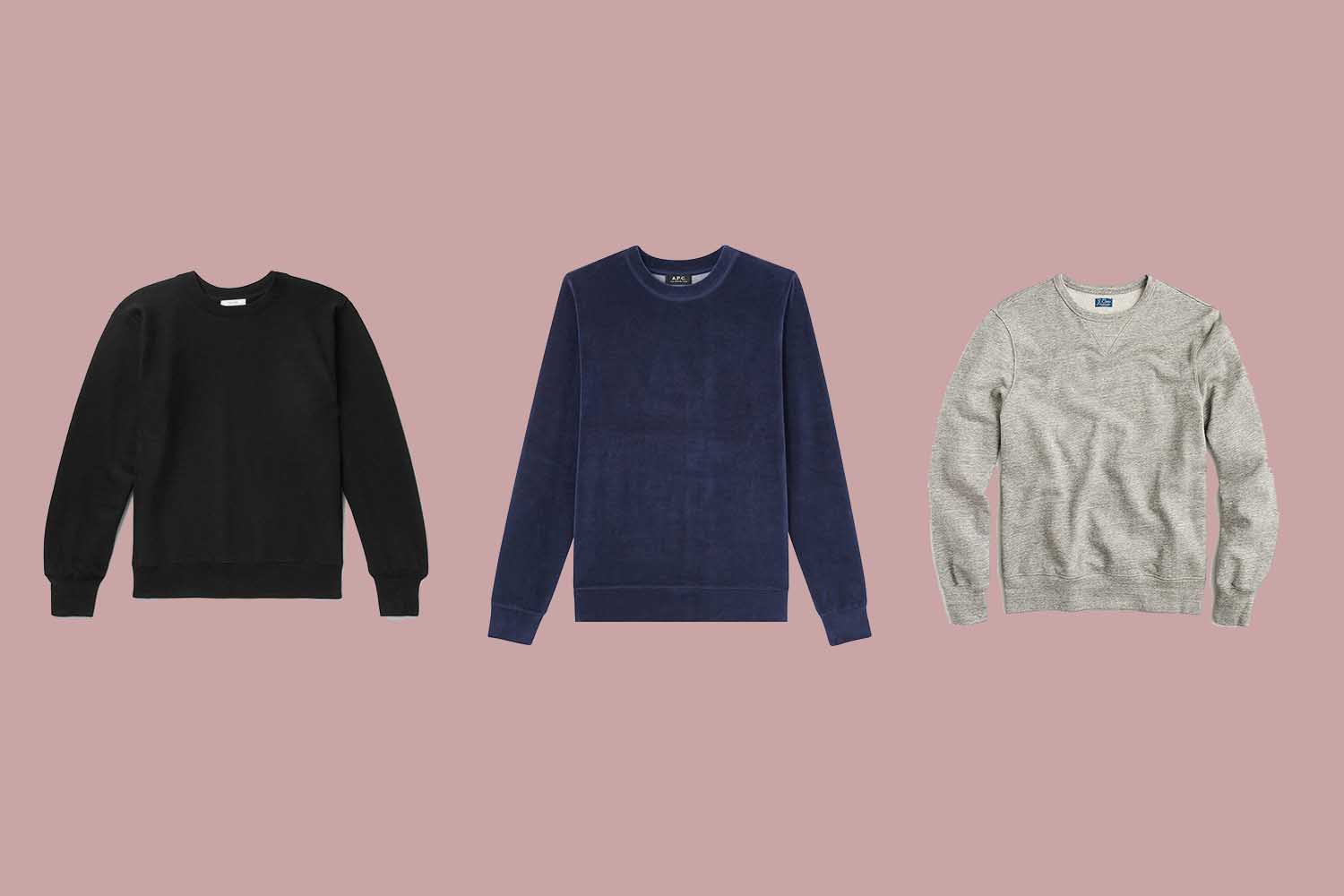 The promise of fall abounds, and with it the follows the inclination to reach for a sweater as you’re heading out the door. That’s fair and all, but might I suggest a sweatshirt in lieu of your tried and trusted knitwear? Don’t worry, I’m not talking about your beloved yet battered college hoodie, which should by no means be worn outside the house. What I’m suggesting is something a little more specific: the crewneck sweatshirt.

The sweatshirt is a criminally underrated article of clothing. Its wear has been relegated to such banal activities as running errands and doing laundry, something you throw on for comfort rather than style. But now you don’t have to sacrifice one for the other. It’s time to rid yourself of any notions of sweatshirts as strictly loungewear and start considering them as a serious contender in your fall wardrobe.

Allow me a moment to extol the benefits of the crewneck sweatshirt. You already know sweatshirts are comfortable, the reason being they were designed exclusively for comfort (what a concept). The first sweatshirt came to be in 1920 when University of Alabama football player Benjamin Russell Jr. sought an alternative to the abrasive fabric of his football uniform. Russell Jr. brought the idea to his father Russell Sr., who in turn brought his son’s idea to fruition. Thus the sweatshirt was born. Part of the sweatshirt’s comfort, and appeal, lies in its warmth, and while a sweater can also keep you cozy, fabrics like wool — especially cheap wool — can make them not so pleasant to wear.

You’ve probably been accustomed to wearing sweatshirts by themselves, but if you’ve never used a sweatshirt as a layering piece, then you’re truly missing out on one of their greatest attributes. The crewneck sweatshirt is ideal for layering, and what is fall without layers? Layer a collared shirt underneath to achieve that preppy-collegiate look. Alternatively, go sans shirt and layer a light jacket over the sweatshirt (a sweatshirt underneath a jean jacket is especially attractive). Or if you’re feeling bold, layer both under and over the sweatshirt.

So sure, it might officially be “sweater weather,” but who’s to say sweatshirts aren’t the superior fall staple?

There’s really no excuse for you to pass up this Gap option at only $24 with the discount code GAPFALL.

Mustard yellow and autumn are practically synonymous so go ahead and embody the season with this Uniqlo number.

Everlane calls this color “Light Sage” so don’t be surprised if someone asks if you’re going to Scarborough Fair.

You can never have too much navy, so why not add this sweatshirt to the mix? Its simplicity is optimal for layering.

This iteration of the crewneck sweatshirt has French in the name so you know it’s chic.

From the mind of Justin Bieber’s stylist comes this unisex version that’ll give you a slimmer fit.

Don’t be afraid to venture away from typical fall colors towards a hue that reads more spring. This lilac sweatshirt will provide a welcomed reprieve from the maroons and mustards of the season.

Like many things, sweatshirts improve with age. The more wear to a sweatshirt the better, and this one from Frame is artfully distressed so it’ll look, and feel, like you’ve already had it for years.

This red isn’t exactly subtle but just because it’s a sweatshirt doesn’t mean it has to be understated.

At first glance this might look like just another navy sweatshirt, but upon closer inspection you’ll notice it’s actually velvet. The richness of the fabric is balanced out by the low-key color.

A little longer than your normal sweatshirt, the oversized fit of this Lemaire one is perfect for days when you just want to be swathed in coziness.

The Row is known for its pared down yet absurdly luxurious basics, and this sweatshirt is no different. We know how girls like to “borrow” guys’ sweatshirts, but don’t let this one out of your sight.