You Need a Chore Jacket. Here Are 12 to Consider. 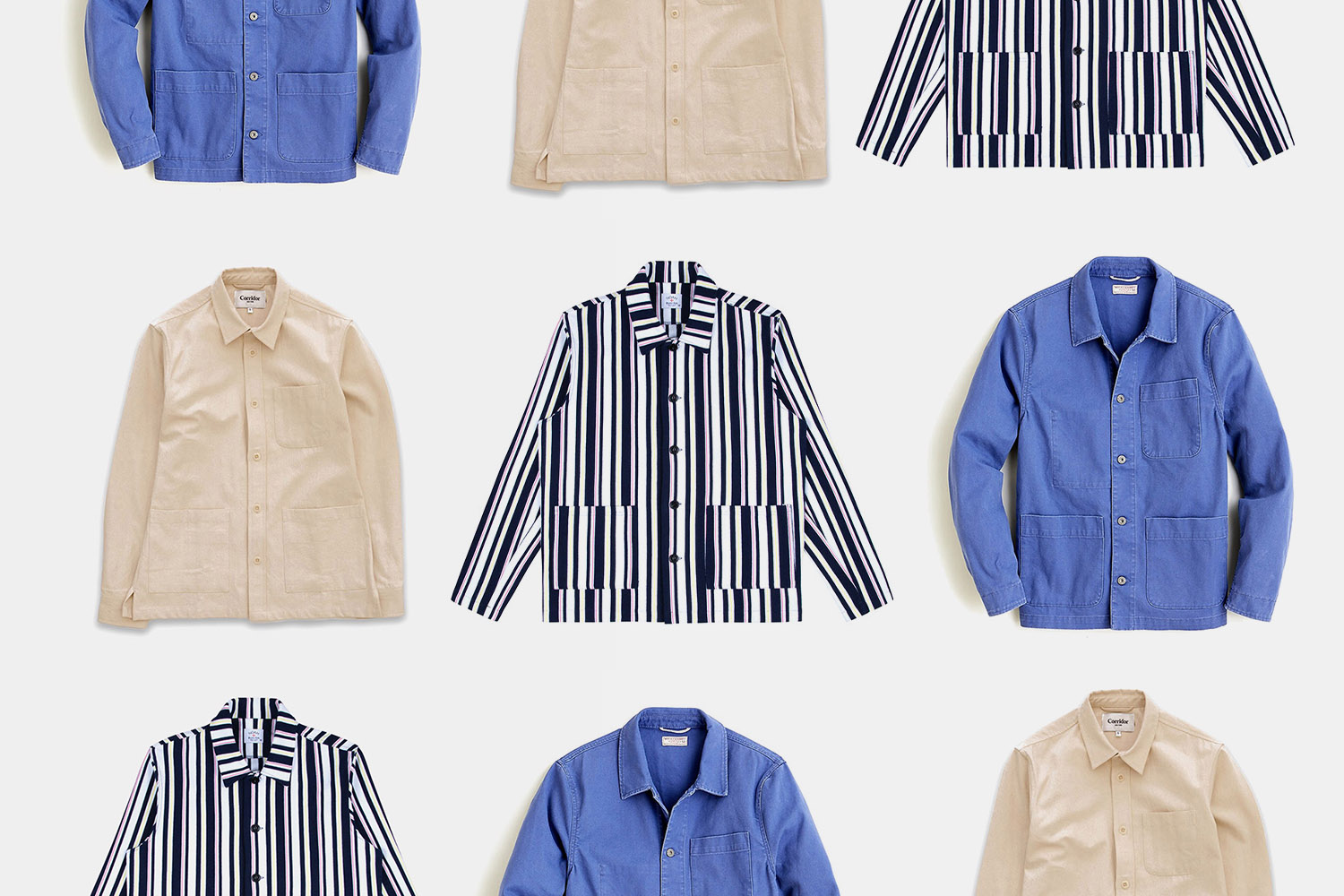 Like many chic things, the chore jacket has its origins in France. As their name indicates, their original use in the nineteenth century was as outerwear that would be capable of withstanding strenuous physical labor. They were worn by farmers and laborers and typically came fashioned from moleskin or cotton dyed bright indigo, what the French call bleu de travail, or “work blue”.

But, naturally, once the bleu de travail reached the States, we had to give it our own moniker, the result being the slightly less sophisticated and not as fun to say chore jacket/coat. And as happens with many workwear staples, from denim to jumpsuits, the chore jacket was co-opted by non-laborers purely for stylistic purposes. When exactly the transition was made from signifier of the working class to signifier of cool took place is unclear, but the chore jacket is now firmly a wardrobe staple.

The interpretations you’ll find on the market today stay true to the classic silhouette of the OG — a slightly loose fitting, boxy cut — but now in a range of colors and fabrics. You’ll be hard-pressed to find one in moleskin (although if that’s what you’re after, Etsy has a wide range of vendors solely dedicated to selling true vintage, moleskin chore jackets, in the quintessential blue).

If you’re at a loss for how to style one, it’s simple: throw it over literally anything. That’s the beauty of a chore jacket — it works in any sartorial situation, all while managing to feel fresh and classic. Of course, what more would you expect from the French?

Technically an overshirt, this Corridor piece has all the makings of a chore jacket (the pockets, the cut, the collar) just in a slightly lighter fabric, perfect for dipping your toes into the chore jacket waters.

Uniqlo has taken some artistic liberties with their denim work jacket in their U line. The fit is a little more oversized than your run-of-the-mill version, and the lapel is wider, lending it a 70s feel. Groovy.

Taylor Stitch took a note from the original chore jackets and crafted theirs out of moleskin, meaning it’s both soft and durable, and will reflect the life of the wearer.

What do you get when you combine a military jacket with a chore jacket? The answer is this twill chore jacket from Everlane. It’s what you would call a wardrobe essential.

Sure, you could settle for yet another basic denim jacket. Or, you could get just not a denim jacket, but a patchwork denim chore jacket. It’s a little bolder, but the denim fabric aids in preventing it from being too out there. Plus, it’ll match practically any wash of jeans.

This may very well be the chore jacket to end all chore jackets. Although relatively simple in appearance, this jacket from Bode is all about the detail: look closely and you’ll notice the open stitching along the collar, pockets and wrists, as well as the beaded logo. It’s also worth mentioning that Harry Styles is frequently spotted wearing the brand, so, need we say more?

Freemans Sporting Club describes this as a fall staple, but we think it spans seasons. The Kuroki Mills Denim will be a nice reprieve from all the light washes that tend to dominate spring.

If you can’t get an original French chore jacket from the 19th century, J.Crew’s Wallace and Barnes version comes pretty damn close to the real thing.

You can really lean into the whole workwear look with Vans’ stripe denim chore coat, who’s hickory stripes resemble something a train conductor might wear. But, you know, a chic train conductor.

Once you get your basic chore jackets out of the way, this is what you move onto. Leave it to Noah to make a chore jacket inspired by 80s prep and crafted not out of twill or cotton or canvas, but Practice Cloth, their sustainable rugby-jersey fabric.

Best Made describes their chore coat as “their number one throw-it-on-and-go later” which is a pretty apt description. It’s a pretty standard chore coat, so if you’re an expert chore coat wearer and looking for something a little more advanced, we recommend their Indigo Chore Coat, but covered in dots.