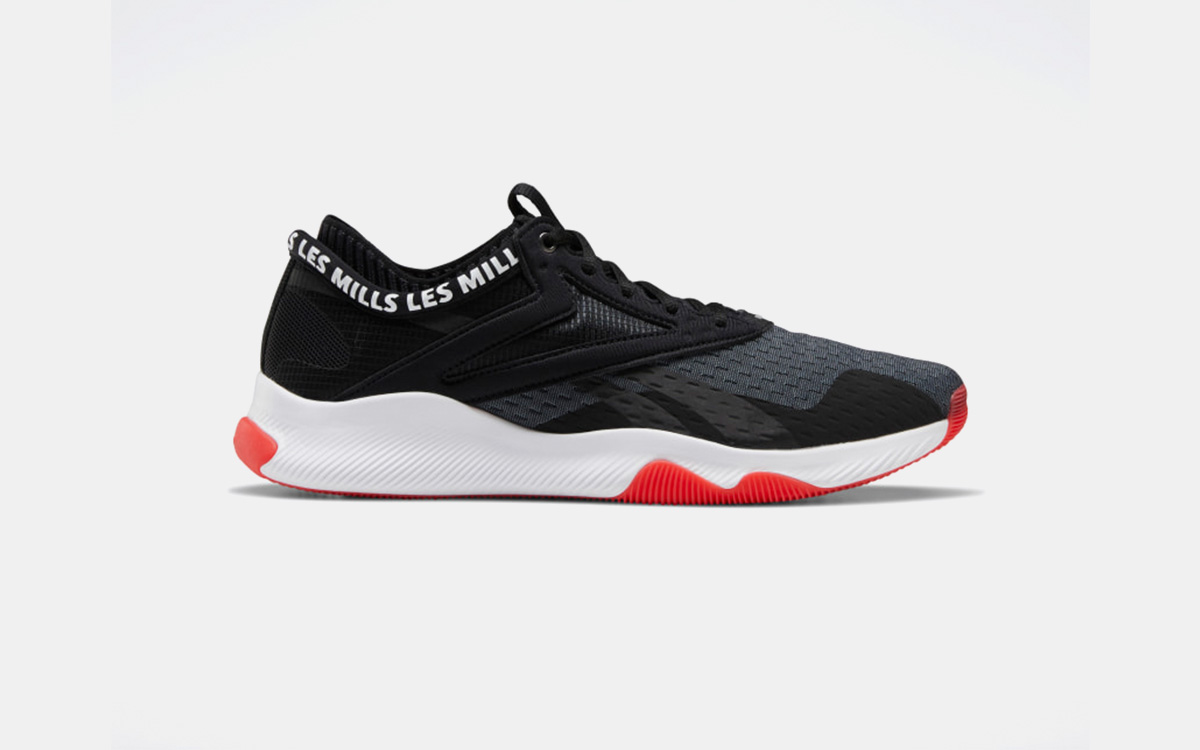 Last year, we wrote about Reebok’s Nano 9, the latest generation in a line of CrossFit sneakers. While earlier models had focused on CrossFit-centric gimmicks (protective layers to avoid fraying from ropes, an upper laced with Kevlar) the Nano 9 is simply a perfect shoe for weightlifting. The sneaker’s flat platform and roomy toe box discourage “fidgeting” while you’re maxing on the squat rack, ensuring that you can dig several points of contact into the ground, and explode up from a stable base.

It’s a much safer alternative to standard running sneakers which provide an uneven, over-cushioned surface. Consider the difference between lifting up a big box while standing on hardwood, or lifting it atop your bed. To properly engage big muscle groups (which is the whole point of lifting legs), you need the right shoes. The world of workouts, though, isn’t split into track sessions and squat racks. There is an ever-expanding middle-ground of options, buoyed by the group fitness boom, and many command the same level of devotion you’d find in running, or CrossFit, or tennis, or basketball — all sports which we agree need their own specialized shoe.

One of the most popular is high-intensity interval training (or HIIT), a type of class that alternates bursts of all-out anaerobic exercise with 50%-effort cool-downs. The workouts include high knee runs, burpees, mountain climbers, medicine ball twists, all manner of rows, alongside old reliables like push ups and lunges, and are often completed in 30 minutes or less. For time-poor folks, they’re a a no-brainer. Studies have shown that HIIT can improve your VO2 max (the amount of oxygen you can utilize during exercise — more is better) more effectively than traditional endurance training, and of course it’s a well-established fat-burning king. Magazine cover bodies are made in the kitchen, it’s true, but with consistent HIIT, you’d still have a puncher’s chance, even with your bad diet.

In the last few months, major shoe brands have rolled out their first cracks at a HIIT-specific shoe. Last year, Nike announced the release of the Air Zoom SuperRep, and with its recent drop Reebok was even less subtle. Their offering is simply named the HIIT Men’s Training Shoe. The sneaker is part of the Les Mills collection, so named for the New Zealand track and field Olympian, whose son, Phillip Mills founded BODYPUMP — the famous group barbell workouts which have been at the forefront of the very-sweaty-training revolution.

I’ve had the opportunity to test out Reebok’s HIIT sneaker for a few weeks now and can confirm that burpees never felt so good. Where the Nano 9 was a little stiff, and recent running shoe designs are too foamy and angular (I run in a pair of Nike Pegasus Turbo 2s), the HIIT sneaker is anaerobic exercise’s resident Goldilocks. The outsole is purposely chunky, with two high-performance rubbers, and has what’s called a “mixed-grip sole.” Basically, the grip is stuttered differently on each half of the sole, which prevents slipping during lateral or multi-directional movements. (This works particularly well when banging out mountain climbers.)

There is enough cushion, though (it uses lightweight EVA) to keep your dogs happy during box jumps and rapid-fire lunges. And if your trainer or class instructor dares to make you run in them, they can pull double duty, unlike the Nano 9s, which gave me shin splints the one time I brought them out for a jog. I actually had to wear them on a three-mile hike a couple weeks ago, after forgetting to pack my hiking trainers, and they were great.

If you’re interested in copping a pair, head here. They come in four different colorways, but we’re partial to the black and red. 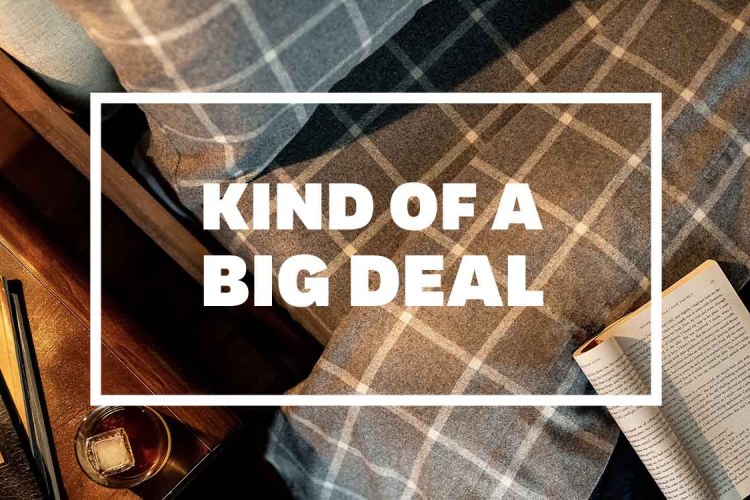 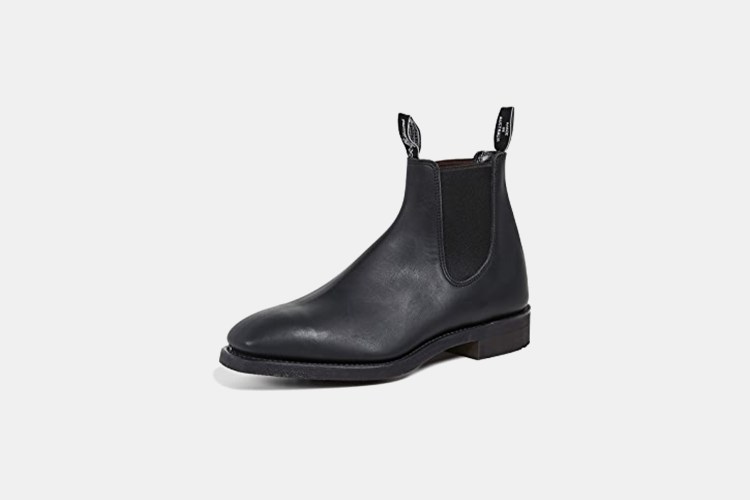 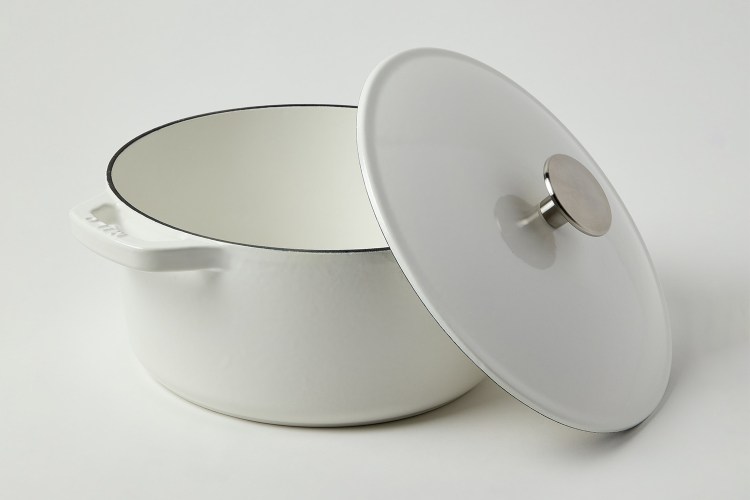 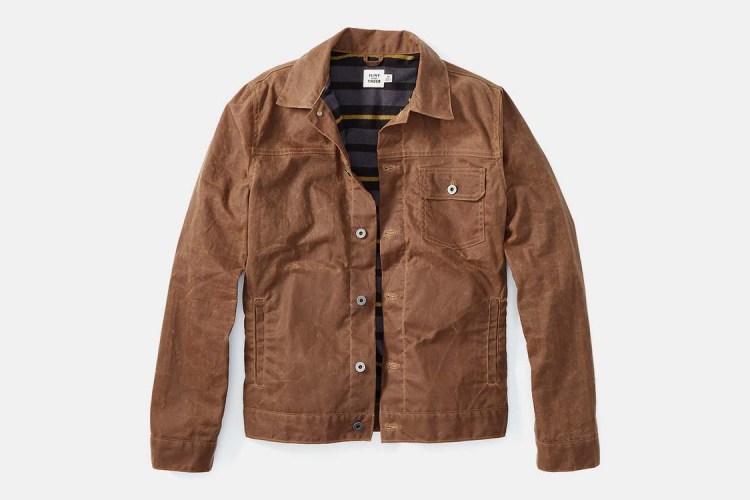