Nike Releases the “No Denim Allowed” Collection Ahead of the U.S. Open 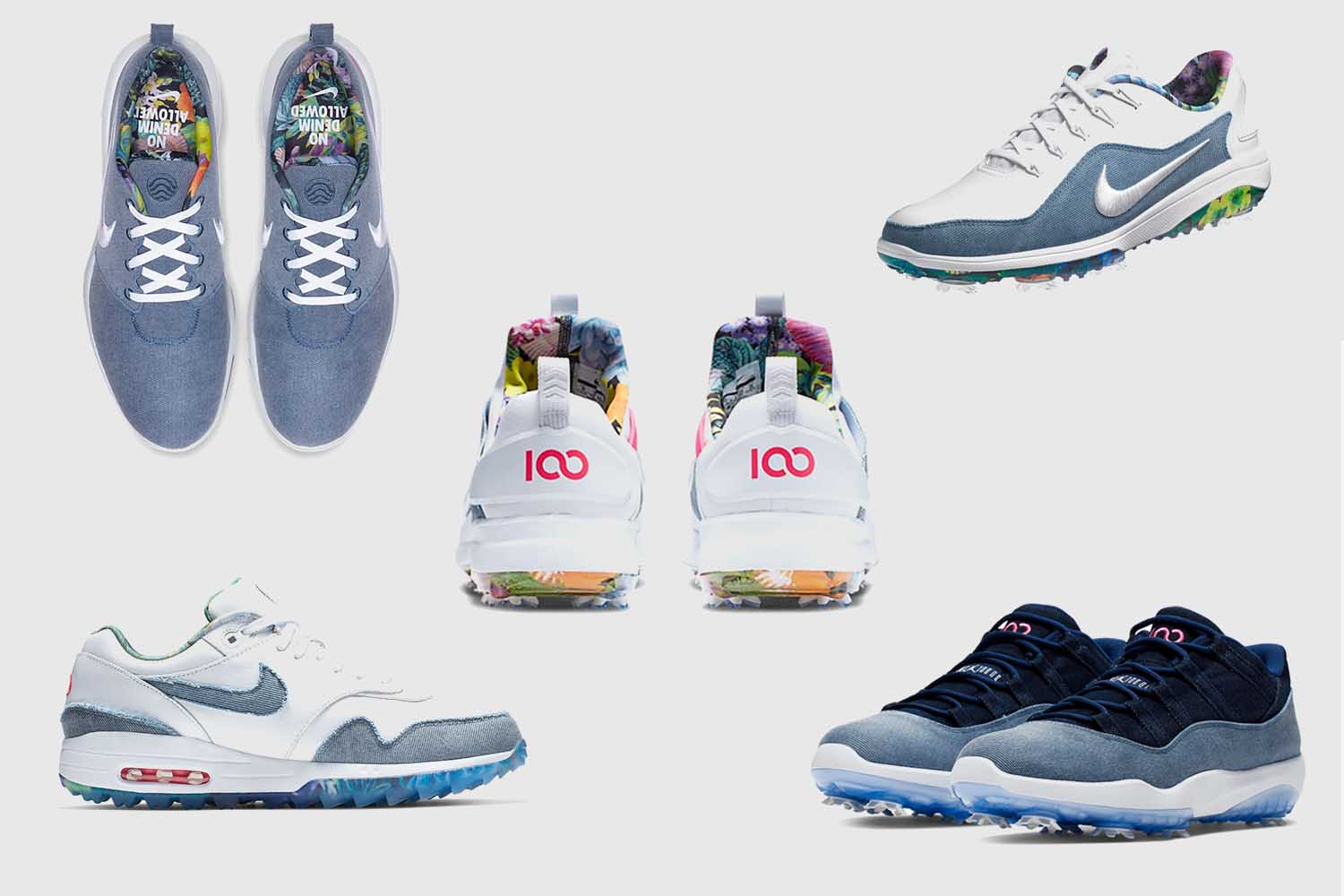 In honor of golf’s biggest weekend (the U.S. Open is like Tiger Woods’ Met Gala right?), Nike has released its own collection of golf shoes specifically for this year’s national championship at Pebble Beach. And like the Met Gala, there are apparently fashion rules for golf, and specifically at Pebble — one of them being that no denim is allowed.

Accordingly, Nike’s U.S. Open pack is called “No Denim Allowed” and includes special editions of the Air Zoom Victory Tour, the Air Max 1 G, the Roshe G Tour, the Jordan 11, the Tour Premiere, and the Nike React Vapor 2, all designed with denim details.

Aside from the forbidden denim, the collection features white leather, a hyper-pink design that combines and infinity sign and the number 100, in celebration of Pebble Beach’s hundredth year. There’s also a wave-style badge on the tongue as a symbol of the location on the coast of California. Each shoe, minus the Jordan 11, also includes a California wildflower print on the outsoles and a floral insole stamped with a “No Denim Allowed,” as a lasting reminder.

This isn’t the first time Nike has brought denim to venues with conservative style traditions. At tennis’ 1988 U.S. Open, Nike dressed Andre Agassi in what looks to be a very uncomfortable pair of denim shorts.

The four styles released — the Air Zoom Victory Tour, Air Max 1 G, Roshe G Tour, and the Tour Premiere — have already sold out on Nike.com, but the entire collection will release on Dick’s Sporting Goods tomorrow, June 13th, so maybe set an alarm.