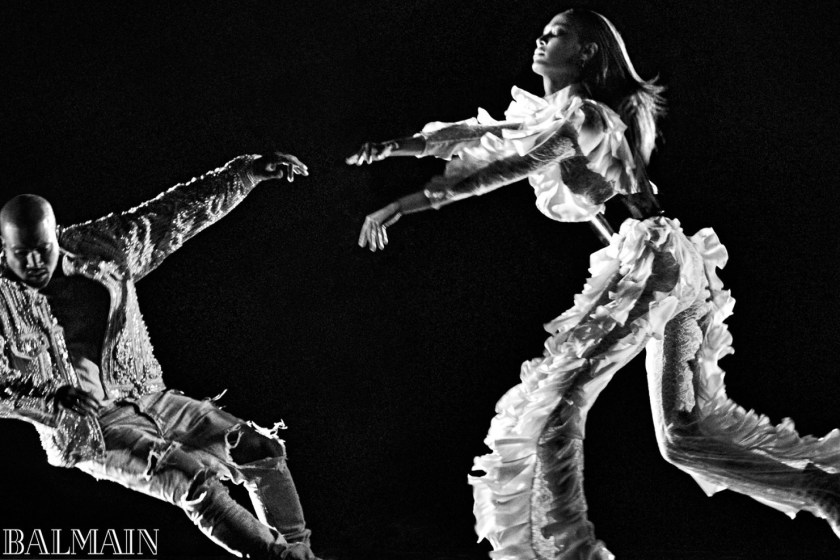 Kanye West has landed a new gig–as a model for the French fashion house Balmain. The rapper and designer has been unveiled as the star of the label’s new fall campaign, alongside supermodel Joan Smalls.

The house took to Instagram to announce the news, posting a black and white image of West and Smalls in a dramatic balletic pose. Smalls sports a pair of ruffled trousers and a cropped top, while West is captured in the ripped jeans and embellished jacket combination he debuted on the red carpet of the Met Gala back in May. The shot is accompanied by the caption “The ♯BalmainArmy is back.”

The announcement was coupled with the release of West’s video release for his song “Wolves,” which can be viewed below (lyrics NSFW). The music video doubles as a fashion show for Balmain with runway models–Jourdan Dunn, Josephine Skriver, Riley Montana, Joan Smalls, and Alessandra Ambrosio–sporting outfits from the label.

West’s promotion to chief of the Balmain Army should come as no surprise, given the close relationship he and his family have with the house’s Creative Director, Olivier Rousteing. The Yeezy designer made headlines when he and his wife Kim Kardashian West made their couple’s campaign debut for Balmain’s Spring/Summer 2015 ads. West’s sisters-in-law Kendall and Kylie Jenner starred in the Balmain Autumn/Winter 2015 campaign, with Kendall also featuring in the Balmain x H&M campaign video and regularly walking the runway for the designer. 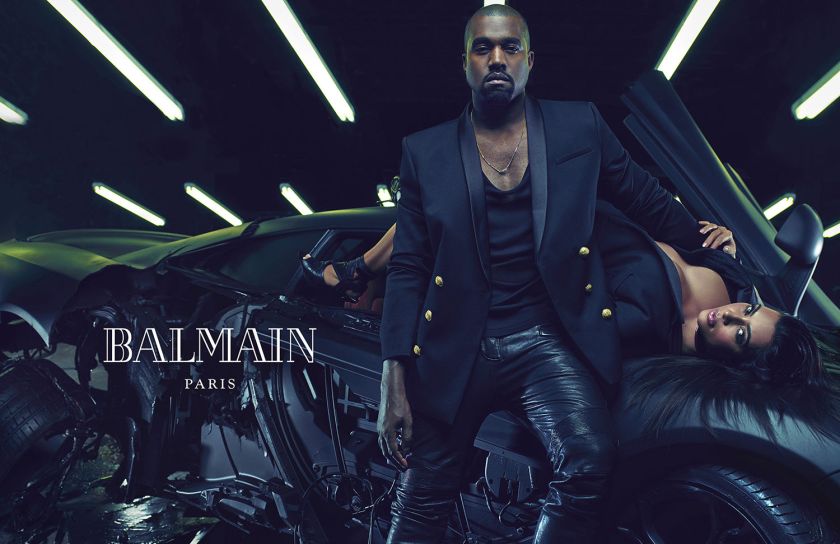