Toss one on and it's instantly F. Scott Fitzgerald meets P.G. Wodehouse 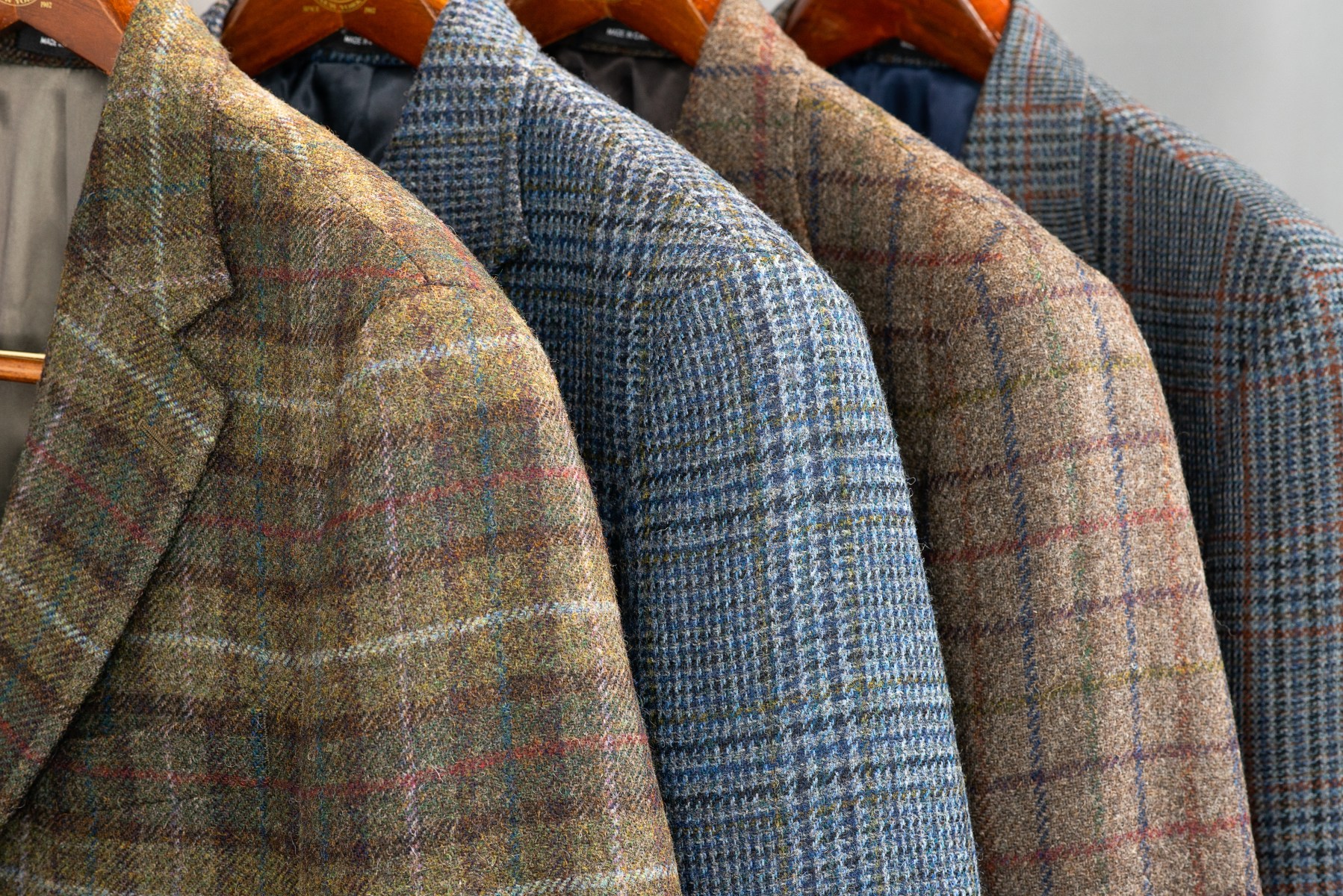 There are a few sartorial touch points I start to obsess over once autumn starts. More orange and green, for sure. I also start pulling out my Iron Rangers and other pairs of boots. My Barbour and Patagonia fleece come out of the closet. I feel a little better about rocking a blazer for no good reason at all. And then there’s all the heavy stuff that comes out of storage — a tweed sport coat and my J. Press Shaggy Dog sweaters, among the pile.

J. Press and Harris Tweed are both icons for similar reasons. You associate J. Press with a certain kind of smart, sophisticated person from the East Coast who probably went to a college with ivy all over its old buildings. It’s the F. Scott Fitzgerald of your wardrobe, while Harris Tweed is W. Somerset Maugham or P.G. Wodehouse: the fabric you most likely want to be wearing while walking around some idyllic field on a chilly morning in the U.K.

Given all that, a new collaboration between the two yields one of the most seasonally appropriate pairings I can think of: J. Press’s already great ready-made jackets done up in a number of rare Harris Tweed patterns. With all the subtle variations the fabric provides, it’s everything a customer of either brand could want.

The partnership goes back a few decades, but the evolution is noticeable. Slipping on a J. Press/Harris Tweed jacket today is a far more comfortable experience than the ones I’ve put on in the past. The fabric is still woven by hand in the Outer Hebrides Isles, but there’s more movement in these jackets, more give. It’s the sort of thing you buy and keep around for very specific days, for going up against blustery winds and fall evenings where you know you’ll be spending a little time outside.

There are a few reasons why people usually tell me they don’t think tweed is for them. One common response is, “I don’t want to look like Sherlock Holmes.” To which I reply, “Why the hell not?”

The fact is that you won’t look like Sir Arthur Conan Doyle’s famous detective, nor will you be as brilliant at solving crimes (sorry, I’m just stating facts here). But tweed is a much more versatile fabric than it’s given credit for. You don’t need to look like a British lord that goes fox-hunting to pull off tweed. I’ve caught more than my fair amount of flack from traditionalists for saying this, but I love wearing my tweed jackets with a pair of jeans. Easily one of my favorite fall looks. I am, in fact, a fan of ditching tweed pants all together. I tend to also wear a pair of heavy socks and loafers when I put it all together. And, hell, if you want, throw a rugby shirt underneath for the full old-prep-school look.

The other thing people tend to tell me when they’re on the fence about tweed is the price point. Starting at $895, a J. Press and Harris Tweed jacket isn’t cheap. But it will last not only you — it will probably look good on your kid when they pull it out of your closet in 20 years as well.