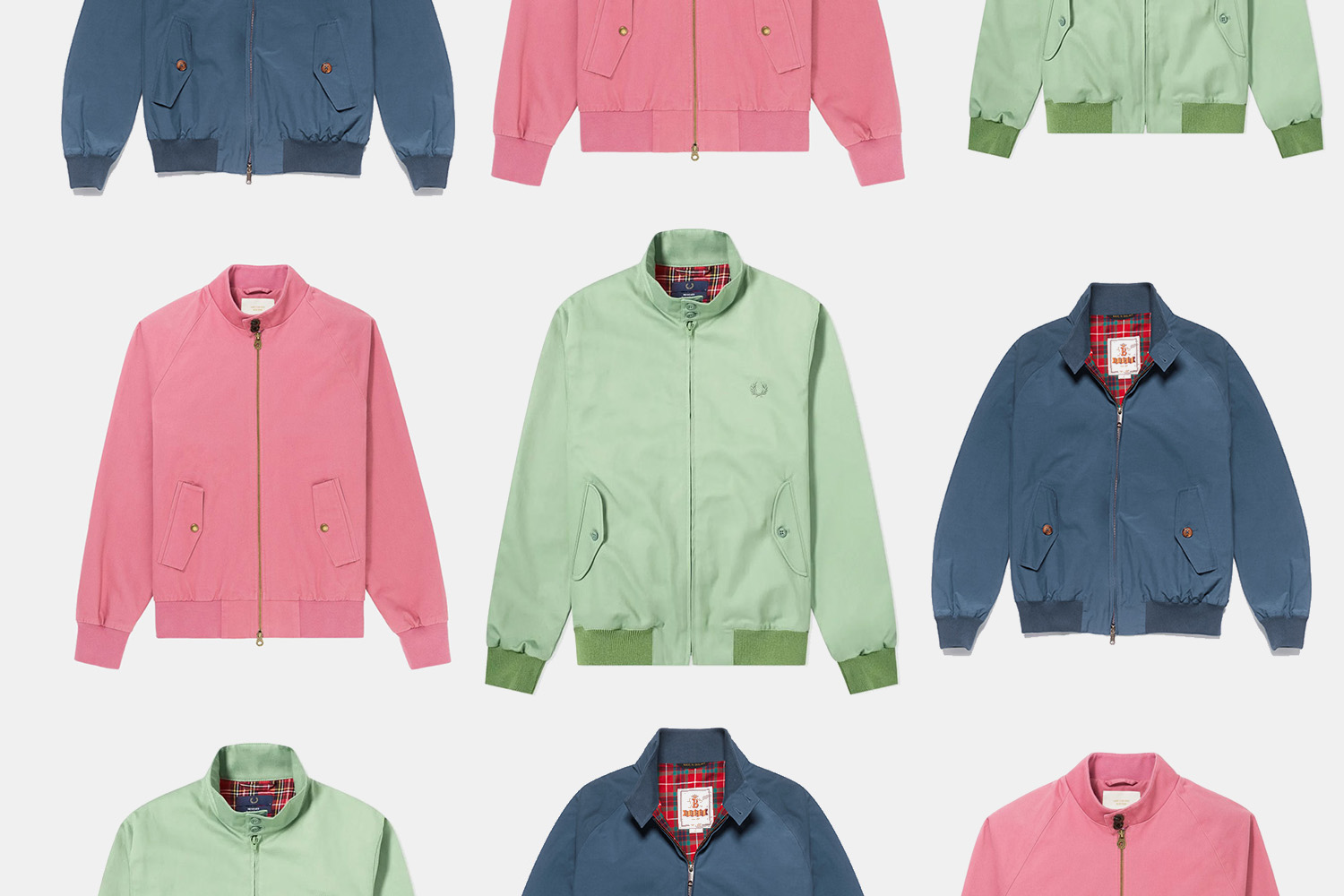 When it comes to looking cool, leather jackets have largely monopolized the field — they connote toughness and rebelliousness. But for many, they’re something that seems cool in theory but will never likely come to fruition in their wardrobes.

However, there is a style of jacket that rivals leather in coolness, if not surpasses it altogether: the Harrington. You’ve probably seen the silhouette before, given that it is one of the most ubiquitous, but if you were unaware of its name, or that it even had one, now you can readily identify it. It’s a jacket with an equally storied history as it’s leather counterpart. 1930 saw the first iteration of the style, the G9, from British brand Baracuta (which is still in production and still awesome), and it wasn’t long before the style garnered admiration from icons such as James Dean, Elvis Presley and Steve McQueen, and even came to be associated with both the mod and punk movement in the 1960s.

While the Harrington looks unassuming, that’s largely where its coolness lies — in its subtlety. Unlike the leather jacket, the Harrington is inconspicuous but still speaks volumes to those who know. And, admittedly, it’s an easier piece of outerwear to pull off, one that requires considerably less thought and effort.

Now in 2020, the Harrington is continually being updated in new colorways and fabrics, and even slightly altered silhouettes. But the overall aura remains the same.

So if you wanna look cool, but not too cool, a Harrington jacket is your best bet. Below you’ll find 10 of our favorite interpretations on the market, all equally cool.

We would expect nothing less from J.Crew than to create a classic Harrington. Their version stays pretty true to the original, save for the subtle tortoiseshell button details. If you’re at a loss for where to start when it comes to the style, look no further.

Random Identities has taken a little more creative liberty when it comes to the silhouette, but that’s what makes it worth purchasing. The two front pockets have been moved so they sit above the chest, lending the piece more of a workwear feel. Besides, who wouldn’t a jacket in this color?

No one does basics better than Uniqlo, and that is proven once again with their take on the Harrington. It really needs no explanation, other than that at $50, you should get it.

It’s only natural that a brand as classic as Ralph Lauren would throw their hat into the Harrington game, and they did not disappoint. While it comes in other, more subtle colors (like gray, tan and navy) with a silhouette so streamlined, there’s no harm in going for a shade that’s a little more conspicuous, like Sistine Blue.

Huckberry in-house brand Flint and Tinder’s version of the Harrington will prove to be a faithful and reliable option in your closet, one you can throw on with practically anything.

Most Harrington jackets tend to have a slight slouch to them, so if you’re in the market for something a little more on the structured side, Club Monaco’s iteration in Poppy Red is constructed from a sturdier cotton that is less likely to lose its shape.

A Harrington jacket can also make a great rain jacket (if made from the right fabric). Everlane’s checks off all the boxes: it’s made from water-resistant 5 oz cotton that’ll withstand the elements, and true to Everlane’s ethos, it’s supremely simple. It also lacks the traditional plaid lining, if that’s not your thing.

Baracuta’s G9 is as classic as it gets. They’re the brand that started it all, and their Harringtons are still the best of the best. If you really want to commit to the silhouette, this is where you start. And peep the classic tartan lining, that’s how you know it’s the real deal.

Okay, this jacket is sold out but we would be remiss not to include it on the list. I mean, how often do you come across a pink Harrington jacket? It doesn’t get more spring than this.

Fred Perry is up there with Baracuta when it comes to making tried-and-true Harringtons. Another Harrington in an unexpected color, the pistachio green feels simultaneously 1960s mod and modern. It’s the perfect throwback, without feeling or looking dated.