These French Sunglasses Were Worn by 007, Miles Davis and The Dude

If you're not familiar with Vuarnet's special brand of '80s alpine chic, it's time to get acquainted 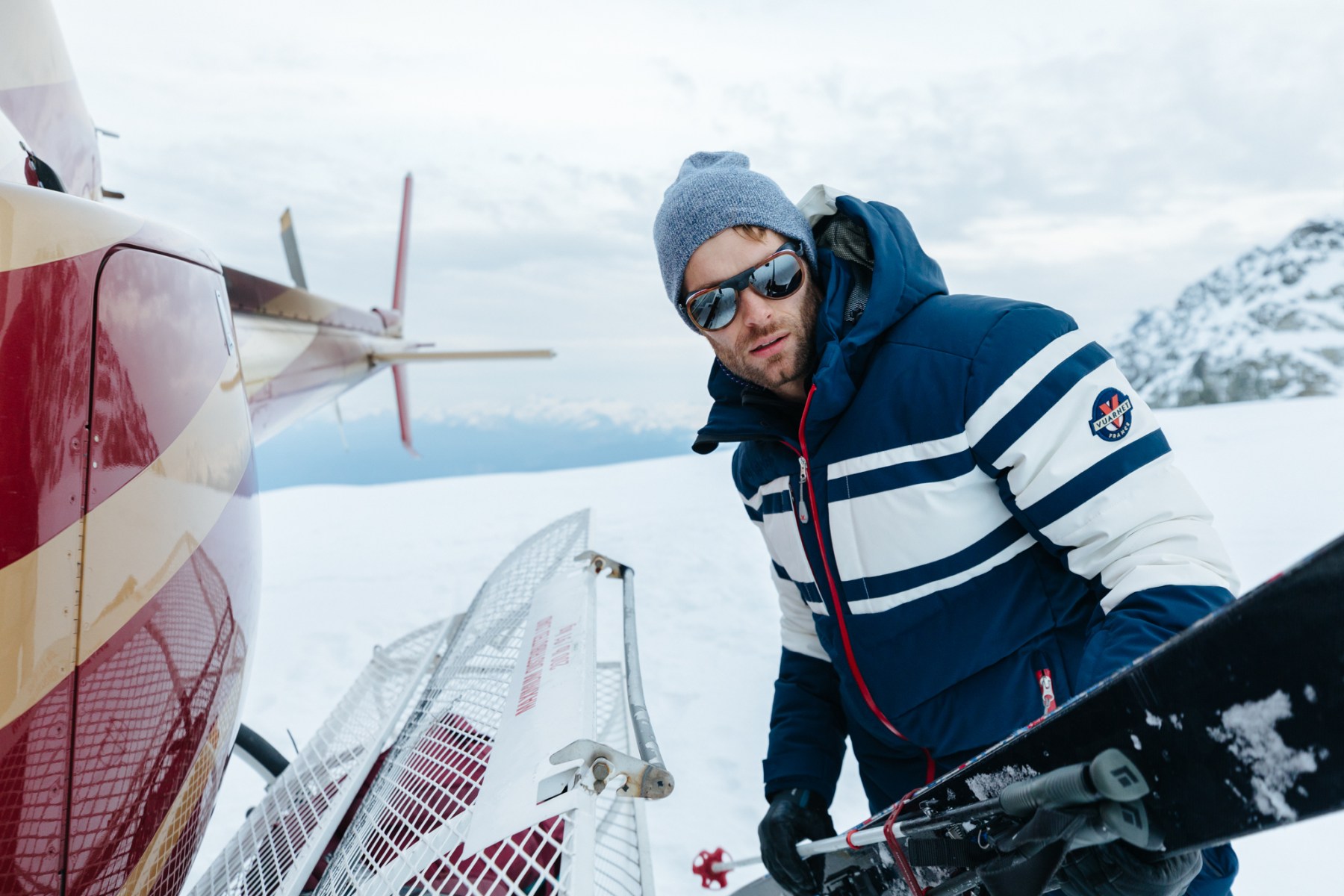 Your correspondent grew up skiing the mountain resorts of Colorado in the late ‘80s and early ‘90s, an era when lift tickets were cheap, jackets were bright, and stylin’ sunglasses were very much the name of the eyewear game.

And if one were to look around the lodge at end of day, amid the pitchers of beer and general après revelry, one logo reigned supreme: a massive V set within a circle, with a banner bearing the moniker Vuarnet France.

As a kid I didn’t know all that much about the brand: I was unaware that it was named for French skiing champion Jean Vuarnet, who wore the frames when he won the Gold Medal at the 1960 Winter Olympics. I had no idea that said frames had been subsequently sported by everyone from Mick Jagger to Miles Davis.

All I knew was that it was French and that the logo was badass and all the adults were wearing it, and thus that it was cool and I needed to be a part of it. I begged my parents for a Vuarnet T-shirt, which I then wore nonstop until it was threadbare.

Imagine my delight when, some three decades later, I found myself wandering the streets of Soho only to look up and see that iconic V towering over Spring Street outside their very own boutique. Vuarnet, it seemed, was back.

The truth of the matter is it never really left, but of late the brand has been reasserting its position as the discerning gent’s go-to purveyor of stylish, alpine-inspired sunnies and apparel. No one was gladder than yours truly to hear it, and thus it pleases me greatly to present my favorite pieces from their current collection.

First released in 1974 for mountaineering (and sported by Jean Afanassieff, the first French climber to conquer Everest), the Glacier is probably the most iconic alpine sunglass silhouette of all time. The signature removable leather shields conjure images of men with windburnt faces and Eiger dreams, and it’s no wonder that the style soon found favor with not only skiers, but also celebs. Miles Davis played his final concert in a pair, and more recently they could be spotted on the face of Daniel Craig’s 007 in Spectre. That’s one helluva Venn diagram to be at the center of.

Speaking of irrefutably cool cats, I’d be remiss not to mention that the Legend 03, launched in 1962, is the very style of frame sported by Jeff Bridges as The Dude in The Big Lebowski. Accompanying bathrobe and white Russian not required, but most certainly recommended.

The London Down Jacket

Vuarnet’s recent foray into the world of “urban wear” has yielded killer results like this lightweight tricolor puffer, which is giving off excellent French flag vibes despite its British appellation. Down-insulated, waterproof and with just a bit of stretch added to the shell for freedom of movement, this is the perfect mix of performance and eye-catching style.

Everything I loved about my old Vuarnet tee, now in hoodie form — the embroidered logo instead of a screen print is a nice elevated touch, as are the tricolor drawstring and side tab. There’s also a crewneck version for the hood-averse.

My passion for snow sports has continued unabated since my aforementioned youth, and thus I’m aware there are plenty of folks (myself included, these days) who opt for goggles over sunnies on the slopes. Vuarnet’s got us covered there as well, with this pair that not only provides excellent UV protection and performance in any light conditions, but also allows you to channel your inner Macho Man Randy Savage.