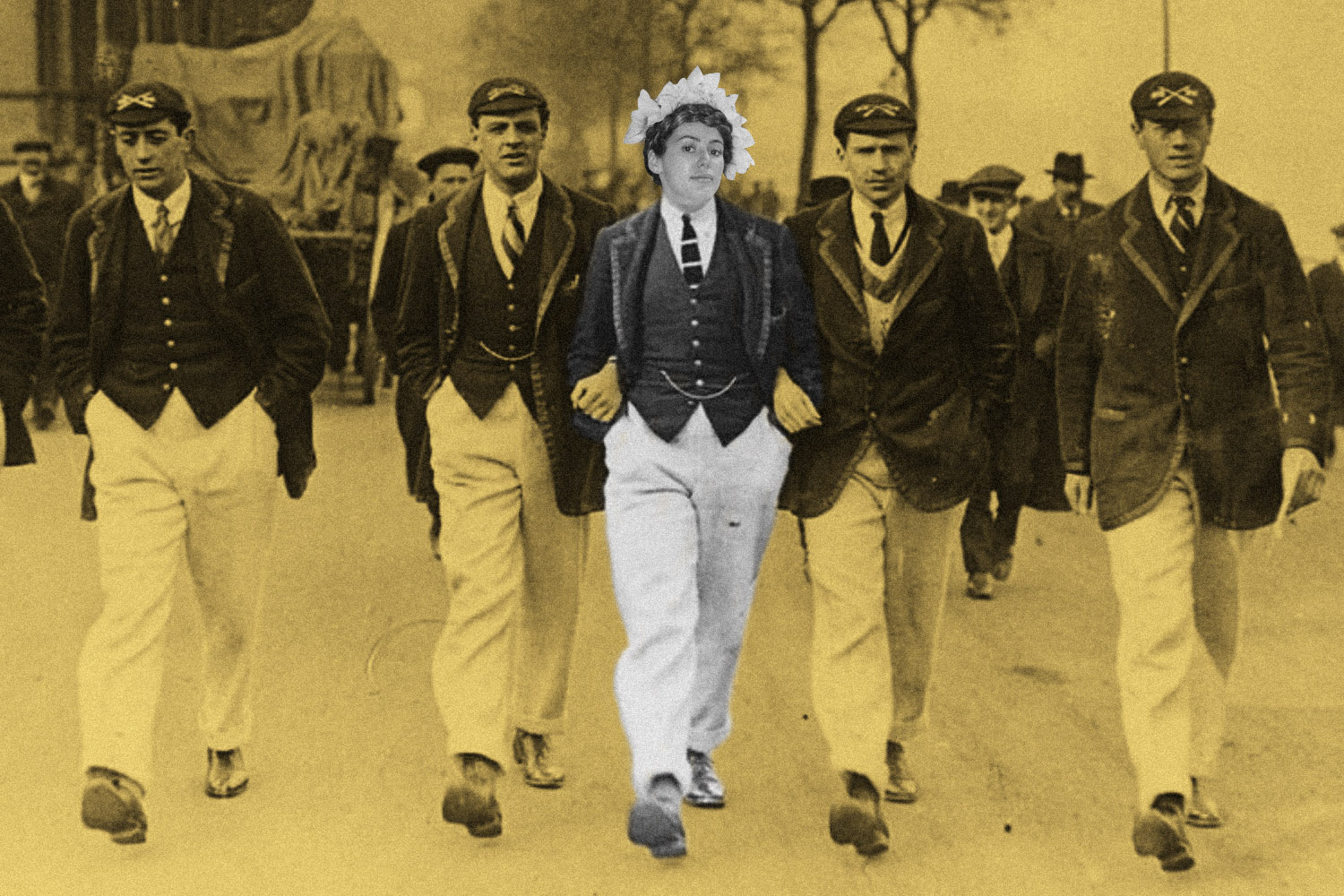 "I am irreverent and whimsical and unexpected and bougie, and so is Rowing Blazers.”
Rowing Blazers
By Caroline Reilly / April 2, 2020 8:32 am

I was born and raised in coastal New England, home of the boat shoe and the Kennedy compound. It’s also home to all the snobbish trappings that go along with those things: stiff upper lips, stiffer afternoon drinks and a general — which is to say classist and more than a little bit racist — resentment toward anyone not born into the “club.” I went to prep school in Massachusetts; some of my classmates arrived via horseback each day, others in their golf carts.

All of this is to say that I’m relatively well acquainted with the culture and aesthetic that accompanies these annals of society, though I, myself, am not exactly a WASP. While I frequented worlds where people owned smoking loafers and houses on the Cape, I was always sort of an outsider looking in. There is an undeniable elitism and exclusivity to this kind of prep culture: you’re either born into the clique, canny enough to con your way into it, or forever relegated to observing it from the sidelines.

And it’s this stale and overwrought provincialism that makes the irreverent accessibility of Rowing Blazers — a brand founded in 2017 by Oxford Grad and Olympic rowing Bronze medalist Jack Carlson — so refreshing to me.

Rowing Blazers boasts an impressive selection of time-tested collaborators (Barbour, Sperry, Lands’ End) as well as a bold sportswear collection that is entirely their own. Their Spring campaign is chock full of brightly colored Rugby blazers and nylon jackets, madras pants and of course, their trademark selection of Rowing Blazers. Carlson tells InsideHook he likes to avoid the word “preppy,” and having grown up around so much it, I can see why. I can also see why it’s not a perfect fit for his brand.

“I think even at its origins,” he says, “preppy or Ivy style, or whatever you want to call it — a kind of traditional American collegiate style … British sporting style or Oxbridge influenced — was always kind of subversive.”

It’s this authentic and rebellious sensibility that has made Rowing Blazers unique among its peers. It’s also what makes their choice to use self-proclaimed and internet famous “scammer” Caroline Calloway a perfect model for their Spring campaign.

Calloway is a polarizing figure. She’s an online sensation, and anyone who knows who she is seems to have an opinion about her. In the simplest terms (which is not a phrase to take lightly here), Calloway is an American Instagram and social-media celeb who rose to prominence documenting her life while studying at the University of Cambridge. These days, upwards of 700k Instagram followers tune in to her daily musings, which range from article clippings to pictures of her cats to screenshots of tweets (typically her own). Depending on whom you ask, Calloway is either an icon or a villain; one Calloway watcher I spoke with who asked not to be named in this piece said her origin was “was affluence porn, but simultaneously a (perverse) pauper-to-princess story.”

I personally find Calloway relatively innocuous. She reminds me of the girls who used to hang out in my prep school’s art room after school: she’s cool in a way that feels both available and inaccessible, she seems kind in a way that draws you in, and she’s unpredictable in a way that keeps you watching.

I talked with Carlson before COVID-19 hit the fan, but caught up with Calloway a bit later, while she was on vacation in Berlin, and when things started to get chaotic with international travel, I was certain that she would — understandably so — have to pass on talking with me. But a few days after her return to the U.S., her assistant sent me a 15-minute voice memo with answers to my questions.

When I listened to her voice memo, I had a moment of clarity: Calloway is serious enough to have followed through on my interview despite the logistical nightmares of the current world, but not so serious that she would forego self-effacing jokes. When I asked her what her personal style was, she laughed, and quipped, “Well as a fashion icon and model I get asked this question a lot.” (I know she was kidding because a few comments later she can be heard on the recording saying, “If she doesn’t realize I’m joking, that’s just fine.”) And when I asked her why Rowing Blazers’ authenticity spoke to her, she said “Authentic? Me? No, I’m just an internet scammer.” (She then went on to add more genuinely, “No brand more authentically and inventively captures the aesthetic of art history, England and elite Universities than Rowing Blazers.”)

And this is what makes Rowing Blazers, well, Rowing Blazers: they are serious — about the construction of their goods, about their heritage, about the historical and cultural accuracy of the legacy they are building on — but also happy to bite their thumb at a culture that has historically been elitist in nature.

And they do so with self-awareness and intention, says Carlson.

Calloway, too, seems to abide this ethos.

“I consider myself more a provocateur than a rule-breaker,” she says. “But don’t get me wrong, I fucking hate rules. I am irreverent and whimsical and unexpected and bougie, and so is Rowing Blazers.”