A picture taken on April 21, 2016 in Paris, shows the jersey of the Spanish national football team jersey for the UEFA Euro 2016 European football championships. (Franck Fife/AFP/Getty Images)
By Matthew Reitman

With Cristiano Ronaldo and David Beckham now modeling and designing their own lines, it’s clear that soccer stars can now double as fashion icons. Below, we pick out the top trends at the Euro 2016 championships.

Nothing gets you noticed more than a wacky haircut. The hairdresser responsible for French star Paul Pogba’s spiral cockerel hairdo has been hired by the Portuguese squad to shave patterns on all its stars’ heads. Hairstyles can even turn the odds on matches, with Turkey’s Ozan Tufan blamed for defeat against Croatia for adjusting his hair while Luka Modric scored. But the hair trend of the tournament, by far, is for the Mohawk, a cut first made famous by David Beckham in 2000. The English legend said it was inspired by the psychopathic Robert De Niro character in the classic 1976 film Taxi Driver. But that hasn’t stopped two standout stars of the Euros so far, Slovakian striker Marek Hamsik and France’s Dimitri Payet, from sporting it. 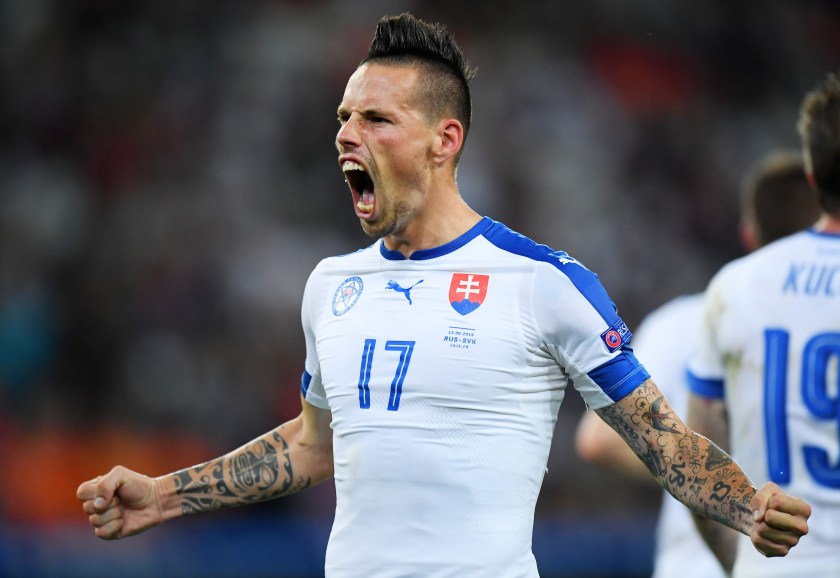 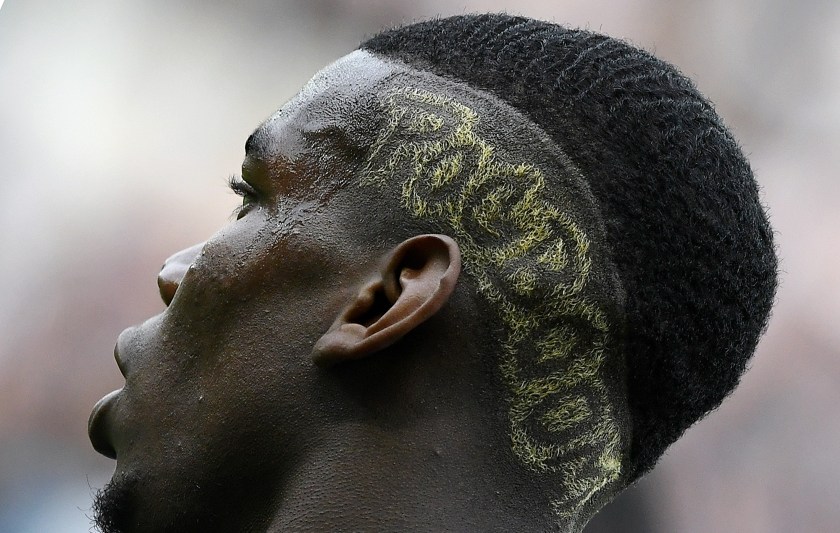 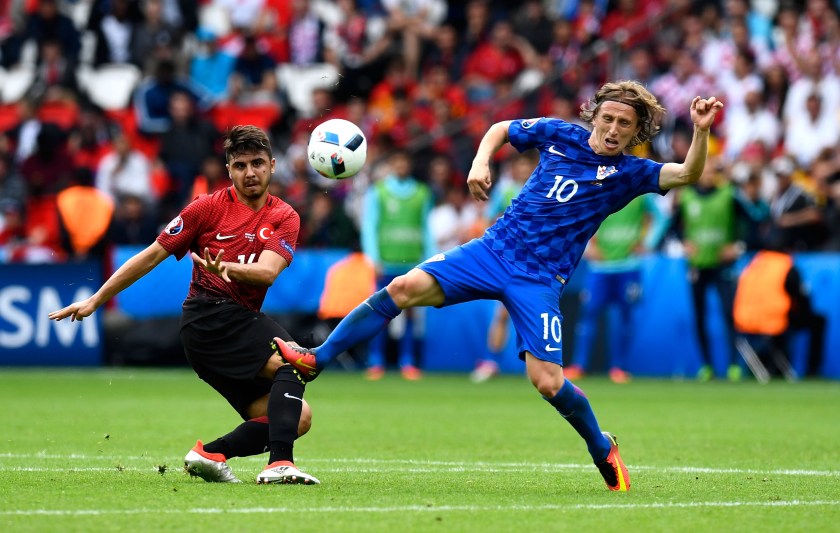 Ozan Tufan of Turkey and Luka Modric of Croatia compete for the ball during the UEFA EURO 2016 Group D match between Turkey and Croatia at Parc des Princes. (Mike Hewitt/Getty Images)
Getty Images

After years of Dayglo designs, there is a marked return to a more sober classicism in soccer uniforms. Italy, Germany, England, and hosts France have all gone back to their roots, with Adidas’ handsomely simple Spain rig winning many fans. More wearable tops also mean more sales for the two big shirt makers, Adidas and Nike, who between them supply 15 of the 24 teams in the tournament. Never underestimate the subliminal power of branding, sports analyst Renaud Vaschalde of research group NPD told AFP. “Even unconsciously people will wear more Adidas, Nike or Puma clothing during the Euros,” he said. 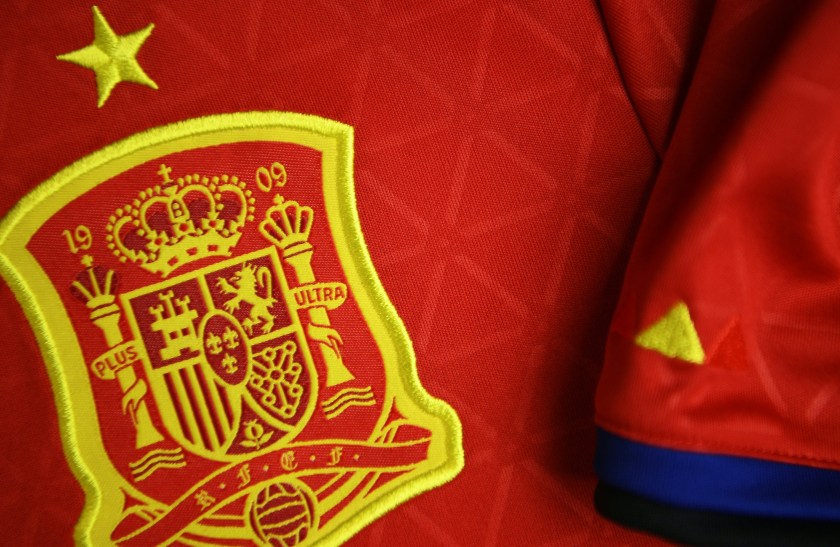 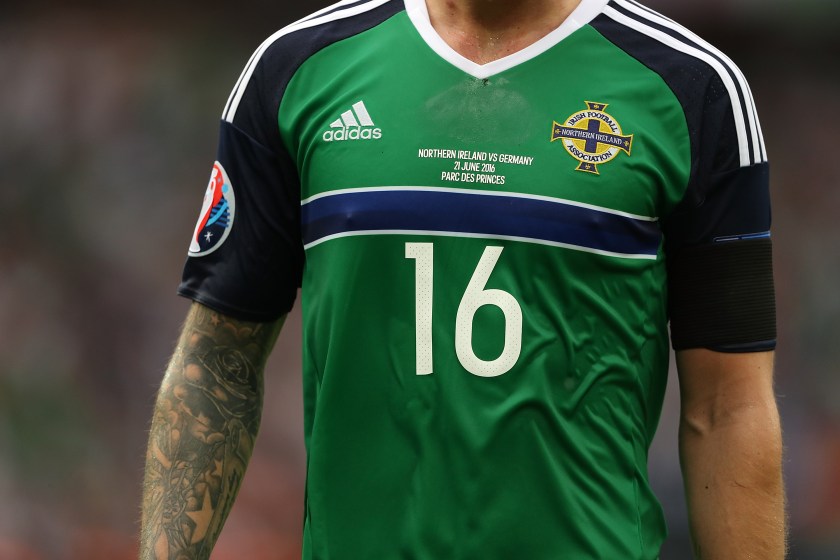 With thigh-high boots making a comeback on the catwalks, soccer players are right on trend by wearing their socks over their knees. Half the French team and several Italian, Spanish, Irish, Russian, and Swiss players have been spotted with the raised-sock look.

On the footwear front, England’s goalkeeper Joe Hart has been sporting no-lace chrome soccer cleats like the type Welsh superstar Gareth Bale wore while scoring one of the goals of the competition (they cost about $335). The new sock-like Adidas Ace 16+ Purecontrol cleats have been called “Moon boots from Mars” and are tightened with a new pull-string mechanism. They are also being worn by France’s Pogba and German midfielder Mesut Ozil though yet to the same magical effect. —Relaxnews 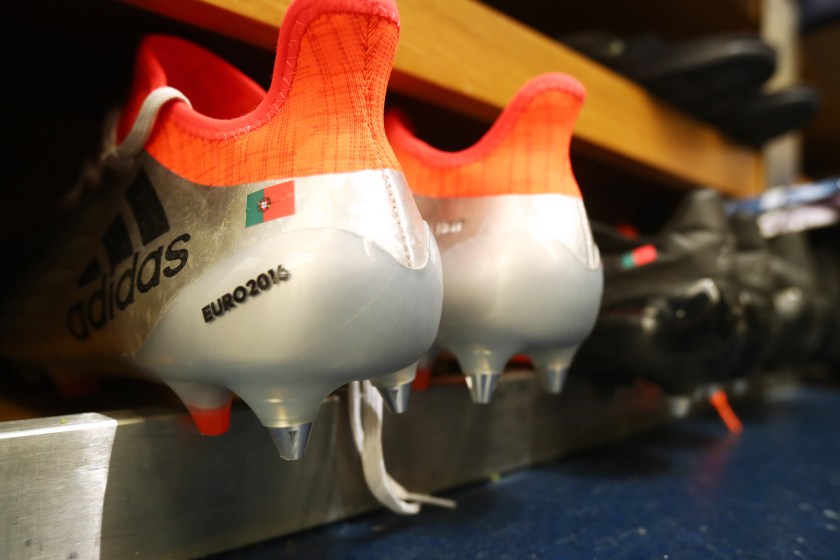 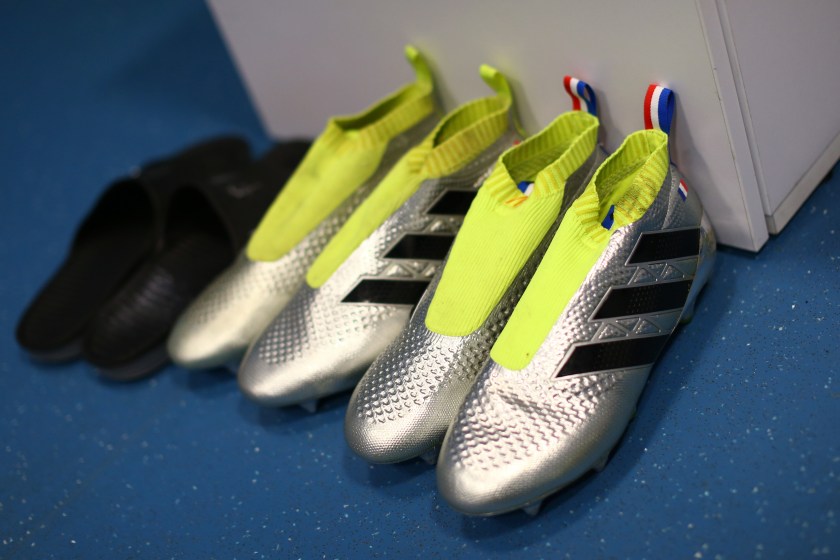