NEW YORK, NY - MAY 05: Model Cara Delevingne attends the "Charles James: Beyond Fashion" Costume Institute Gala at the Metropolitan Museum of Art on May 5, 2014 in New York City. (Photo by Mike Coppola/Getty Images)
By Sean Cunningham 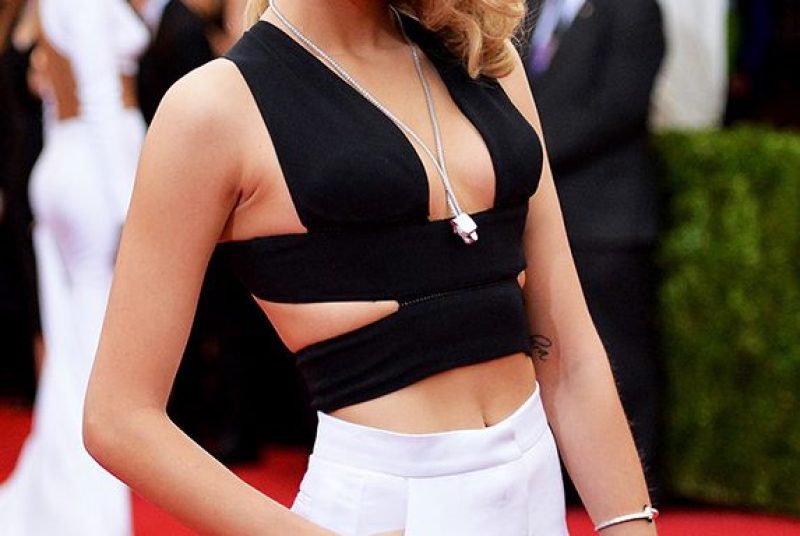 People often don’t take models too seriously, particularly when they’re doing something other than modeling. Cara Delevingne experienced a spectacularly dismissive interview in 2015 while promoting the film Paper Towns, based on the novel by John Green. The interviewer from Good Day Sacramento started off by getting her name wrong (“Carla Delevingne is in the movie!”) then asked if she had taken the time to read the book—more than a little patronizing considering Delevingne played one of the two leads. Delevingne didn’t let the insult go, responding: “I never read the book or the script. I kind of winged it.” 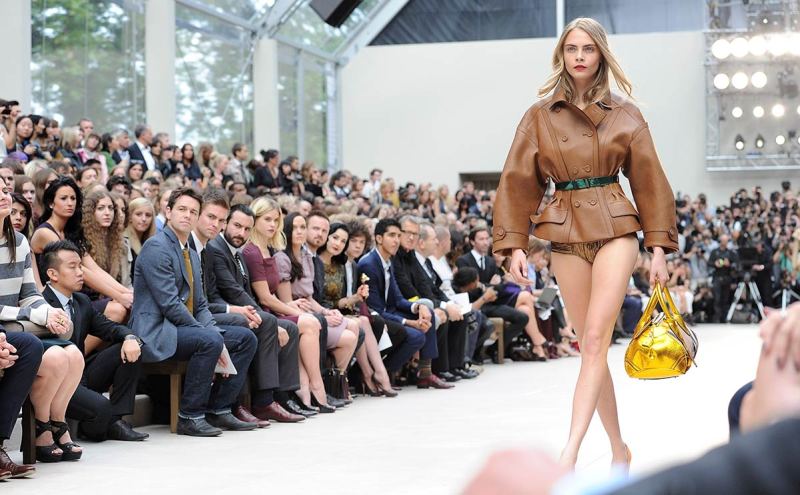 Delevingne later explained her response: “People say I don’t work hard, or that all of this has come very easy, and that I haven’t had to work for it. That’s not true at all … I pride myself on how hard I work, so it sucks when people say that kind of thing.”

Delevingne has indeed worked hard. Only 24, the London-born model entered 2016 as one of the world’s 10 highest paid models, having modeled for everyone from Alexander Wang to Zara. She achieved greater fame through some celebrated pals, becoming a tabloid target as a member of Taylor Swift’s “Girl Squad.” 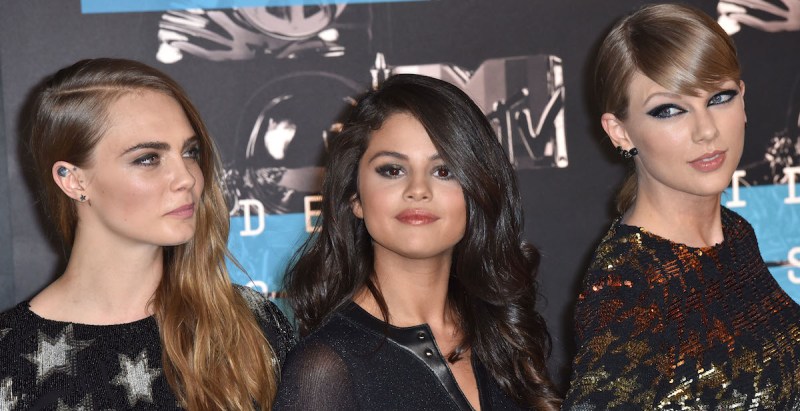 She triggered similar media coverage through her friendship with Rihanna. Thanks to her film career, however, Delevingne has emerged as a celebrity in her own right.

Confessing that in her early days of modeling it was “eating McDonald’s all the time and drinking too much,” she buckled down before taking on the part of the Enchantress in Suicide Squad. 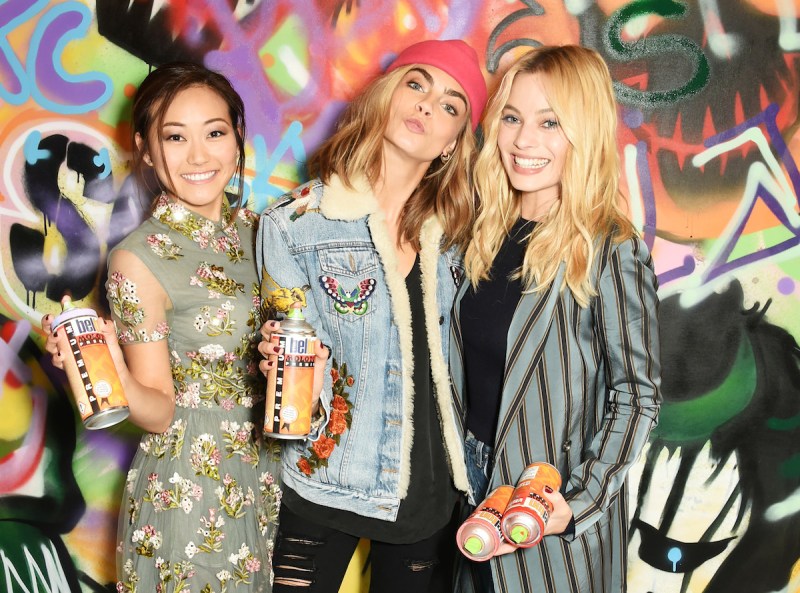 The film became one of the biggest hits of the year, earning over $740 million worldwide. While Suicide Squad was panned by many critics, Delevingne stands poised to enter a more acclaimed chapter in her film career with upcoming movies including Tulip Fever (which also stars Oscar-winner Alicia Vikander and features a script by the celebrated playwright Tom Stoppard) and London Fields (co-starring Billy Bob Thornton and based on the acclaimed novel by Martin Amis).

While she’s found success on both the runways and the big screen, breaking into the business was initially a struggle for a woman who, by her own account, had troubles fitting in or make sense of the world while growing up. As Vogue notes in an interview with Delevingne:

Delevingne dropped out of school to pursue modeling, but even that seemed a mistake for many months, as it took her a full year before she booked a paying job. Her career only began to take off when she was cast in Burberry’s spring 2011 campaign. (And even that included a disastrous initial visit to Burberry’s: “The first time I walked into Burberry the woman just said, ‘Turn around, go away.’”) 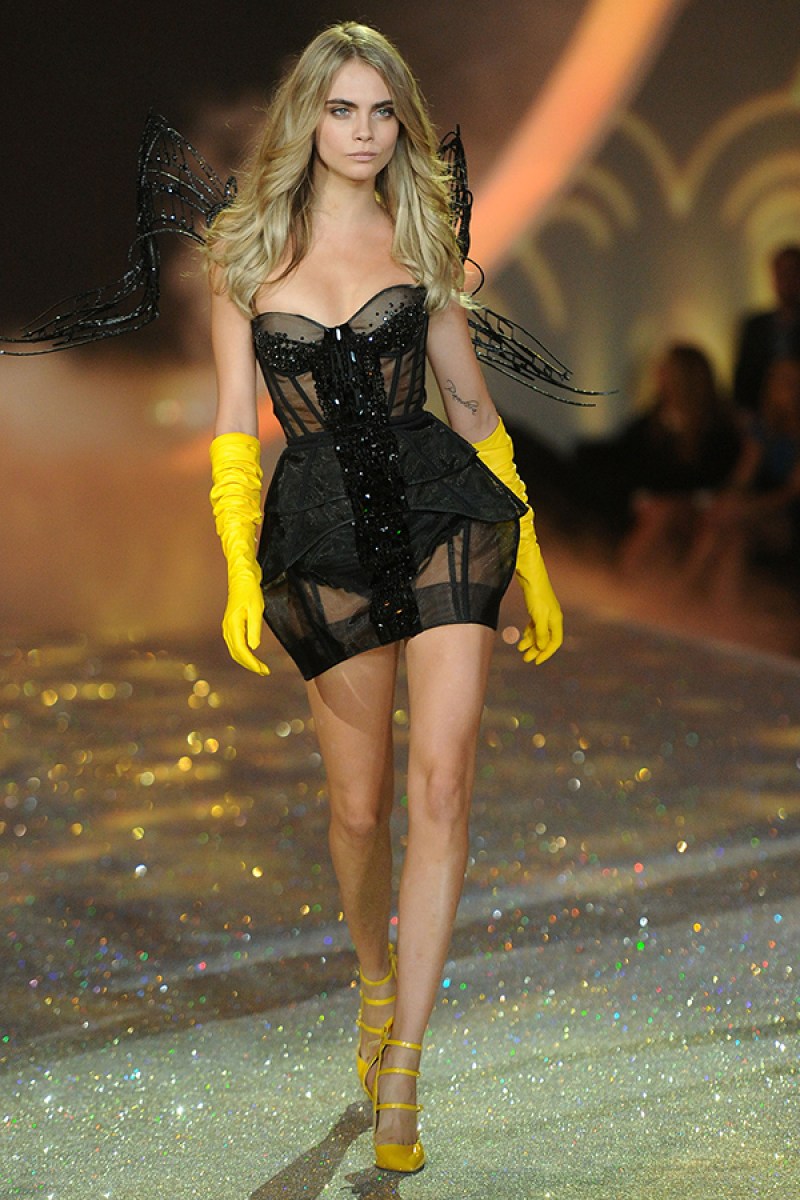 Even now, more successful and stable than she ever imagined, Delevingne recognizes it won’t always be an easy journey. When a journalist told her that her clean-living ways ahead of Suicide Squad filming suggested that her body was now a temple, Delevingne responded: “I always chuckle at that saying. I say my body is a roller coaster. Enjoy the ride.”

To read her full Vogue interview, click here. Below, watch for yourself the interview that traveled well beyond Sacramento.