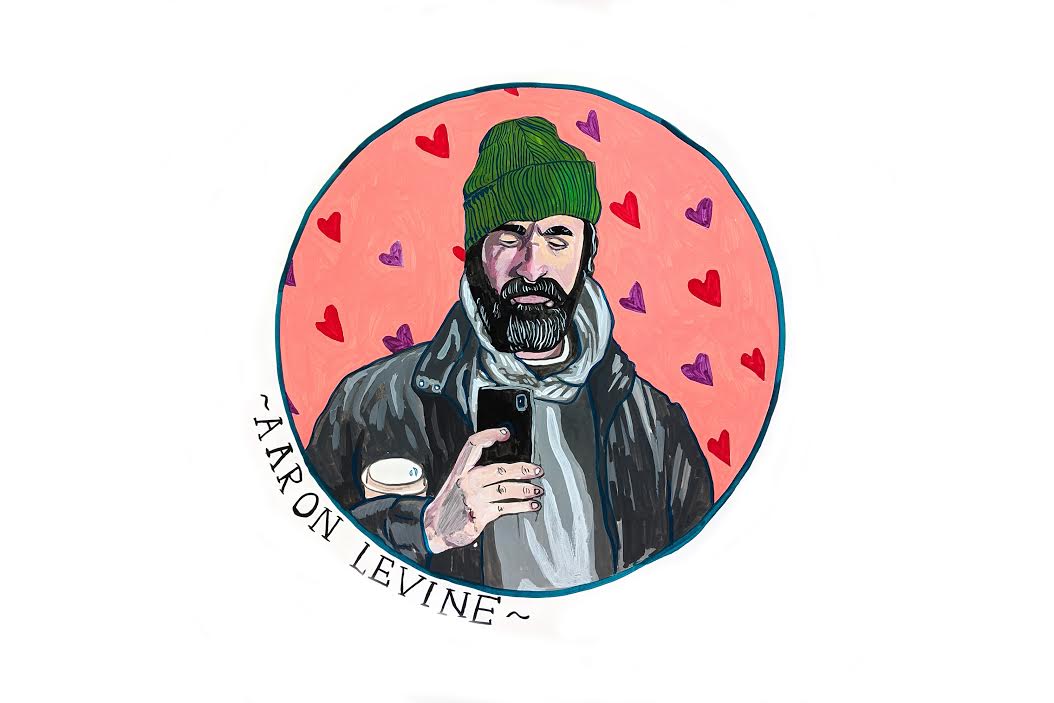 Welcome to The Age of Influencer, InsideHook’s look into the real lives of people we follow on YouTube, Twitter, Instagram or whatever form of social media we’re currently obsessed with. In this installment, we speak with Aaron Levine, who provides a brief respite from the daily hellscape that is the Internet with pictures of some of his stylish pals and messages that provide a little glimmer of hope to humans who might be struggling with work, the creative process or whatever life is throwing at them. To help him with his mission, Levine enlists the help of his fashionable friends, from designers to writers to photographers. It’s a daily dose of good in a world that can often feel pretty bad.

“The picture is the least important part.”

That might not be the caveat you’d expect to hear from someone who is quickly becoming one of the most interesting Instagram follows of 2020, but Aaron Levine’s guiding principal remains. “I don’t care about the picture,” he continues. “The people on here don’t care about the picture, they just want the straight … talk. An honest and earnest experience, a challenge that you faced, and overcome, maybe there’s something you had to deal with personally or professionally that you had to get around, and this is how you did that.”

Currently the SVP of Design for Men’s and Women’s clothing at Abercrombie & Fitch, Levine has been instrumental in working with the teams at their headquarters in Ohio to bring the company back from its financial slump in the post-mall era. As an industry veteran who has worked in fashion for close to two decades, Levine is intimately familiar with the challenges and pressures that come along with working in a high-profile position, particularly in a competitive field like design.

“There’s a lot of self-consciousness that goes around with creatives,” he tells InsideHook. “I’ve been working in creative fields for a long time now, so I see a lot of it. And people don’t really talk about it, it still remains kind of taboo. And that’s just wrong. I think it’s time we open the dialogue, drop our guards, and have these kinds of conversations, because it makes everything easier, more productive, and so much more natural and creative.”

Levine practices what he preaches — our hour-long discussion veered more into friendly conversation than formal interview territory, and there’s a warmth to his earnest, candid opinions that makes it easy to connect. All of that comes through on his Instagram too, which has slowly morphed into a place for heavy hitters in the fashion world — from photographer Jamie Ferguson to New Yorker writer Naomi Fry — to make cameos and discuss just what he describes above: their struggles, insecurities or doubts, all the burnouts and failures, anything that was standing in the way of working toward their own long-sought-after accomplishments.

Not every anecdote necessarily has a happy ending, but all of them radiate optimism, resilience, and positivity. And like he contended above, the photos are the least important part. At the time of writing this, he’s hovering around 6800 followers on his personal Instagram, where all the sharing from other members of the industry is currently taking place. Since the platform removed public-facing likes, it’s not always possible to grasp engagement within each featured guest, but comments ranging from 15 to 20, all the way up to 60 or 70, speak on their own — people aren’t just reading, they’re talking back.

Scroll back through Levine’s posts to about mid-2019 and watch his Instagram experiment slowly begin to unfold. Spurred to action by a socially awkward interaction — correcting someone on an outfit detail they complimented — Levine remembers sitting with the weirdness of the moment for the rest of the day, unable to get outside his own head. “I was like, ‘Why didn’t I just say thank you?’” he laments. “‘Why can’t I just let this go?’ So then I posted about it on Instagram, like, ‘If I’ve ever been rude to you, please know I’m not intentionally trying to be rude to you. I’m pretty socially anxious and not the best at those kinds of interactions. So, sorry!’ And, actually, a lot of people could relate to it. And I thought … that’s kind of cool we can commiserate about that here.”

Initially, Levine’s more vulnerable posts appeared as screenshots in the Notes app, but eventually, they evolved into the long, rambling captions for — what else? — his frequent outfit of the day posts. “I was kind of sick of fashion, so I was scouring eBay,” he explains. “I’ve always loved clothes and I look at it like an art form. I was buying really beautiful heirloom pieces for dirt cheap that people didn’t want anymore. So at the same time I was posting about social anxiety, I was also posting about finding really cool stuff on eBay. And I just kind of combined them both. Then people started talking back, and honestly, I haven’t had one negative post. Not one, since it started.”

First, it’s just photos of Levine in his eBay finds — a Ralph Lauren sport coat, a cashmere topcoat, thrifted suits for under $150, chinos for $35 — but the captions start to get more personal as the comments increase. He shares about getting his first VP job at 34, and the breakdown that followed three years later, how he bounced back. On a down day, he asks the community to contribute their own positivity, which they do. One day in late November his caption about “paralysis and perception of perfection” inspires 78 comments in response, an early December post about anxiety garners 70 comments, with other people honestly sharing their own struggles with anxiety.

Right before Christmas, the first guest post on Levine’s account kicks off with fashion consultant and street-style icon Nick Wooster, who reveals the decade of failure and disappointment that came after his early work in fashion during his twenties and thirties, and shares how a personal bankruptcy led him to assume his career was over forever. For those who are familiar with Wooster’s current status — close to 800K followers on his personal Instagram — clearly, the best was yet to come. But for people checking in on his current success, knowledge of his past struggle isn’t a given.

“Nick is the sweetest guy, so smart, and so successful, but his road has not been easy,” Levine says. “I asked him to contribute to this page for me, because I felt like I was rambling at people, but they were responding, so wanted to see what would happen if other people decided to share, too. And when he did it was awesome, because people had no idea what he’d been through. They just assumed he’d been handed everything — which is the furthest from the truth. There’s an assumption that people in this profession, when they’re successful, didn’t earn it. And that is not the case.”

As the guest posts increased, the format stayed the same: a regular, unedited selfie with a long caption detailing the subject’s struggle with something that most of us probably wouldn’t publicly talk about, except with close friends or a partner, and certainly not on a platform like Instagram, which has become renowned for presenting polished, pristine, and borderline unreasonable images of perfection.

“It’s something that I can wake up and do, that I can completely control, and it is just for good,” Levine says, reflecting on the project’s growing new scope. “I don’t need to run it through 50 different people, and it doesn’t need to be polished. You can just make something. And this is just making something. Chipping away at it. It’s like a journal, but I don’t journal because I’m ADD as hell. And I can’t like, sit down and journal and do that stuff. This is like my version of that. And I’ve met some wonderful people in my career who have impacted me and influenced me in ways that I like I can never thank them enough for. So I just started reaching out to them and saying, ‘Hey, can you talk to people on here? Because I love you, and if I love you, other people love you.’”

Whereas most people in the Instagram fame are eager to grow their followings in order to monetize, Levine has no interest in any of that stuff. He’s more focused on helping change the way we use social media in the first place. “People don’t have bad intentions, but when all you post is good stuff, and that’s all people see, it really skews the sense of reality,” he says. “ We’re still in the first minute of this thing. But the same thing can be done to lift people up, let them know that you’re actually struggling with things, and you actually have challenges. That creates empathy and like-mindedness, and consideration as a result.”

As far as the future of his page, Levine’s only goal is to broaden the audience so the positive content can reach more people. “There’s no ulterior motives, except creating this dialogue and trying to be conscious of sensitivity and empathy within this business, and any creative business,” he says. “I think it could be a really amazing step forward. Reach out to me if you want to be a part of it.”