Five XFL Players That Should Find Homes in the NFL

P.J. Walker headlines the list of XFL players who should make the jump to the NFL 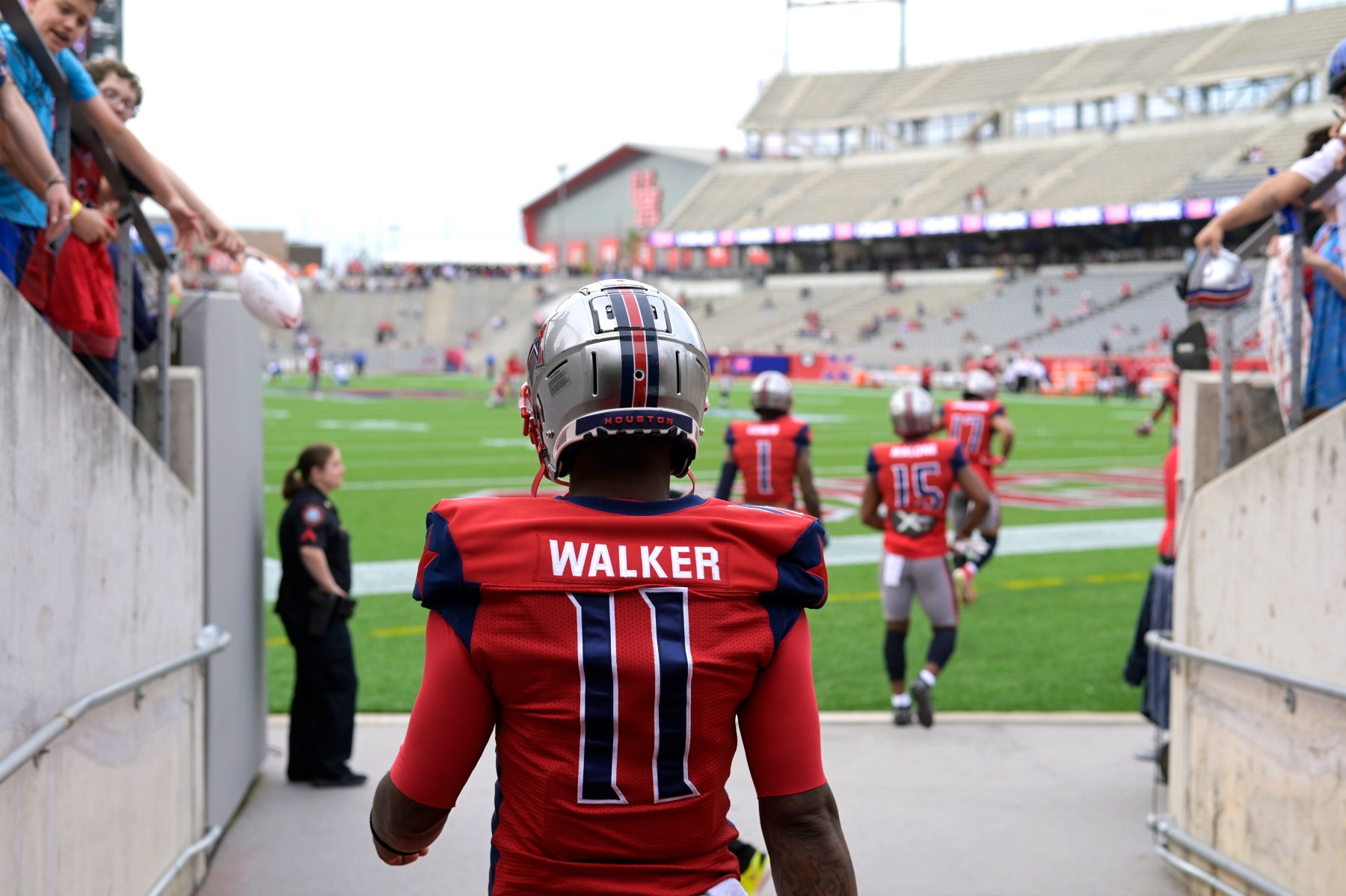 P.J. Walker walks on to the field before the XFL game against the St. Louis BattleHawks on February 16.
Thomas Campbell/XFL via Getty Images
By Luis Paez-Pumar / March 21, 2020 1:07 pm

Though not unexpected, the news that the XFL would be shutting down its inaguaral season after five weeks does bring about an unexpected consequence: players from the startup league will be free to sign with NFL teams ahead of the upcoming 2020 season. The XFL pipeline worked well for some players last time the league was around in 2001, with XFL MVP Tommy Maddox landing a starting job with the Pittsburgh Steelers in the aftermath of that iteration’s only season.

Will there be another Maddox this time around? It’s certainly possible, as the XFL has a lot of talent that didn’t stick in the NFL for a variety of reasons. While not every XFL player will get a contract with the biggest football league in the world, there are some standouts who deserve a shot to make a roster. Here are five of them, starting with the most obvious choice possible.

Of course, we have to start here. P.J. Walker was easily the best player, and the leading MVP candidate, in the XFL before it shut down, and he’s already on several NFL teams’ radars. Walker’s stats were video-game material: in five games, Walker amassed 1,338 yards and 15 touchdowns (both league leading), as well as a 104.4 QB rating, second only to Los Angeles’s Josh Johnson. Walker also added 99 yards on the ground to boot.

Walker previously played for the Indianapolis Colts before jumping over to the XFL, so he’s familiar with the NFL and its speed and physicality. He likely won’t head into the new season as a starter anywhere, but teams could do much worse than Walker as their back-up whenever football does return.

If the name Lance Dunbar rings a bell, it’s because you have seen him in the NFL before. The Dallas Renegades star running back previously played for the Dallas Cowboys and the Los Angeles Rams earlier this decade. He was selected by Dallas in the eighth round of the XFL draft and promptly starred, racking up 4.87 yards per carry as well as serving as a release valve (he had 26 catches in five games, good for third in the league).

Dunbar’s biggest drawback might just be his age; he’s 30, which in running back years is middle age. However, given how cheap he would likely come to an NFL team and his prior success in the big leagues, he represents good value for a team in need of backfield depth.

DeMarquis Gates is no stranger to pop-up football leagues. The Roughnecks star linebacker had previously showed off his talent in the short-lived Alliance of American Football in 2019, racking up a league-leading 52 tackles and five forced fumbles. He continued that display in the XFL, doing a little bit of everything for the undefeated Houston side’s defense.

Thirty-two tackles, one interception and two sacks put him in the conversation for the title of best defensive player in the XFL before its premature end, and given his intelligence on the field, he’s likely to at least earn a shot with an NFL team. Though he didn’t make it to the Redskins’ roster after earning a spot in training camp following his stint in the AAF, another short-lived but productive stint in a startup league should earn him a second chance.

The Tampa Bay Vipers were a bleak watch for the burgeoning XFL fanbase, but Dan Williams was a much-needed bright spot. Catching passes from former Oklahoma State quarterback Taylor Cornelius, Williams ended the shortened XFL season with the second most yards in the league, as well as the highest per-catch average, with 14.7 per reception.

Williams is only 24, and his ability to make plays in the air could see him land an NFL tryout ahead of the 2020 season. He bounced around the NFL, landing on the Seahawks, Browns, Redskins and Jets before landing with Tampa Bay in the XFL. While he didn’t stick in his previous attempts, he now has plenty of game tape showing him to be a capable receiver with above average height and quickness. NFL teams are always looking for those, so keep an eye out for Williams in the near future.

Last but not least is the weirdest case on this list. Kenny Robinson Jr. was a standout at West Virginia, but headed to the XFL after college. Because he didn’t play in the NFL and still had college eligibility left, he’s still eligible for the NFL draft. And he’ll likely hear his name called: it’s rare to find safeties with such good instincts for the ball.

As PFF’s Mike Renner pointed out on Thursday, Robinson Jr. had nine interceptions in 28 games between his time in college and with the St. Louis BattleHawks.

He could very well be selected as a late-round gamble for an NFL team desperate to shore up its secondary depth, and it wouldn’t surprise if he ended up making an impact once the NFL returns this fall.