The Portland Trailblazers star is undeniably a reflection of the NBA in 2019, but also a throwback 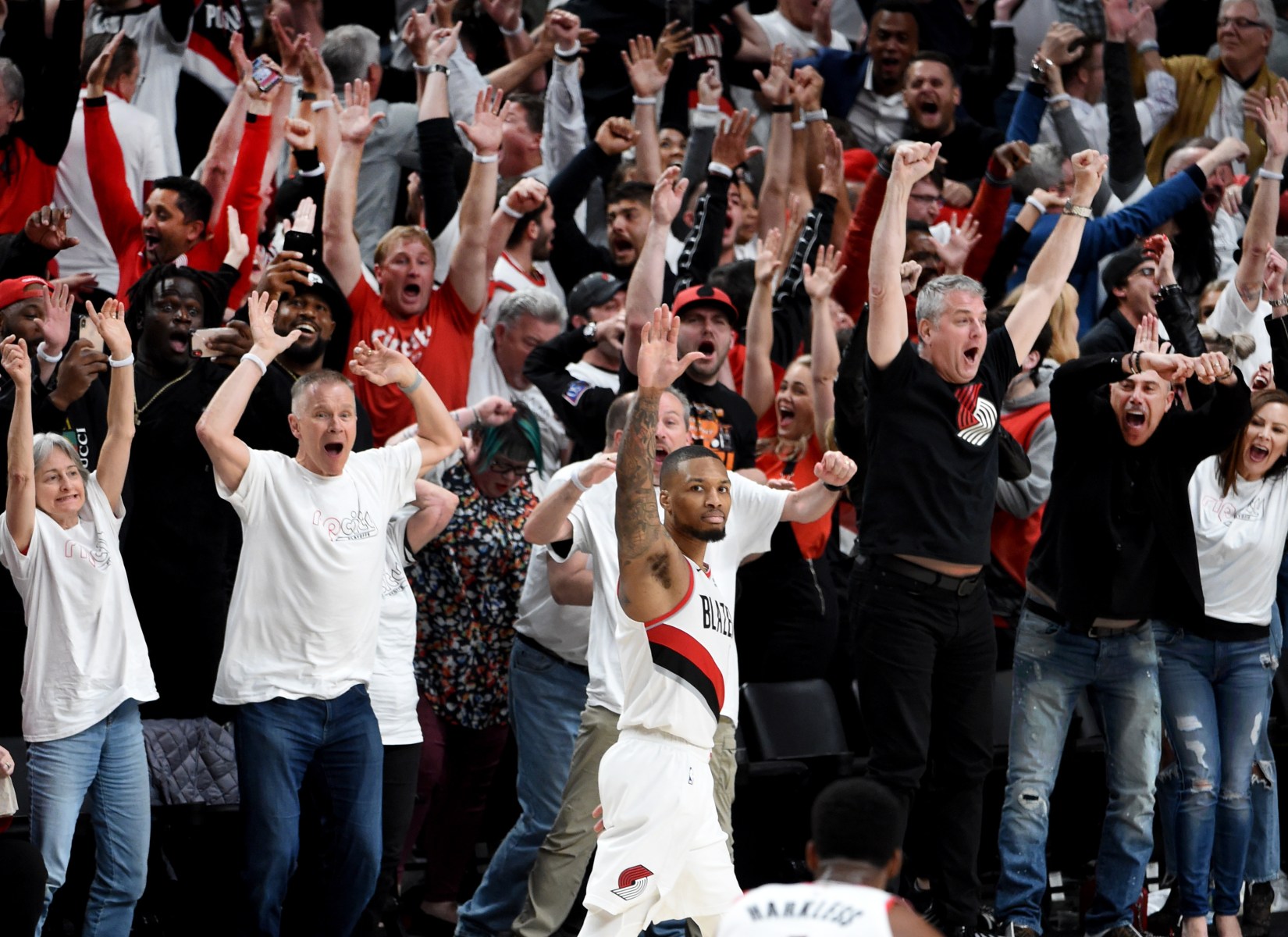 Damian Lillard is pioneering what a point guard should do on the court (Photo by Steve Dykes/Getty Images)
Getty Images
By Jack Tien-Dana / October 23, 2019 7:27 am

With a series-winning buzzer beater in April 2014, Damian Lillard, the Portland Trail Blazers’ talismanic point guard and the Bay Area’s umpteenth most interesting rapper, announced that he had already arrived. Since then, Lillard has comfortably established himself as one of the NBA’s best point guards — as well as one of its truly elite players. Now, Lillard is poised to ascend to the next level of stardom: NBA MVP.

Traditionally, the NBA’s MVP award is as much a product of the league’s metagames as it is the actual games; the narrative surrounding a player’s on-court production is as meaningful as a player’s on-court production. In 2011, Derrick Rose, the homegrown leader of an upstart Chicago Bulls team, was gifted the trophy simply because he was everything that Lebron had rejected. Whereas LeBron abandoned his native Ohio to scowl and peacock through Miami, Rose actualized that one sickeningly sweet Kanye song with the guy from Coldplay; Rose’s stats were fine, maybe even exceptional, but he won MVP because of who he was and of what people could imagine him being, rather than what he did.

Entering the season, Lillard is perhaps the undisputed champion of NBA Twitter, that glorious nerd-erati that shapes the way the sport is watched. For statisticians, he is proof positive of how above-the-break three-point shooting and off-ball gravity can warp a defense. For those who still, for some unknowable reason, pine for the return of Kobe Bryant’s struggle against probability, Lillard is evidence that there’s no such thing as a bad shot. And that’s before you get to the meme-makers and people who think that Joyner Lucas and Logic are saving rap, who delight in his willingness to rap battle anybody with custom animations in NBA2K20.

More, Lillard lies at the confluence of what the league is and what it was. His style is undeniably a reflection of the NBA in 2019. Like Stephen Curry, Kemba Walker and Kyrie Irving, he is pioneering what a point guard can — and should — do. If the position’s old guard (think: Magic Johnson, John Stockton or Isiah Thomas) functioned as expert table-setters, Lillard is an entire modern offense unto himself. His pull-up shooting from anywhere within the half-court is anathema to widely used drop coverages (a defensive strategy in which the player guarding the screener in a pick and roll hangs back and walls off the paint, ceding relatively inefficient mid-range jump shots); his passing generates three-pointers and shots at the rim.

Even as he spearheads the new generation of floor generals, Lillard retains a throwback vibe. He’s bucked superstar convention, choosing to stay rooted in Rip City rather than chase rings in Hollywood or South Beach or Brooklyn. While the rest of the league’s superstars jockey to form super-teams, Lillard signed an extension with Portland, even as they have consistently lagged behind the true contenders.  Through sheer force of endearing self-belief, Lillard’s boom-bap revivalism ethos seems refreshing rather than stale; he has tapped into the single-mindedness of ‘90s basketball without the harrumphing back-when-men-were-men self-seriousness. It would be trite and unfair to say that Lillard is the last bastion of competitiveness in a sissified NBA, so I won’t, but he certainly carries himself with an appealing air of confidence and loyalty. To paraphrase a seemingly infinite number of dreadfully earnest Ted Talks, Lillard believes that he, alone, is enough.

Lillard’s compelling meta-narrative would not carry much water were it not for his equally impressive production. He has averaged more than 26 points and six assists per game in each of the last four seasons and has finished within the top 10 in MVP voting in three of them. In the most concrete terms, with Lillard on the court, Portland’s offensive rating would lead the league; when Lillard sits, it plummets to the equivalent of the NBA’s fifth worst. Although Jusuf Nurkic, Lillard’s primary pick-and-roll partner and a shockingly deft human steamboat, might miss the entire season with an injured knee, this major loss should be at least partially offset by the fact that the rest of the roster has been buffed with more shooting. With the potential to be flanked by at least three threatening shooters at all times, Lillard will have increased acreage to slalom through over-extended defenses and prod at its vulnerabilities. In essence, Nurkic’s absence leaves even more possessions for Lillard to absorb.

What’s more, nearly every one of Lillard’s MVP rivals are in situations that will harm their candidacy. In both wings of the Staples Center, newly formed superstar couples will cannibalize any individual player’s respective chances, as each will be forced to share the ball and the glory. Ditto for Houston. Gianis Antetotkoumnpo, the reigning MVP and the odds-on favorite, has to adjust to life in Milwaukee without Malcom Brogdon, a knockdown shooter who enabled the offensive architecture that could compensate for Giannis’s iffy jump shot. Stephen Curry — unleashed from the gilded cage of having to pass to Kevin Durant — can now return to the volume he maintained during his two MVP seasons, but the addled Warriors could struggle just to stay in the playoff picture.

Similar to the 2011 season, this year marks a liminal period for the league at large; the power balance has been drastically recalibrated, albeit to a still unknowable degree. Amidst the transactional din, though, the Trail Blazers have maintained their collective integrity, running back yet another season of coach Terry Stotts’s free-flowing offense, CJ McCollum’s liquid mid-range game and, of course, Lillard’s high-wire brilliance. The Trail Blazers have comfortably ridden for years in the league’s business class, that nebulous space between champagne-stained goggles and the huddled starving masses of the Knicks and Suns, but this season is perhaps their best chance at a ring before Lillard’s super-max extension mucks up their cap sheet or a new superteam rises from this morass of uncertainty. Whatever future angst may exist, the Trail Blazers are still exactly the varietal of team that can shock their purportedly more talented rivals. Lillard, too, seems primed to transcend his current status of League Pass darling and down-ballot MVP filler; basketball aside, his role in the upcoming Space Jam will certainly sell plenty of jerseys. At +2500, Lillard is hardly the MVP favorite, but he is perhaps the league’s most dynamic player on the league’s steadiest franchises. Lillard is the key to unlock the sublime potential of a fairly workaday team. All that’s left to do is watch him stare down the competition and make them fly, fly away.