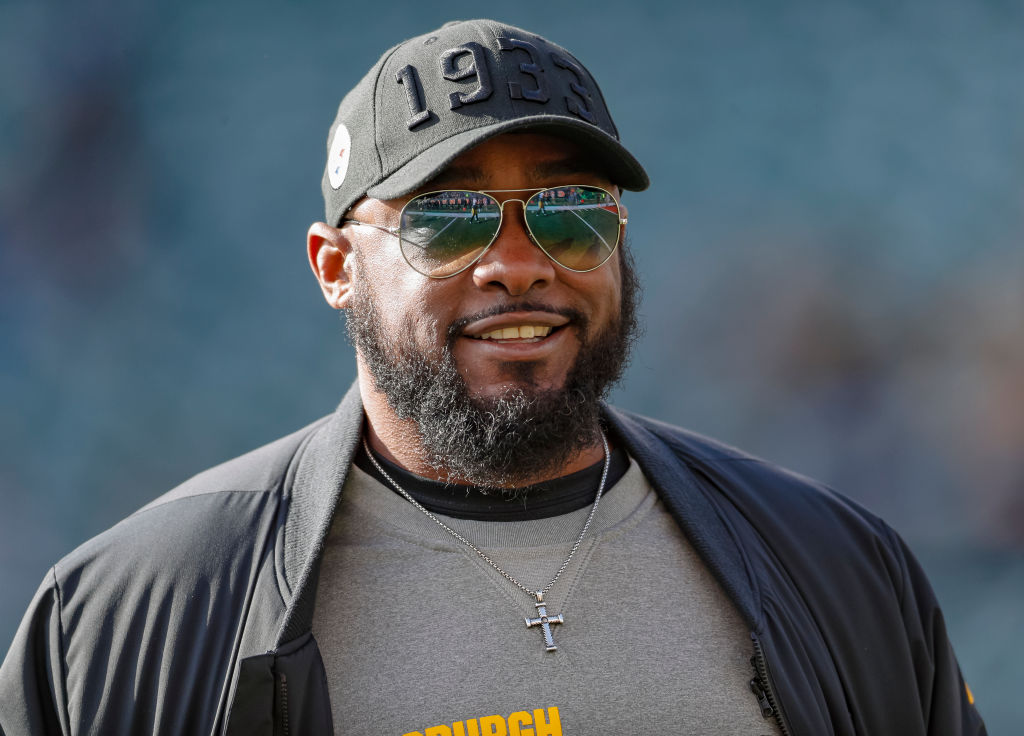 With the Eagles coming from behind to beat Eli Manning and the New York Giants on Monday Night Football, Week 14 of the NFL season is officially in the books and open for review. While we can’t get to everything — like the emergence of Drew Lock in Denver and Odell Beckham already souring on being a Cleveland Brown — here are five of the top storylines to emerge from the football week that was, and whether we’re buying or selling on ’em.

Buy: The Titans will take the AFC South from the Texans

Coming off a shutout loss to the Denver Broncos that dropped them to 2-4, the Tennesse Titans made the difficult call of benching franchise QB Marcus Mariota for veteran starter Ryan Tannehill. Since then, Tennessee has won six of seven games to get to 8-5 and into a tie for first place in the AFC South with the Houston Texans.

Winners of four in a row, the Titans have a chance to take over first place outright as they play Houston twice in the final three weeks of the season. Barring something unforeseen in the form of an injury to Tannehill or star running back Derrick Henry, we fully expect the Titans to do it.

Since Tannehill has taken over, the Titans have won close games as well as blowouts, and have never scored fewer than 20 points. Converting at a 58.3 percent clip (19th in the NFL), Tennesee’s red-zone offense has become the best in the NFL with Tannehill under center.

This week, that red-zone offense will go up against a Houston defense that just got torched by rookie quarterback Drew Lock and the hapless Denver Broncos for 38 points on Sunday in an embarrassing home loss.

While it’s possible that loss helps fortify the Texans for this week’s game as well as the season finale, it seems more likely Houston caves this week on the road in Nashville and the Titans take over first place.

Once they do, they won’t give it back.

Sell: The Packers are the second-best team in the NFC

At 10-3, the Green Bay Packers are alone in first place atop the NFC North and also occupy the second seed overall in the conference.

Coming off back-to-back wins over the Giants and Redskins, the Packers are in prime position for two upcoming division matchups against the Bears (7-6) and Vikings (9-4), the teams Green Bay knocked off in Week 1 and Week 2 of this season.

Coincidentally, despite their strong record and No. 2 NFC standing, those two weeks were actually the last times the Packers beat a team with a winning record. In the weeks since, Green Bay has played a single team that now has a winning record, the San Francisco 49ers. In that game, the Packers were destroyed, losing 37-8.

While it isn’t Green Bay’s fault they haven’t played any winning teams — you can only play what’s in front of you — it will certainly be interesting to see how they fare over the next two weeks against better competition.

If they can take care of the Bears and Vikings in convincing fashion, the Packers should be counted amongst the NFC’s elite teams. If they can’t, it will show their 10-3 record is based more on inferior competition than the Packers being an elite team. (The same argument can also be applied to the AFC’s No. 2 seed, the New England Patriots. The Patriots have only beaten one team that currently has a winning record, the Pittsburgh Steelers in Week 1.)

Buy: The Chiefs and Patriots will meet again in the playoffs

A million and one things could occur that would cause it not to happen, but it just seems fitting that the Patriots and Chiefs will play each other once again in the playoffs be it in Kansas City or New England.

Following Kansas City’s 23-16 win over New England on Sunday afternoon, the Patriots and Chiefs have now played three straight one-score games with the Pats taking two and KC taking one. Each of those games, one of which went to overtime, has been incredibly close, with the total score of the trio being New England 96, Kansas City 94. Since Andy Reid took over as head coach of the Chiefs in 2013, the teams have split the six-game series with three wins apiece.

The Chiefs have had the two biggest wins (41-14 in 2014 and 42-27 in 2017) in the six games, but the Patriots have had the two most important as a pair of their victories came in the playoffs (2016 and last season). Given how evenly matched the teams have been, it just seems fitting they should meet again this postseason to give one of them an opportunity to take a 4-3 lead in the series by bouncing the other out of the playoffs.

In an NFL that largely lacks non-divisional rivals, it would be great to see these Chiefs and Patriots go at it for the fourth time in two seasons — likely for the chance to take on the Baltimore Ravens for the AFC Championship.

During Week 11, the bottom fell out for Bears quarterback Mitch Trubisky as the third-year quarterback was able to complete just 24-of-43 passes (55.8 percent) for a touchdown and an interception in a 17-7 loss to the Rams.

Since then, the Bears (7-6) have won three straight and Trubisky has played reasonably well, throwing seven touchdowns and averaging nearly 300 passing yards per game during the winning streak.

With Trubisky eligible for a contract extension following this season, the Bears can try to link him to the type of deal (four years, $134 million) Jared Goff and the LA Rams agreed to prior to his fourth season in the NFL.

If the Bears are smart, they won’t take the cheese.

Has Trubisky been better of late? Yes. But does that make him worth extending this early into his five-year rookie deal? No. By waiting to extend Trubisky, the Bears will be taking a risk as, should he continue to play well for the rest of the season and into 2020, his asking price will only go up.

For a Chicago team that already has lots of money tied up in players like Khalil Mack, Allen Robinson and Kyle Fuller, saving cash is a priority so paying through the nose to keep Trubisky will be less than ideal. But it’s certainly preferable to signing Trubisky to the kind of money Goff got from the Rams and then having him end up like, well, Goff.

Goff, like Trubisky, was inconsistent during his first two years in the league but turned a strong third year into a big payday. But, since signing his deal with the Rams, Goff has regressed as a quarterback and the Rams, like the Bears, have played much worse than they did a year ago.

The Bears should be wary of making the same mistake the Rams did. The only thing they have to lose by waiting to sign Trubisky is money. That being the case, it’s worth the wait.

Buy: Mike Tomlin is doing his best job as a coach

It seems like eons ago, but on this season’s first edition of Sunday Night Football the Pittsburgh Steelers were demolished by the Patriots 33-3 in New England.

During Pittsburgh’s Week 14 win over the Cardinals on Sunday, neither Roethlisberger nor Conner nor Smith-Schuster was on the field, but the Steelers were still able to take the 23-17 victory in Arizona.

Losers of four of their first five games and looking like one of the NFL’s worst teams, the Steelers have won seven of their last eight games and now sit at 8-5 on the season with three games left to go. That’s a position few would have predicted after Pittsburgh’s rocky start and no one deserves more credit for what the Steelers have accomplished than coach Mike Tomlin.

Tomlin lost Roethlisberger in Week 2 of the season and was forced to replace him with backup Mason Rudolph. Then, after Rudolph was somehow able to lead the Steelers to a 5-3 record despite being woefully ineffective, Tomlin made the call to replace him with undrafted rookie quarterback Devlin “Duck” Hodges.

Hodges hasn’t set the NFL record books on fire either, but the Steelers are 3-0 with him under center and the team currently has the final wildcard spot in the AFC. It’s hard to imagine too many other NFL teams playing without their top three offensive players (Roethlisberger, Conner and Smith-Schuster) and managing to win the way Tomlin and the Steelers have done.

“I think this has been his best coaching year to date because he’s done more with less,” former Steelers coach Bill Cowher said last week of his successor. “He’s adapted and adjusted and he’s got this team hunting for the playoffs. I give a lot of credit to that man.’’

For this season at least, you should too.