Trying to Understand What Makes Luka Dončić an MVP in Waiting 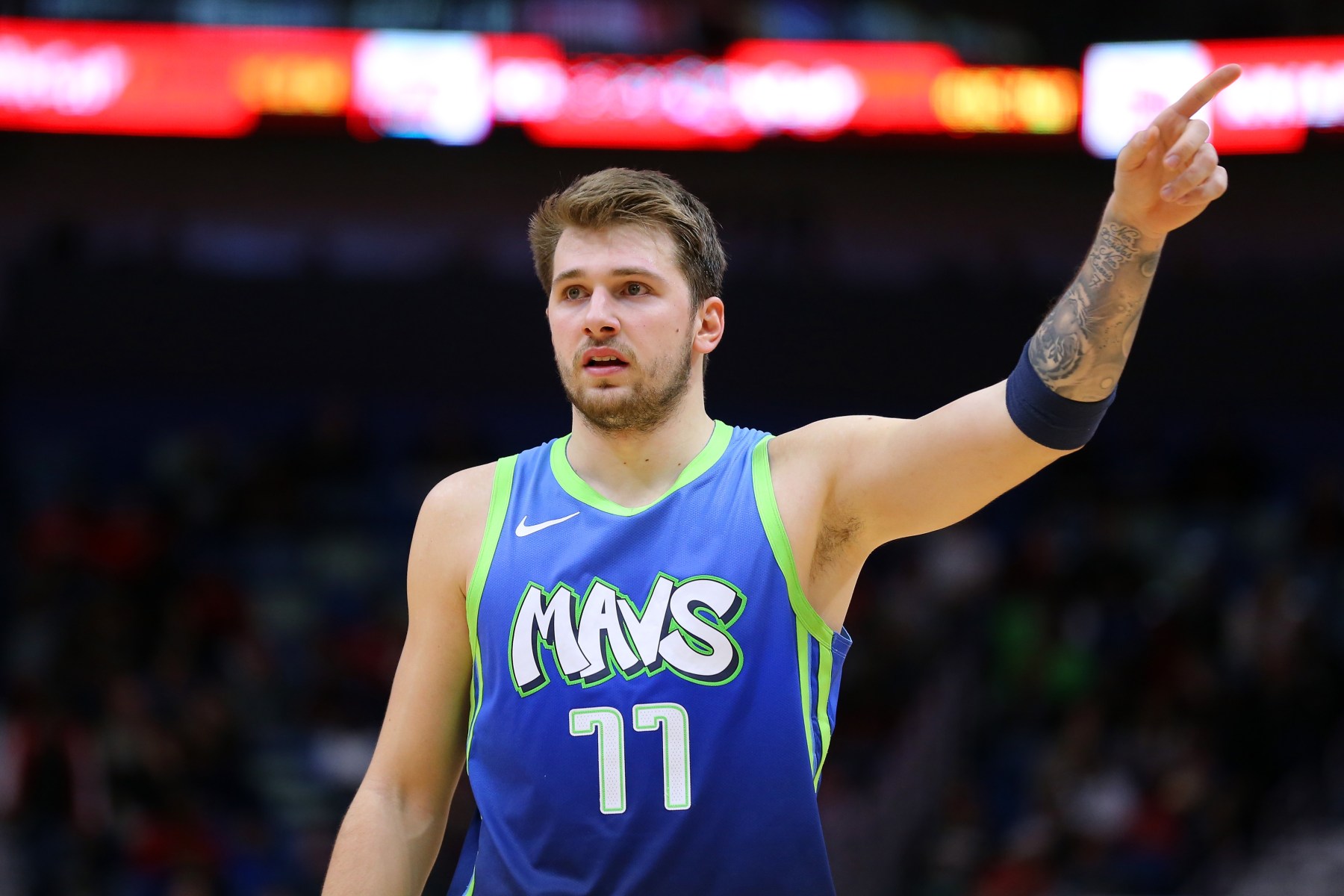 Passing, the stepback and creativity make Luka stand out in the NBA.
Jonathan Bachman/Getty Images
By Jack Tien-Dana / December 9, 2019 10:02 am

On an aesthetic level, Dončić is entirely unlike his peers in the NBA’s Good Place. Even as he re-appropriates aspects of other stars’ games, Dončić lacks Lebron James’s brutalism or Kawhi Leonard’s cyborgian rigidity or Nikola Jokic’s pudge. Rather, he operates with a cautious chestiness; the way he heavily staggers around the court suggests that every play might be a disaster, but he maintains the firm control to ensure that it never actually is. His closest stylistic antecedent is probably James Harden, a stocky lead guard who snowballs his way into gaudy statlines. But Harden possesses a languid cynicism that is all his own; nobody else has ever carried a load as unmanageable Harden’s while appearing quite as unperturbed.

Dončić is a different beast altogether: a doughy but rangy amalgam of passing, size and shooting, and the natural progression of the movement toward big playmakers and position-less-ness. While he probably won’t reshape the sport in his image the way his beloved Jennifer Aniston literally reshaped women’s hair in the ‘90s, he will come close. And so, in honor of the ineluctable passage of time and with it the rise of a new generation of superstars, we’ve compiled four reasons why Luka will be the pick of the bunch.

While Dončić would undoubtedly be the strongest and fastest person that you or I have ever met, in the context of an NBA game, he resembles a beer-bellied former high-school star reliving his glory days on an SAE intramural team. But he’s inarguably elite in one area: deceleration. Whereas most all-star guards generate space by rifling past defenders, Dončić instantly slows to a standstill and watches the opposition zoom by. As a result, he shoots 74 percent at the rim, which is bonkers. Consider how Elie Okobo overruns Dončić’s sudden euro-step, flails at phantoms and looks back like Wile E. Coyote falling off a cliff. This cocktail of average acceleration and JP Power and Associate award-winning braking lends Dončić his signature rhythm: in a sense, he’s basketball Blueface, joyfully lolling a half-step behind the expected cadence, mopping the floor and hiding the “Caution: Wet Floor” sign just to catch defenders slipping.

Example: Luka with the alley-oop

Dončić’s 30.3 points per game ranks third in the league, but his passing might be even more impressive. With 9.2 assists per game, Dončić demonstrates total playmaking mastery. To paraphrase countless Instagram highlight pages, Dončić is in his bag; to paraphrase the Bible (which is essentially the Aramaic House of Highlights), his bag runneth over. He hits cutters off of designed plays; he zips pocket passes out of pick-and-rolls; and he uses the threat of post-ups and penetration to generate open three-pointers, like a young LeBron weaned on Prežganka. Most of all, Dončić does not merely settle for what the defense presents him: he conjures scoring opportunities on his own. Can you imagine tossing a one-handed lob off the wrong foot from 30 feet away over Anthony Davis’s outstretched arachnid arms? If yes, are you in the right headspace to receive some information that could possibly hurt you?

Dončić is a lethal shooter, no matter what his pedestrian 32.7 percent three-point percentage might indicate. Stats are for losers. Nearly three-quarters of Dončić’s long-range attempts are difficult, unassisted ones, primarily coming off his signature stepback. He trails only James Harden in made step-back threes — a move that is very legal and very cool, no matter what the mewling hoops police say. His ball-handling has grown tighter and trickier this season, which allows him to unsettle defenders enough to let him scoot backwards and fire. And at 6’7, Dončić presents a pair of issues for defenses: smaller guards can’t mount a strong enough contest to alter his shot, whereas bigger forwards can’t cover ground fast enough to Futsal Shuffle with him. More, this step-back lends his scoring a key element of self-sufficiency — he can create three-pointers without the aid of his teammates, a key skill against the kind of elite, focused defenses that the Mavs hope to be able to face deep in the playoffs.

Example: Luka with the turnaround fadeaway

Dončić’s immense control of the game is important and all, but more intriguing, it grants him the freedom to simply do cool stuff. By diagnosing the defense, he does not resign himself to rote passes and decisions, but rather identifies the parameters in which he can flex his creative muscles. Mavs coach Rick Carlisle made his bones by choreographing the kind of fluid, symphonic offenses that have spread throughout the league. The read-and-react principles of his Flow offense that boat-raced defenses in 2011 have become old hat in 2019. Now, Dončić has revitalized an organization and an offensive that had begun to grow stale. In Dončić’s hands, an ordinary pick-and-roll morphs into an opportunity to do the Mayor Pete Dance around hapless defenders. In the clip above, Dončić snake-dribbles (a gambit in which, as he comes off the screen, he veers back toward the direction of the original screen, pulling LaMarcus Aldridge away from the roll-man and pinning the on-ball defender behind the play), ball-fakes both Spurs off of this mortal coil, reverse pivots and then calmly drains an off-balance shot. In this moment, he has no more worlds to conquer.