The Five Fights That Made the UFC Worth $4.2 Billion 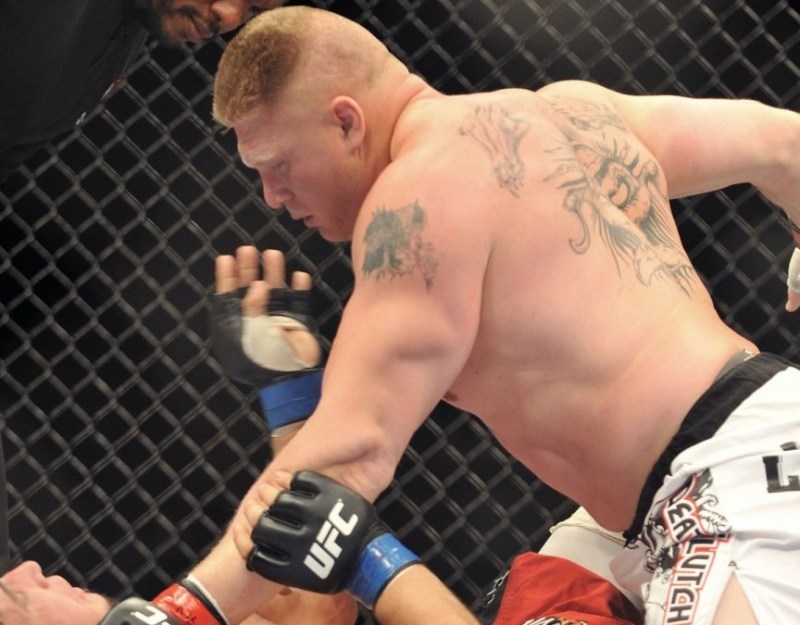 In 2001, casino-owning brothers Frank and Lorenzo Fertitta bought the Ultimate Fighting Championship (UFC), a mixed martial arts organization, for $2 million. Today, it’s reportedly on the verge of being sold for a staggering $4.2 billion.

Ahead of the UFC 200 card, which takes place on Saturday, July 9, RealClearLife has curated a list of the five fights that made the UFC’s 2,100 percent spike in value possible.

Forrest Griffin vs. Stephan Bonnar: April 9, 2005. By UFC President Dana White’s own assessment, this is the “most important fight in the history of the company.” The UFC’s standing was so low they had to pay the Spike network to air the first season of their series The Ultimate Fighter. Griffin and Bonnar faced off live in the finale, and the result was a bout where both men somehow survived a nonstop frenzy. (Think Hagler-Hearns, if Hearns never went down.) If this fight had been a dud, the UFC might still be a struggling promotion.

Brock Lesnar vs. Randy Couture: November 15, 2008. Defending UFC heavyweight champ Couture was already 45. The WWE star-turned-fighter Lesnar was 31 and outweighed Couture by at least 45 pounds. Yet with Lesnar fighting in only his third UFC bout (career record at that point: 1-1), it still felt like a bit of a gimmick until Lesnar destroyed Couture. While Lesnar’s career has been interrupted by two brutal knockouts and various health problems, he is arguably the biggest draw in UFC history. His return against Mark Hunt for UFC 2000 on July 9 will be one of the most anticipated fights in years. Incredibly, that will be only Lesnar’s ninth career fight.

Georges St-Pierre vs. B.J. Penn: January 31, 2009. The reigning UFC Welterweight (St-Pierre) fought the reigning UFC Lightweight champ (Penn) in a rematch of their closely-contested 2006 bout (won by St-Pierre by decision). This time, St-Pierre won by stoppage, but in the process showed what many fans love about the UFC in comparison to boxing: The fights people want to see actually happen, regardless of weight class, and fighters aren’t penalized for taking on tough opponents, even if they lose. (Penn is regularly celebrated as one of the 10 greatest fighters in UFC history, despite a career record of 16-10-2.) 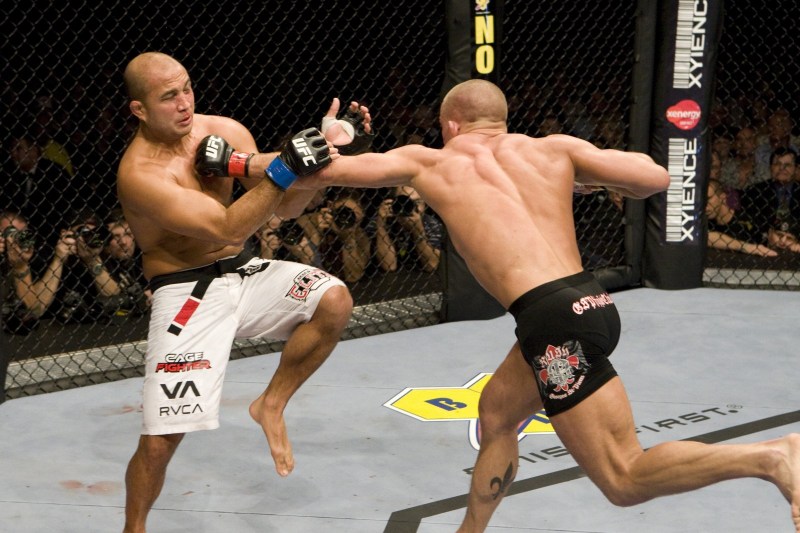 Ronda Rousey vs. Liz Carmouche: February 23, 2013. Before Rousey, the UFC was dismissive of women having a place in mixed martial arts; when asked when women would join the UFC, its president Dana White replied, “Never.” “Rowdy” changed all that, as her official UFC debut began a run of first-round submissions that turned her into a full-on superstar. Rousey hasn’t fought since a knockout loss to Holly Holm in 2015, but even in defeat, she demonstrated her star power, drawing a UFC record 56,214 fans. Here’s Rousey recapping just how she beat Caramouche.

Conor McGregor vs. Chad Mendes: July 11, 2015. Followed everywhere by his fanatical Irish fans, McGregor has proven a massive attraction for the UFC. (As well as a bit of an annoyance: he was dropped from UFC 200 after demanding a record $10 million guarantee.) This was the fight where it could have all been derailed, as he accepted, on short notice, a replacement opponent for injured champ Jose Aldo. Mendes opened the fight by destroying McGregor with his superior wrestling, only to have McGregor abruptly knock Mendes out just before the end of the second round. McGregor went on to beat Aldo and now is a big enough star to jump weight classes and shrug off a loss to Nate Diaz, but this was almost the end of the line before he really got started. McGregor’s entrance arguably overshadowed his performance in this fight, as surprise guest Sinead O’Connor serenaded him as the crowd went wild before he even had a chance to throw a punch.