The Most Fascinating Swimmer on Team USA is Not Michael Phelps

BERLIN, GERMANY - OCTOBER 20: Anthony Ervin of United States celebrates after winning the men's 100m freestyle final during day one of the FINA Swimming World Cup at Eurosportpark on October 20, 2012 in Berlin, Germany. (Photo by Boris Streubel/Bongarts/Getty Images)
By Sean Cunningham 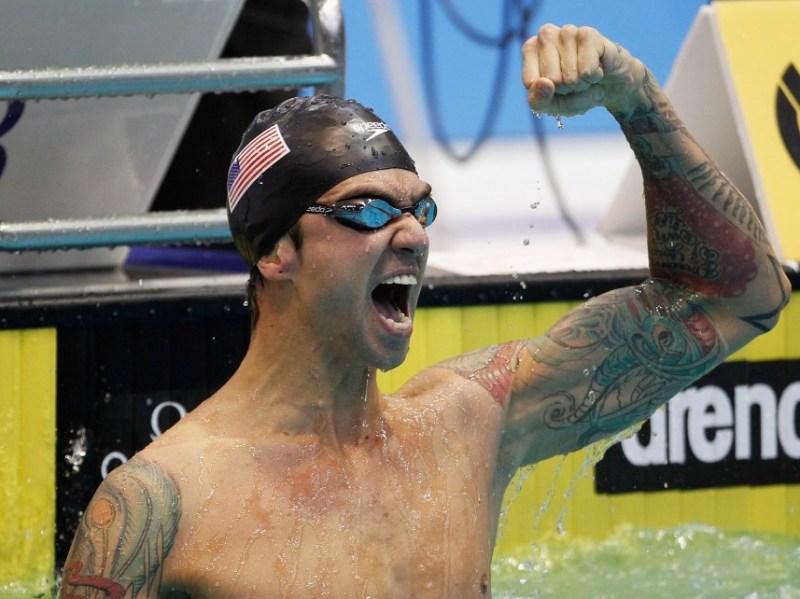 Anthony Ervin of the United States celebrates after winning the men’s 100m freestyle final during day one of the FINA Swimming World Cup at Eurosportpark on October 20, 2012, in Berlin, Germany. (Photo by Boris Streubel/Bongarts/Getty Images)

They’re both gold medalist American swimmers in their 30s known to do a bit too much hard living out of the pool.

That said, while everyone on the planet knows Michael Phelps, you may not recognize the name Anthony Ervin.

This makes sense: it’s easy to be overshadowed by Michael Phelps. He won six gold medals in 2004 (plus a pair of bronzes), eight in 2008, four more in 2012 (plus two silvers), and already another gold medal in 2016, always performing in the pool even as he publicly struggled with his drinking. That’s 19 gold medals: to put that figure in full perspective, Algeria has won 15 medals total in its Olympic history, summer and winter included.

The result is that his teammates’ own excellence is often missed. After all, Phelps won six golds on relay teams and, remarkable as he is, he only swam one of the four legs. Ryan Lochte, with his five gold medals entering Rio, achieved a bit of celebrity with roles like his cameo as the “Sex Idiot” on 30 Rock. For the most part, however, other U.S. Olympic swimmers have been left in the shadow of the Baltimore Bullet.

It’s a particular shame when it comes to Anthony Ervin, because his life neatly parallels that of Phelps, only with even more chaos. They were both 19 when they won their first gold medal. In 2000, Ervin picked up a gold in the 50 m freestyle and a silver in the 4 x 100 m freestyle. As the first African-American swimmer to win gold, Ervin received coverage from places that normally would have little interest in swimming, much as Phelps later would. And like Phelps, Ervin often struggled with life outside of his training and there were times it seemed that he would abandon the sport.

Of course, unlike Phelps, Ervin actually did give up on swimming. He quit at 22 (after auctioning off his gold medal to benefit tsunami victims) and engaged in what Rolling Stone termed “equal parts spiritual quest and bender.” As if this wasn’t enough to set Ervin apart, Rolling Stone noted in 2012 that he was a “tattooed, half-black, half-Jewish grad student with Tourette’s syndrome who has a history with hallucinogens, tobacco, fast motorcycles and rock & roll, and has more in common with Kurt Cobain than with anyone pictured on a Wheaties box.” (Ervin is also partly Native American.)

Yet his talent was so great that after abandoning his sport for nearly a decade and abusing his body with a variety of substances, Ervin still qualified for the 2012 Olympics at 31 and made the 2016 team at a remarkable 35, feats as unlikely as those achieved by any medal winner.

This will almost certainly be the last Olympics for both men. (Phelps is now 31 himself.) It’s unlikely either will equal their past form: with Phelps slated only to compete in three individual events, this will be his lowest medal count from an Olympics no matter how he performs. Yet both will always be seen as proof that the apparently impossible can be accomplished, even by two guys who often proved to be their own greatest obstacle.

Read more about Ervin heading into Rio here. If you need a Phelps’ fix, go here for a look at the drinking and general dysfunction that at times jeopardized his career and even life. At the bottom, watch Ervin give the story of his tattoos. 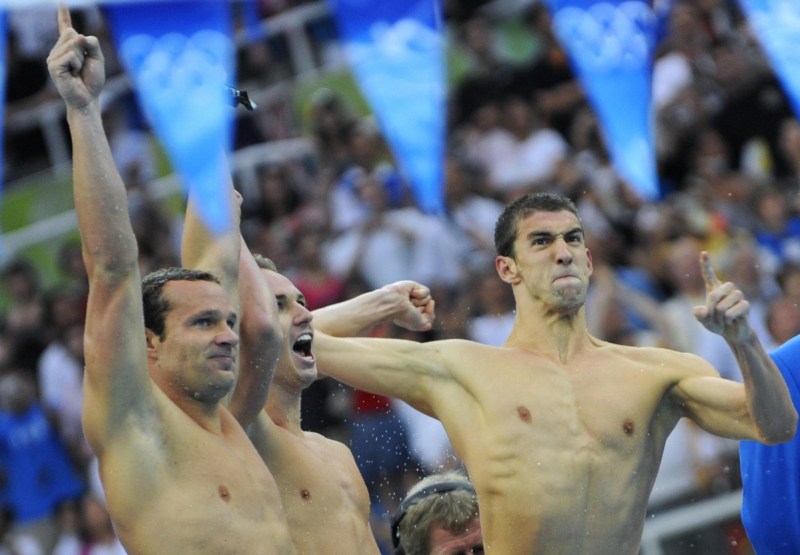