If anything, an asterisk should be an acknowledgment of the most difficult season in recent memory

Back in February, MLB Commissioner Rob Manfred appeared in an exclusive interview with ESPN to address his handling of the Houston Astros’s sign-stealing scandal. At one point, Karl Ravech pressed him over the possibility of the Astros receiving an asterisk for their tainted 2017 title, or even returning their World Series trophy. Who knows what Manfred was thinking. Maybe he thought he could downplay the whole fiasco, which — even after superstar Pat Mahomes dramatically came from behind to win his first Super Bowl — had hijacked all of American sports media. Maybe he was just sick of thinking about trash cans.

Manfred flippantly replied, “The idea of an asterisk or asking for a piece of metal back seems like a futile act.”

What is a league’s trophy worth, when that league’s CEO (whose name is actually on it) views it as nothing more than a hunk of sterling silver? The soundbite was thoughtless, shallow and somewhat cruel. It was the sort of comment you’d expect to hear from a jealous older brother who missed out on getting recruited because he “blew out his knee junior year.” Manfred spent the rest of the week apologizing, but the league was pissed. Sportswriters predicted the gaffe would follow him throughout the season — after all, how could MLB headlines get any crazier?

You know what happened next. The arrival of COVID-19 on American shores didn’t become real for many in the country until that Wednesday evening in early March when the NCAA basketball tournaments were canceled, the Utah Jazz never come out of their locker room and MLB players walked off fields in Florida. In the following weeks, leagues scrambled to patch together a workaround before accepting that this thing was real and their league’s finish (or start) needed to be put on a permanent back-burner.

Months later, it was the resumption of sport — of European soccer, then the PGA Tour, then MLB, then the NHL, then the NBA, then the NFL — that signaled an indefinitely postponed world was crawling back to life. Certain executives did better than others to get their seasons off the ground again (wait for the 30 for 30 in a few years for a full breakdown) and Rob Manfred, ironically, was not one of them. MLB fought bitterly with the MLB Player’s Union for weeks over revenue sharing, public health risks and “temporary” rule changes. There was nearly no season. At one point, hopeless fans started to sound like February Manfred, long before life had been upended. Why play? What is a trophy, anyway? A “piece of metal”? What is a title worth in the midst of a pandemic?

But they did end up playing, as did every other league, and now titles are actually on the line. The Stanley Cup is down to its final two games. The NBA Finals start this week. The World Series will be done before Halloween. Liverpool FC and Bryson DeChambeau and Naomi Osaka and others have already won real hardware this year.

It all calls to mind the other half of Manfred’s quote: the asterisk. Long the favorite punctuation mark of baseball fans, it’s frequently weaponized against cheaters of the game. (If you’ve got $20 burning a hole in your pocket, you can even buy a Houston Asterisks shirt online.) But what about this year? Will championships earned in 2020 need an asterisk? And if they do, should that symbol serve to discount the achievement? Or might it just provide a small cough, a reminder that everything was a little different in the year these games were played, the pressure of packed arenas absent but a very real, different and perhaps more ominous kind of pressure omnipresent?

In fairness, it all looks different this year. The NHL let 24 teams into its playoff, a bonanza with qualifying series that’s taken place exclusively in just two Canadian cities. In a matter of weeks, MLB roundly discarded debates that used to carry sportstalk from breakfast to lunch: pitchers aren’t hitting in the National League this year, doubleheader sets feature two seven-inning games, and any time a contest heads to extras, the batting team gets to start with a runner on second base. In Orlando, meanwhile, the NBA set up what could probably be studied as an elaborate anthropological experiment — in case you weren’t aware, the Bubble has its own barber shop.

And then there’s all of this to consider: shortened seasons, widespread “opt-outs” across each league, time away from loved ones, too much rest, too little rest, limited or non-existent preseason training, deeper playoff fields, social-distanced locker rooms, fewer team outings, Zoom media appearances, stressful travel, a lack of travel, the national recession, sociopolitical unrest, the fact that the Toronto Blue Jays now play in Buffalo and those aforementioned empty stadia and arenas.

But consider this, too: the league-wide batting average in MLB this year is the lowest it’s been since 1968, when pitchers made hitters look so silly the mound was lowered the following year. Analysts have some reasons at the ready — including the prevalence of the shift, more relievers and even a lack of environmental noise (fielders can hear the crack of the bat better when there’s no crowd) — but it’s telling that some hitters have actually gone ahead and acknowledged the crippling loneliness of trying to break a slump in 2020. There’s simply nothing to do after the game. If they do go out to blow off steam, maybe grab drinks with a friend and try to forget about their 0-5, they’ll just risk spreading COVID-19 to teammates, coaches and staffers, and get sent to the team’s Alternate Site.

Each and every professional sportsman or woman has experienced some version of that. Forget titles: What sort of play do we expect from players in 2020? It’s more than just the uncomfortable quiet after a botched serve, after all, or the fact that some three-point specialists didn’t have access to a court for months. It’s the idea that competitors are missing the birth of children, that their minds are distracted by open national wounds, that they’re feeling adrift this year, too, like any one of us.

Consider any accomplishments you’ve made in the workplace this year. Does closing a deal, earning a promotion or training a new staffer count any less because you were sitting in your basement wearing slippers when you did so? These are professionals, like everyone else, and in order to do their jobs this year, they’ve had adapt to the COVID-era whims of their professions. The teams and competitors that manage to make it to the finish line this year don’t owe an explanation to today’s sportswriters or tomorrow’s historians. Within the parameters of what 2020 could bear, they’ll have come out on top.

Some have had career years this year. And many of them, naturally, will end up winning championships before the year is through. But remember: pillars like routine and familiarity are as important to an athlete’s success as talent. Any disruption — even those that talking heads might consider a “benefit” on-air, like rule changes that encourage scoring, or more opportunities than usual for teams to make the playoffs — might, if anything, make this season more difficult to manage than any other.

So: Should there be a literal, physical asterisk? We don’t need one. “2020 Champions” accomplishes as much (if not more) as anything you might include in the fine print. The narratives speak for themselves. LeBron could soon win another ring, even though at the peak of last month’s wildcat strike, he was advocating for an end to the Bubble. After a successful 60-game season, the $60-million payroll Tampa Bay Rays might challenge the Mookie Betts-led Los Angeles for a World Series. Pat Mahomes will probably win another Super Bowl. NCAA football is playing a bizarre, old-school season with no inter-conference games and completely different starting dates.

You could dispute the titles that emerge from any of these storylines — all of which would’ve put your jaw on the floor had you read them as headlines a year ago — but then, you’d only be a sports fan. Every year is accompanied by some sort of asterisk, especially when your favorite team doesn’t win. Manfred’s to-do list, after all, went from sign-stealing to a global pandemic in the span of two weeks this winter. Following sports will always be messy; it’s just particularly messy this year. And that’s no reason to discount the efforts of those who will bring these seasons home — or those pieces of metal they’ll hoist once they’re done. 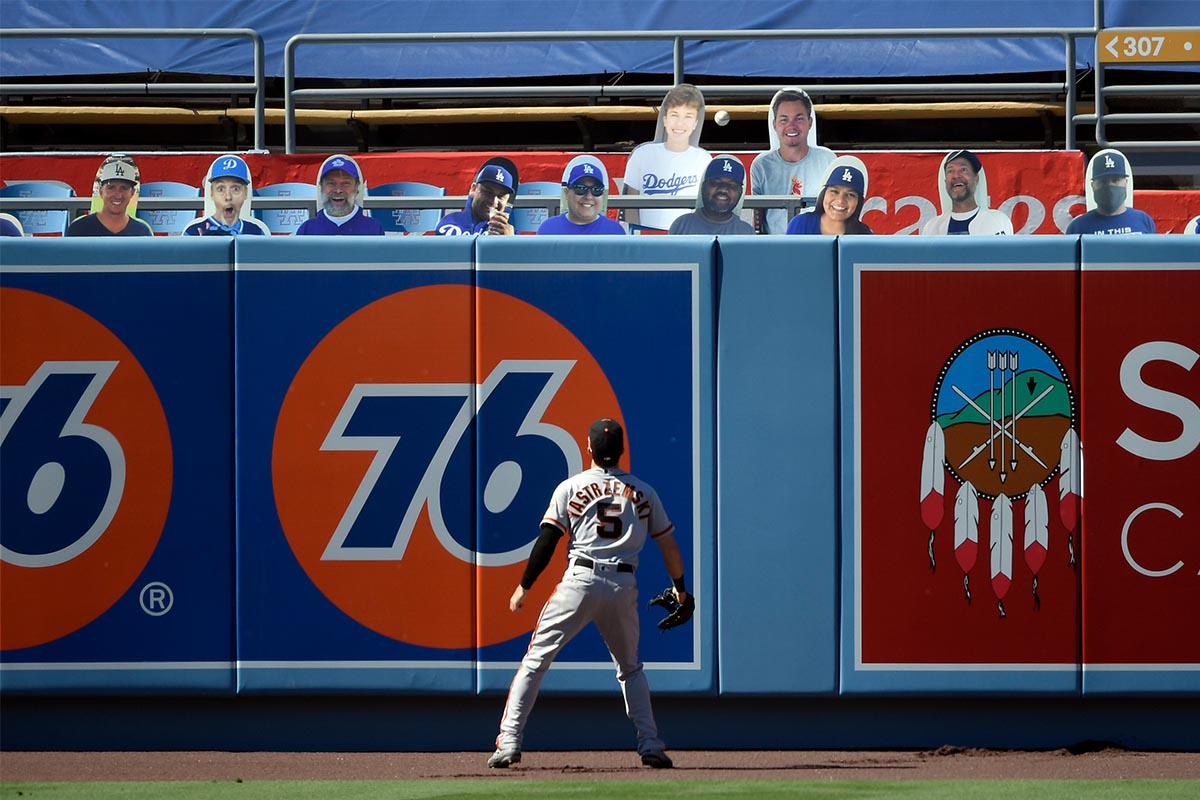 What’s Lost When Every Game of the MLB Season Matters? 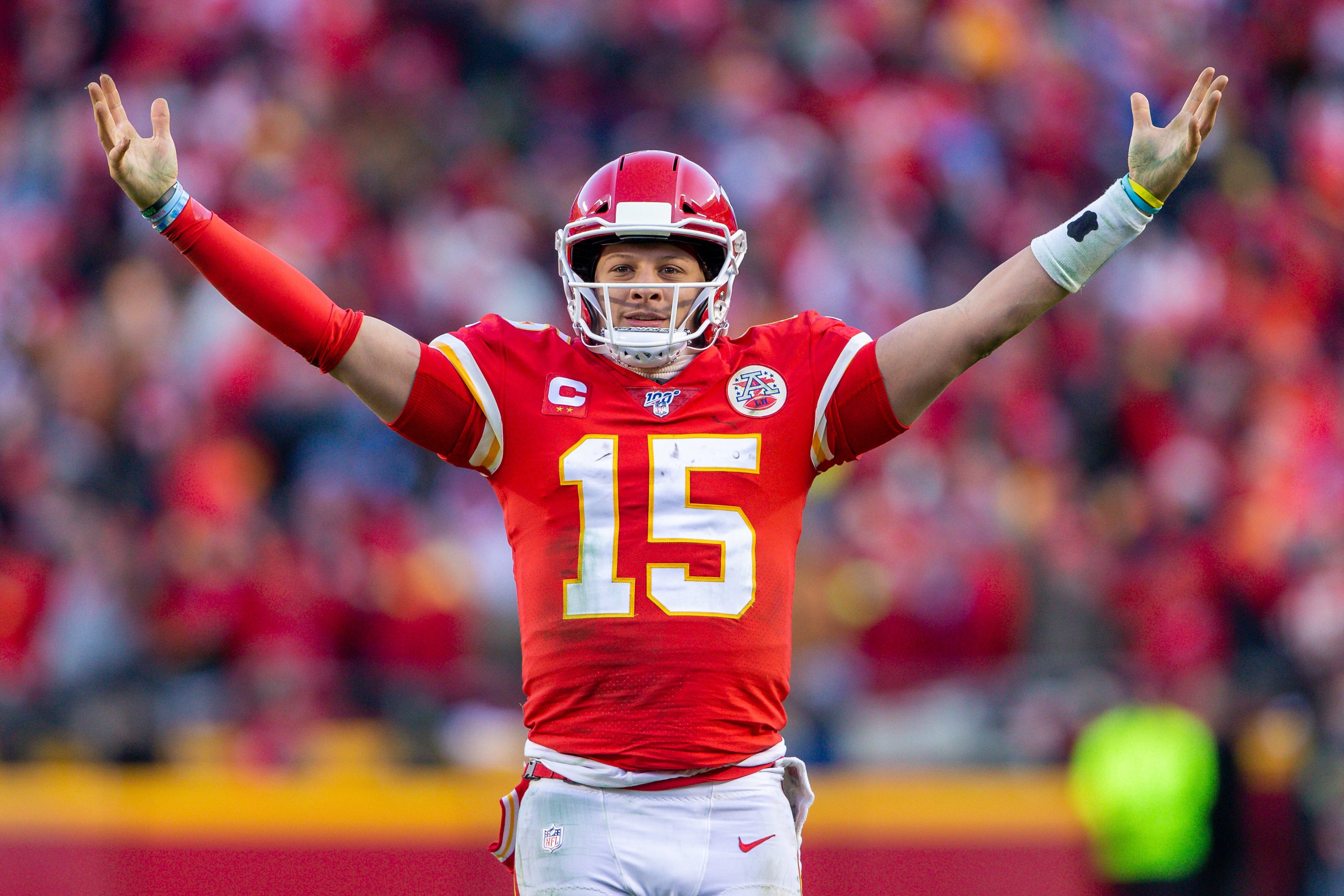 Can Anyone Stop the Chiefs From Becoming the NFL’s Next Dynasty? 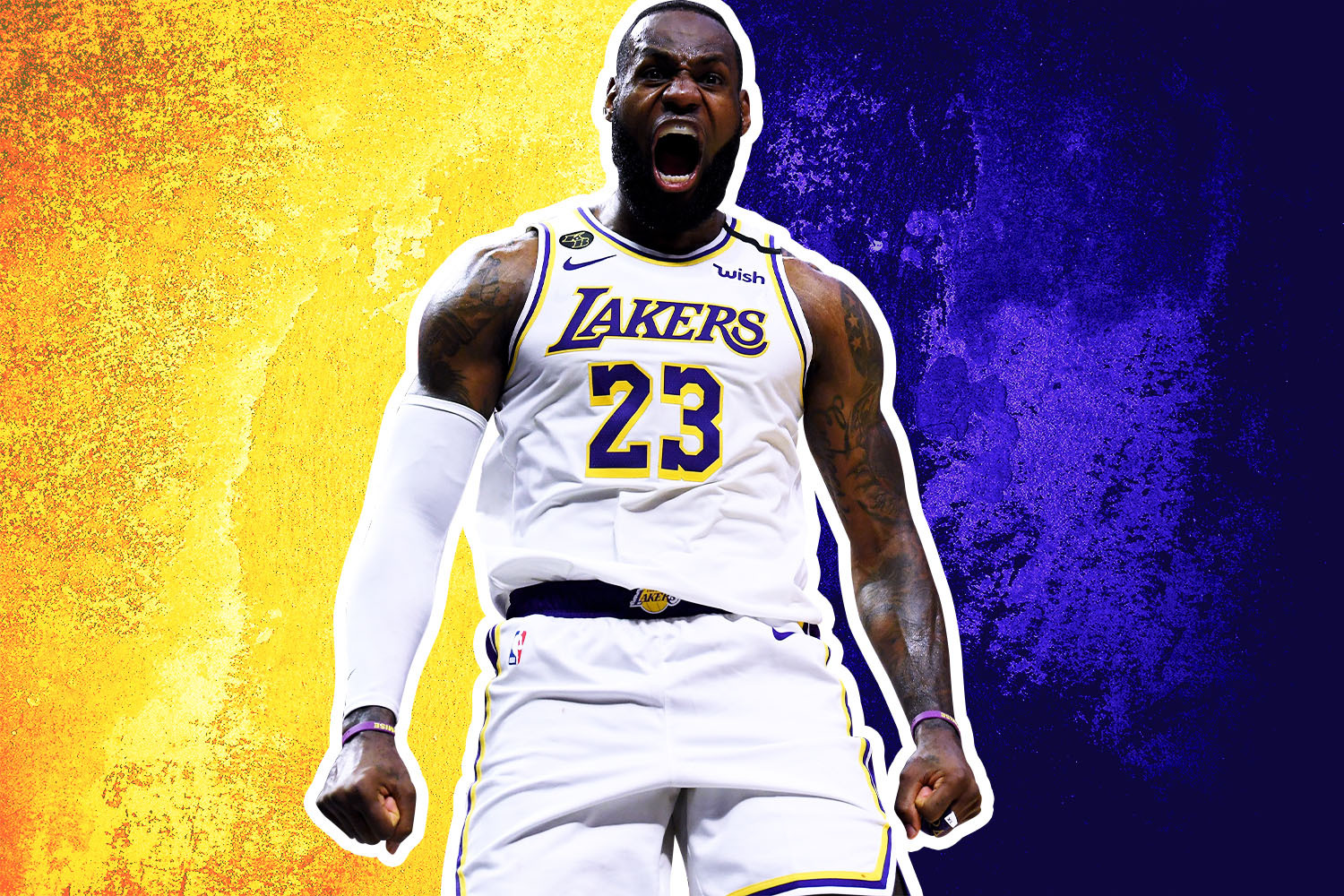 22 Questions: Is LeBron James Still the Best Player in the NBA?