TAMPA, FL - OCTOBER 12: Sidney Crosby #87 of the Pittsburgh Penguins celebrates his hat trick against the Tampa Bay Lightning at the Tampa Bay Times Forum on October 12, 2013 in Tampa, Florida. (Photo by Scott Audette/NHLI via Getty Images)
By Matthew Reitman 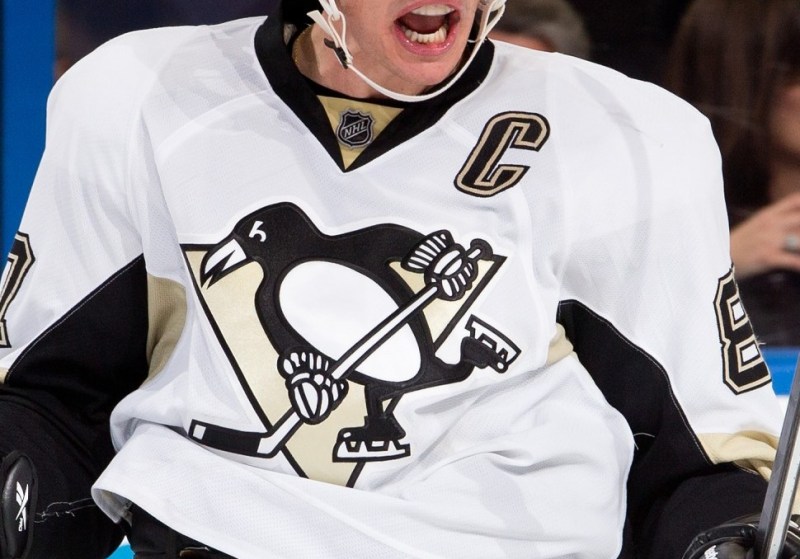 On the cusp of winning their first Stanley Cup trophy since 2009, the Pittsburgh Penguins face off against the San Jose Sharks in Game 5 tonight (Pittsburgh leads 3-1). In advance of the matchup, RealClearLife has curated a profile of Penguins team captain Sidney Crosby, who draws comparisons to a variety of elite hockey players throughout history. Despite his talent, Crosby maintains a low profile off the ice. Pittsburgh Tribune‘s Jason Mackey expands on this:

“Crosby may no longer sport that boyish look from when he took the NHL by storm, his every move compared to Wayne Gretzky or Lemieux. His 102-point rookie season did little to temper expectations, but some things remain the same. He still is unfailingly polite, patient and humble—traits he attributes to his working-class hometown of Cole Harbour.

Whether it’s playing hockey, performing charity or shopping at the grocery store, Crosby takes nothing for granted. He doesn’t like change, and he’s not extravagant.”

Read the full story here. Watch highlights from Game 4 of the Stanley Cup Finals below.