A record-setting number of wins doesn't mean much without a World Series. 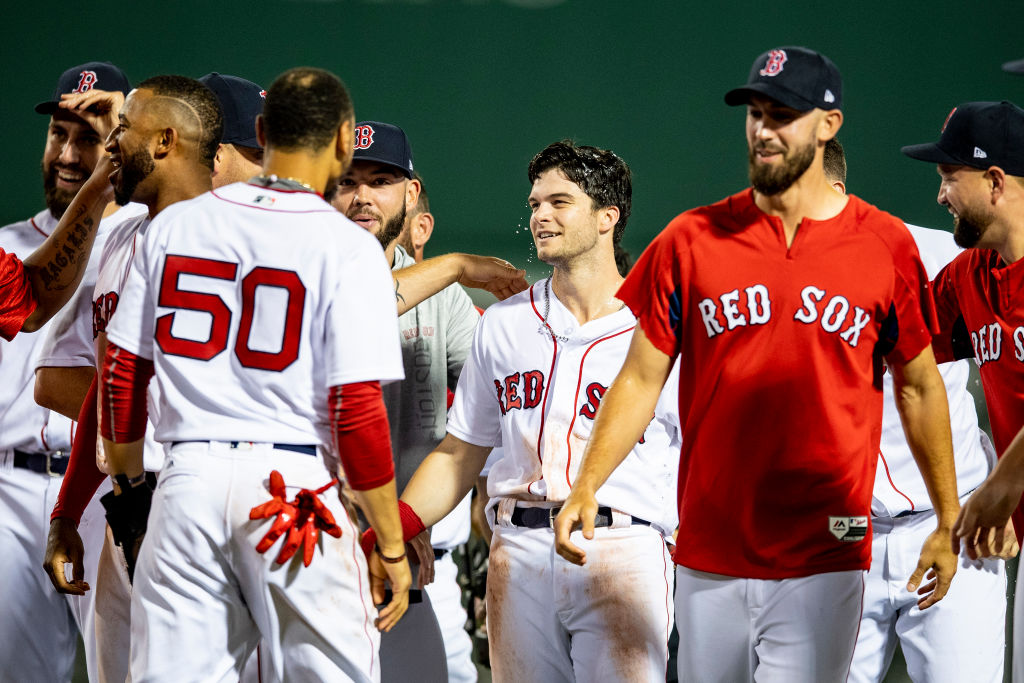 BOSTON, MA - AUGUST 5: Andrew Benintendi #16 of the Boston Red Sox reacts with teammates after hitting the game winning walk off single during the tenth inning of a game against the New York Yankees on August 5, 2018 at Fenway Park in Boston, Massachusetts. (Photo by Billie Weiss/Boston Red Sox/Getty Images)
Getty Images
By Evan Bleier / August 11, 2018 5:00 am

In 2001, manager Lou Piniella and the Seattle Mariners rode a starting rotation including Jamie Moyer, Freddy Garcia, Aaron Sele, and Paul Abbott to a 116-46 record, tied for the best mark in MLB history with a Chicago Cubs team that went 116-36 in 1906.

The M’s were arguably the best team in baseball history that year … and no one cares.

One reason for that is the thing people remember most about Seattle’s squad that season is it was the first year Ichiro Suzuki – who won MVP and AL Rookie of the Year in 2001 – was on it.

But the bigger reason why the ‘01 Mariners aren’t more celebrated is that they didn’t win it all – and they didn’t even come close.

Picked as favorites to play deep into October, the Mariners were ousted in the ALCS in five games by a team that finished 21 games behind them, the defending champion Yankees. 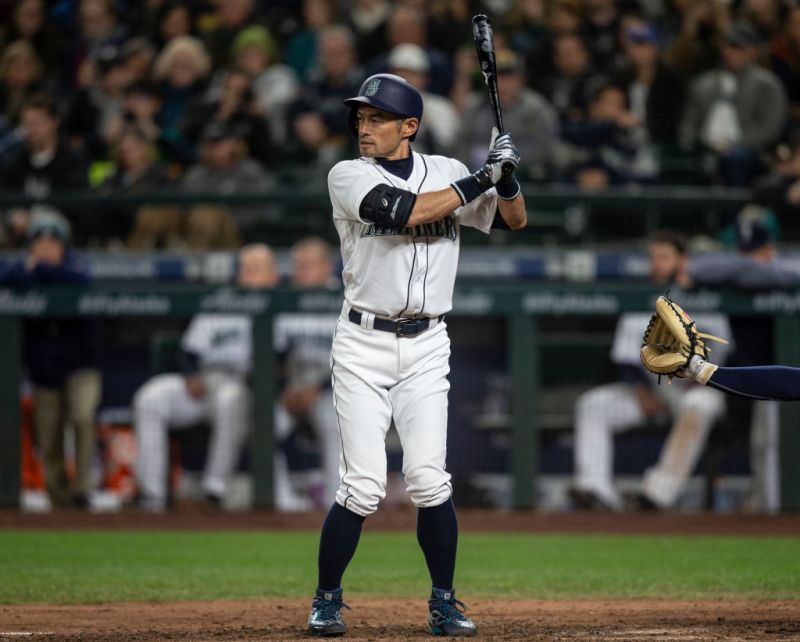 Ichiro Suzuki #51 of the Seattle Mariners waits for a pitch during an at-bat in the eighth inning of a game against the Houston Astros at Safeco Field on April 18, 2018 in Seattle, Washington. The Astros won the game 7-1. (Photo by Stephen Brashear/Getty Images)
Stephen Brashear

Boston fans won’t want to hear it, but the league-leading Red Sox may be risking a similar fate.

Considering the Red Sox franchise is more than a century old and has won eight World Series trophies overall, locking up the best record in the history of the team is a big accomplishment.

And, if the Red Sox lose in the first round of the playoffs like they have the past two seasons and may be poised to do in this one, it won’t mean a damn thing.

Despite the inflated win total, the Red Sox are, in many ways, essentially the same team that lost in the ALDS to the Astros in four games last season and got swept in the same round by the Indians two years back.

Like 2016 and ‘17, the Sox outfield is made up of a trio of youngsters — Jackie Bradley Jr., Andrew Benintendi, and Mookie Betts — who have batted a combined .236 in the postseason with just three home runs and nine RBI combined in seven playoff games. 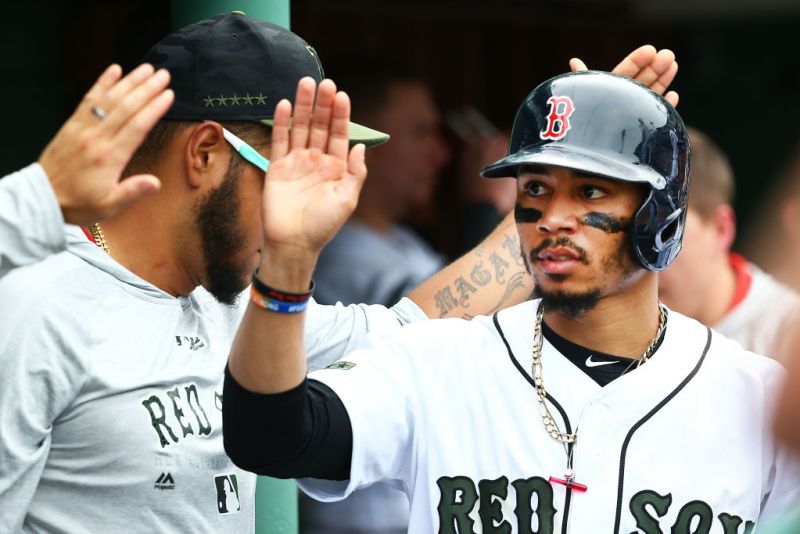 Mookie Betts #50 of the Boston Red Sox returns to the dugout after scoring in the sixth inning of a game against the Atlanta Braves at Fenway Park on May 26, 2018 in Boston, Massachusetts. (Photo by Adam Glanzman/Getty Images)
Getty Images

Surely that trio will be aided by having slugger J.D. Martinez on the roster this year, but the Killers Bs (Bradley Jr., Benintendi, and Betts) need to get it done in the playoffs in order to make their regular-season accomplishments mean something.

The same can be said for a pitching staff that still includes David Price, Rick Porcello, and Drew Pomeranz in the rotation as well as Joe Kelly, Matt Barnes, and Craig Kimbrel coming out of the bullpen.

Price, who started games in ’16 and pitched out of the pen in ’17, is particularly important as he projects to be the team’s No. 2 starter in the playoffs behind staff ace Chris Sale.

With a postseason ERA of 5.03, Price could be the difference between the team tying up a series at 1-1 or dropping into an 0-2 hole as they have the past two years. Also, the better he pitches, the better it is for Boston’s somewhat shaky bullpen.

It’s a scary reality for a team that will likely win more than 100 games to have its season rest on the shoulders of a pitcher who has gone 2-8 in the playoffs, but it’s also a realistic one. 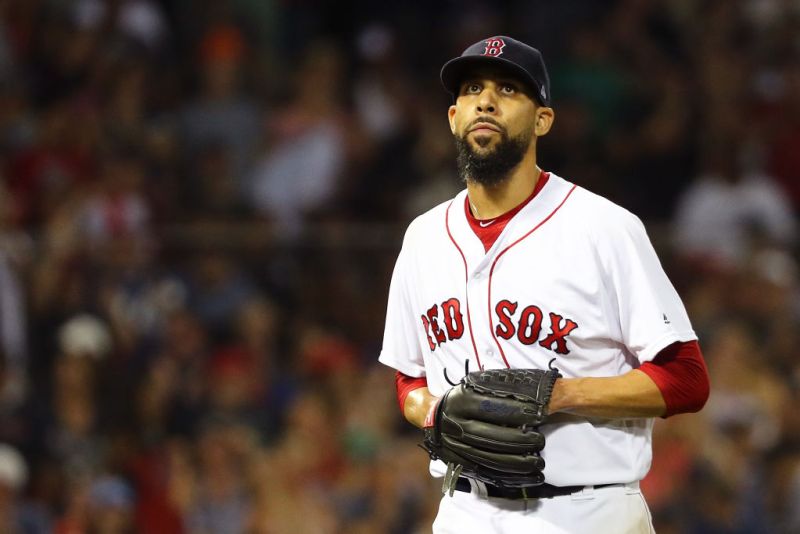 BOSTON, MA – AUGUST 05: David Price #24 of the Boston Red Sox looks on during a game against the New York Yankees at Fenway Park on August 5, 2018 in Boston, Massachusetts. (Photo by Adam Glanzman/Getty Images)
Getty Images

It’s also worth noting that if the Red Sox do actually advance out of the ALDS, they’ll likely be facing either the Astros or Yankees in the ALDS. Both of those teams are also projected to win more than 100 games. They will present much stiffer competition than the tanking or terrible (or both) teams the Red Sox have beaten up on for much of the regular season.

In fact, against the five playoff-caliber teams (Yankees, Astros, Athletics, Indians, Mariners) in the AL, the Red Sox, who are nearly 50 games over .500 on the season, are just two games better than breaking even (16-14).

Not bad, but certainly not as good as Boston’s showy regular-season record overall would suggest.

None of this is to say that the Sox will fail in the playoffs. Bradley Jr., Benintendi, and Betts might continue to kill it in the fall. Price may reverse his own personal curse and pitch well in October. And the team may really be just as good in the playoffs as they have been in the regular season.

The point is that dominance, even historical levels of it like the Mariners had in 2001, does not automatically translate to postseason success. And, when it doesn’t, teams are remembered more for what they weren’t able to do when it counted than what they were when it didn’t.