CHASKA, MN - OCTOBER 02: Vice-captain Bubba Watson of the United States cheers with fans in the first grandstand during singles matches of the 2016 Ryder Cup at Hazeltine National Golf Club on October 2, 2016 in Chaska, Minnesota. (Photo by Streeter Lecka/Getty Images)
By Sean Cunningham 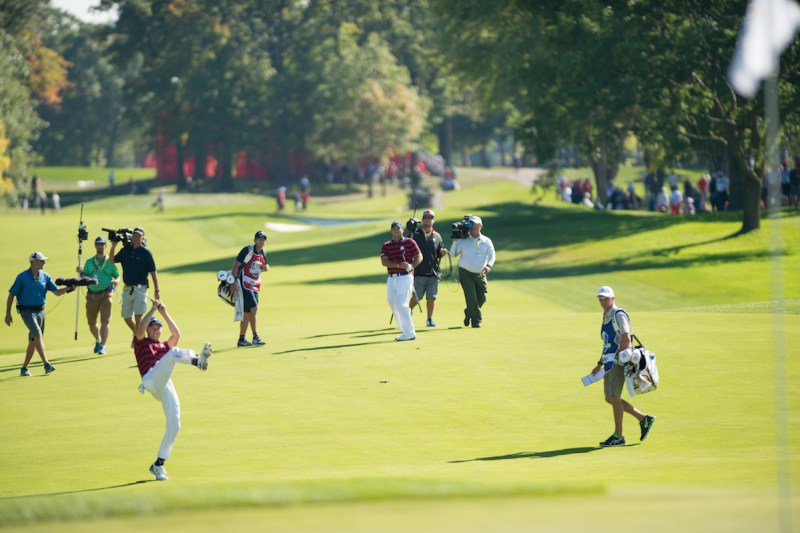 Arnold Palmer accomplished many great things on the golf course, but perhaps none was as remarkable as his utter domination at the Ryder Cup, the biennial competition, that since 1927, has pitted America’s best golfers against their European equivalents. (It was originally limited to only the British.) Palmer played in six Ryder Cups, winning 22 out of 32 matches as the U.S. took all six Cups. Palmer was particularly invincible in 1967, winning five out of five matches. 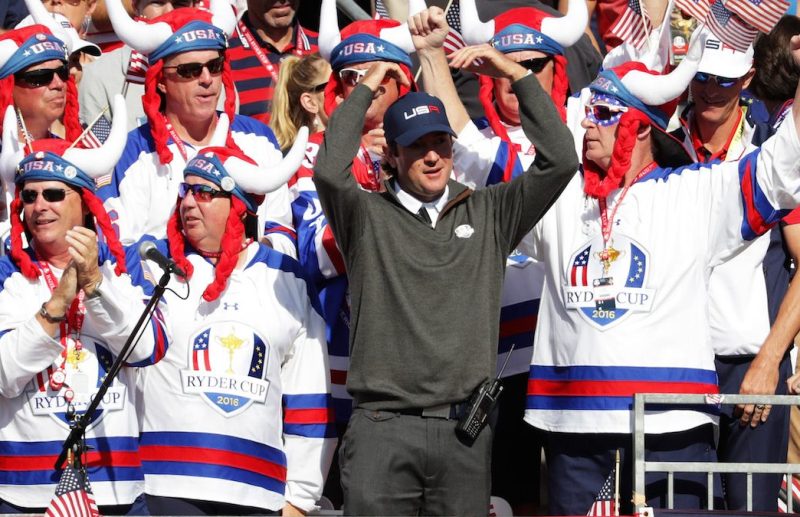 That success had been a distant memory in recent years, as Europe won six of the last seven Ryder Cups, including the last three. Perhaps inspired by Palmer’s recent passing, the U.S. ended Europe’s streak in fearsome fashion, turning in their best team performance since 1981. 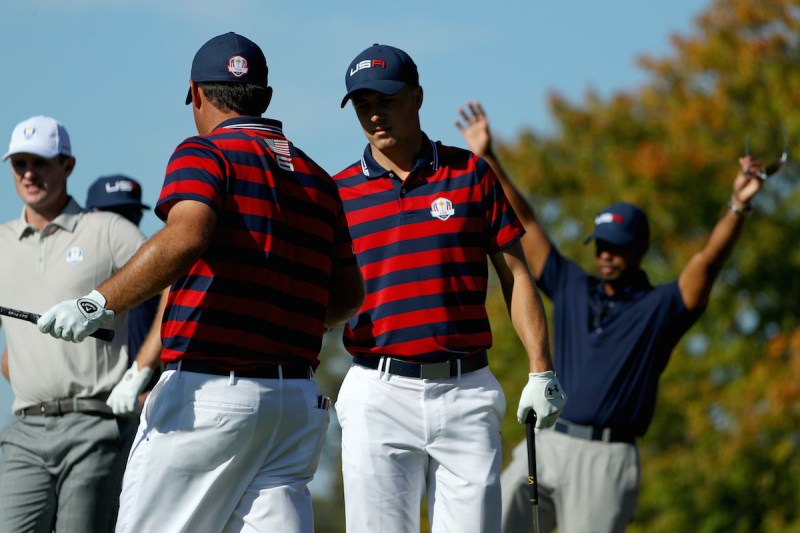 Indeed, it’s always been a knock on both Tiger Woods and Phil Mickelson that despite their individual brilliance, the U.S. had only won two out of the last 10 Ryder Cups, and Woods had only played on one of those winning teams. Though currently unable to golf due to back surgery complications, Woods made a point of volunteering to serve as a vice-captain and could often be spotted discreetly (but enthusiastically) savoring his team’s success, as in the photo above. 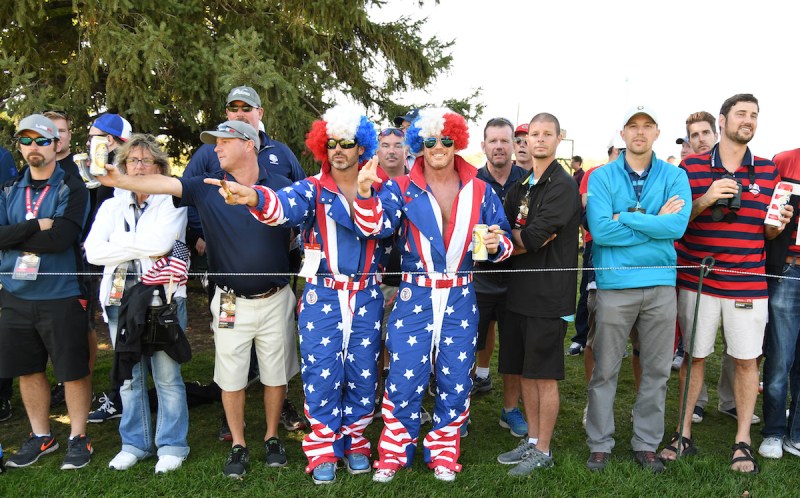 Indeed, there was a tremendous amount of celebrating in general during the three-day Ryder Cup. Having attended this year’s Cup at Minnesota’s Hazeltine National Golf Club, RealClearLife can verify that television coverage reflects the energy of a Ryder Cup crowd (estimated at over 65,000 on the final Sunday), but doesn’t always capture the amount of drinking they’re engaged in: amusingly, team allegiance was visible even here, as Americans tended toward Bud, while Europeans generally stuck with Stella. 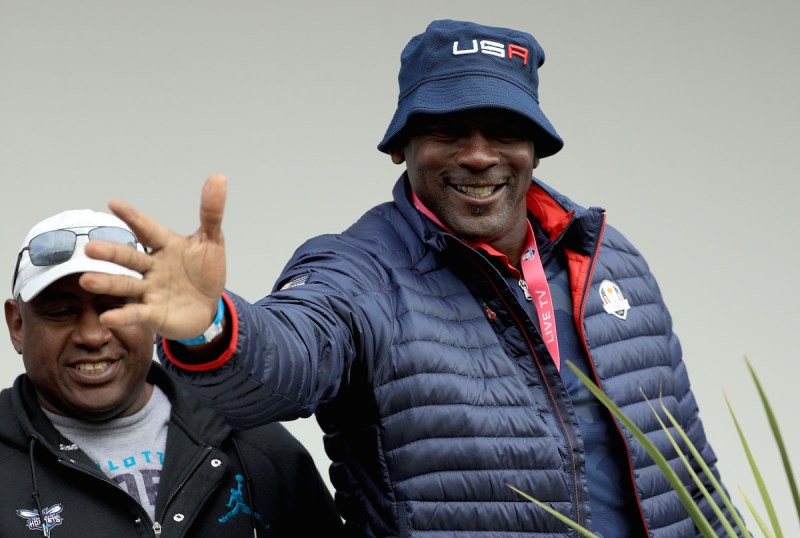 The American fans featured some links-loving celebrities, including basketball legend and golf fanatic Michael Jordan. This ensured that, even as he played on a winning U.S. Ryder Cup for the first time in his career, Jordan Spieth was not the most famous Jordan at Hazeltine. 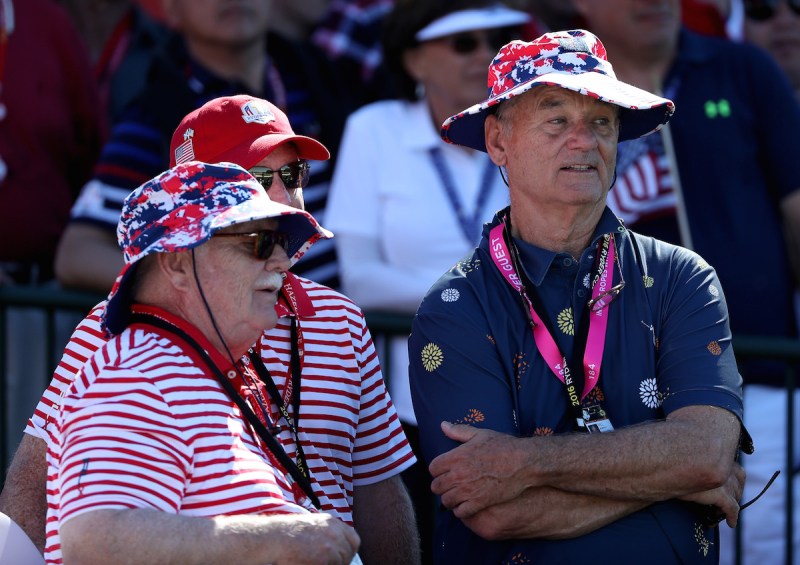 Of course, what would golf be without two of the men behind Caddyshack? Bill Murray, of course, starred in the classic comedy, while his brother, Brian Doyle-Murray, co-wrote it. 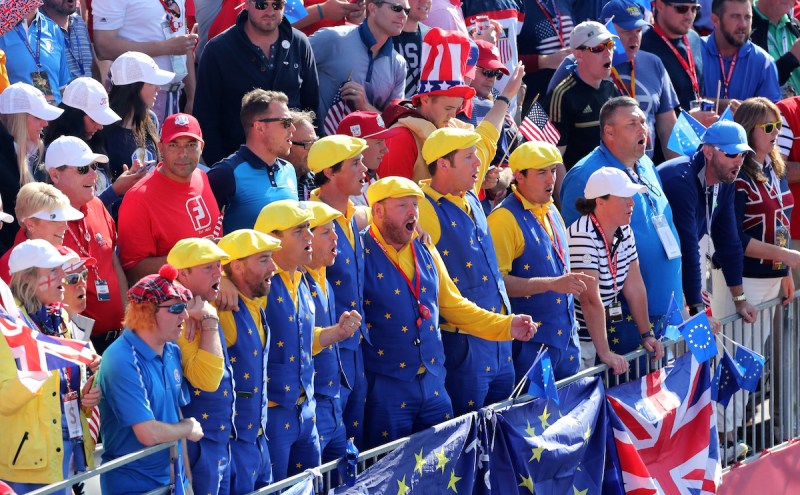 Greatly outnumbered by the Americans, the Europeans in attendance still made their presence felt through often brilliant and strikingly well-coordinated costumes. Much of the time, however, they were drowned out by the American fans, particularly during matches involving Northern Ireland’s Rory McIlroy. 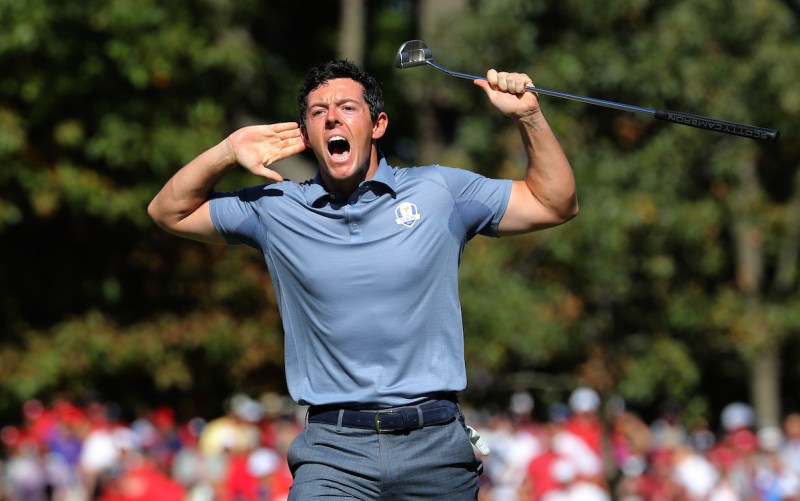 While Patrick Reed emerged as the star for the U.S., McIlroy established himself both as Europe’s best player and by far the biggest target of a number of vocal American fans. McIlroy (who went 3-2 for the weekend) spent much of the tournament playing angry yet superb golf, with antics including mockingly bowing to fans after sinking an eagle putt to win a match. Some of the abuse was shockingly out of form for the well-mannered world of golf—McIlroy had a fan ejected after the man yelled an obscene insult at him—though other antics were just plain silly. In particular, fans enjoyed serenading the former fiancé of tennis player Caroline Wozniacki with verses of “Sweet Caroline,” with McIlroy even joining in on one occasion. 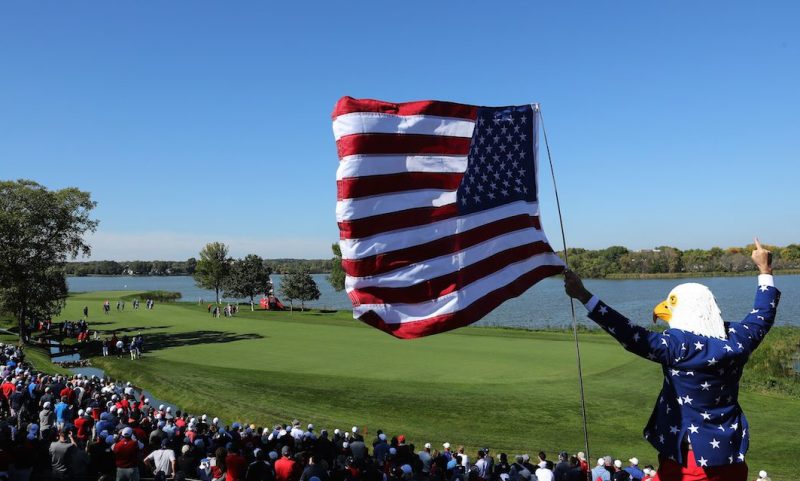 Unfortunate as the attacks on McIlroy were, the vast majority of fans, both European and American, were superbly behaved. Indeed, when a fan whistled as McIlroy began to take a swing, American fans loudly booed and pointed to the offender, recognizing a line had been crossed. And it was hard not to be swept up in the celebration of the first U.S. victory in eight years, with Rickie Fowler providing an iconic moment by being the single at the center of the team’s couples. (The Mercedes Brand Ambassador also suffered the disappointment of failing to win a Benz at the Ryder sponsor’s hole-in-one challenge, though that blow was softened by Fowler’s first Cup win.) 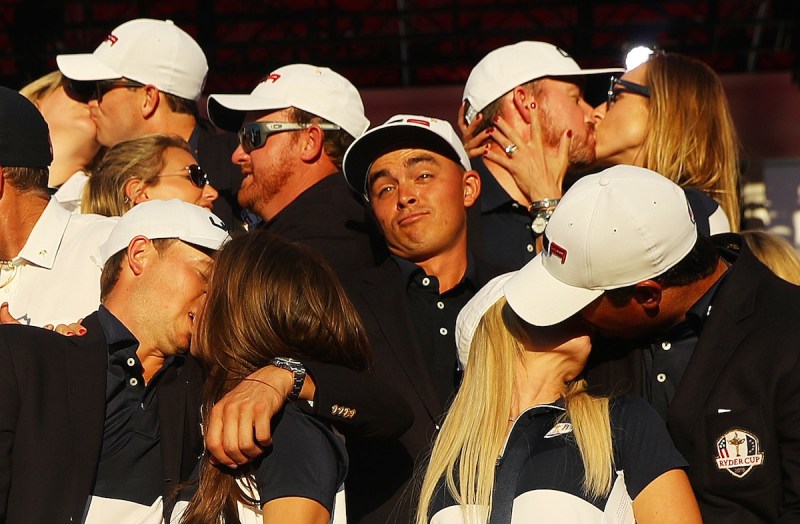 Quite simply, the 2016 Ryder Cup was a much-needed win for American golf and a fitting tribute to the late Palmer. Below, watch the most remarkable shot of the Ryder Cup: Patrick “Captain America” Reed’s extraordinary eagle.