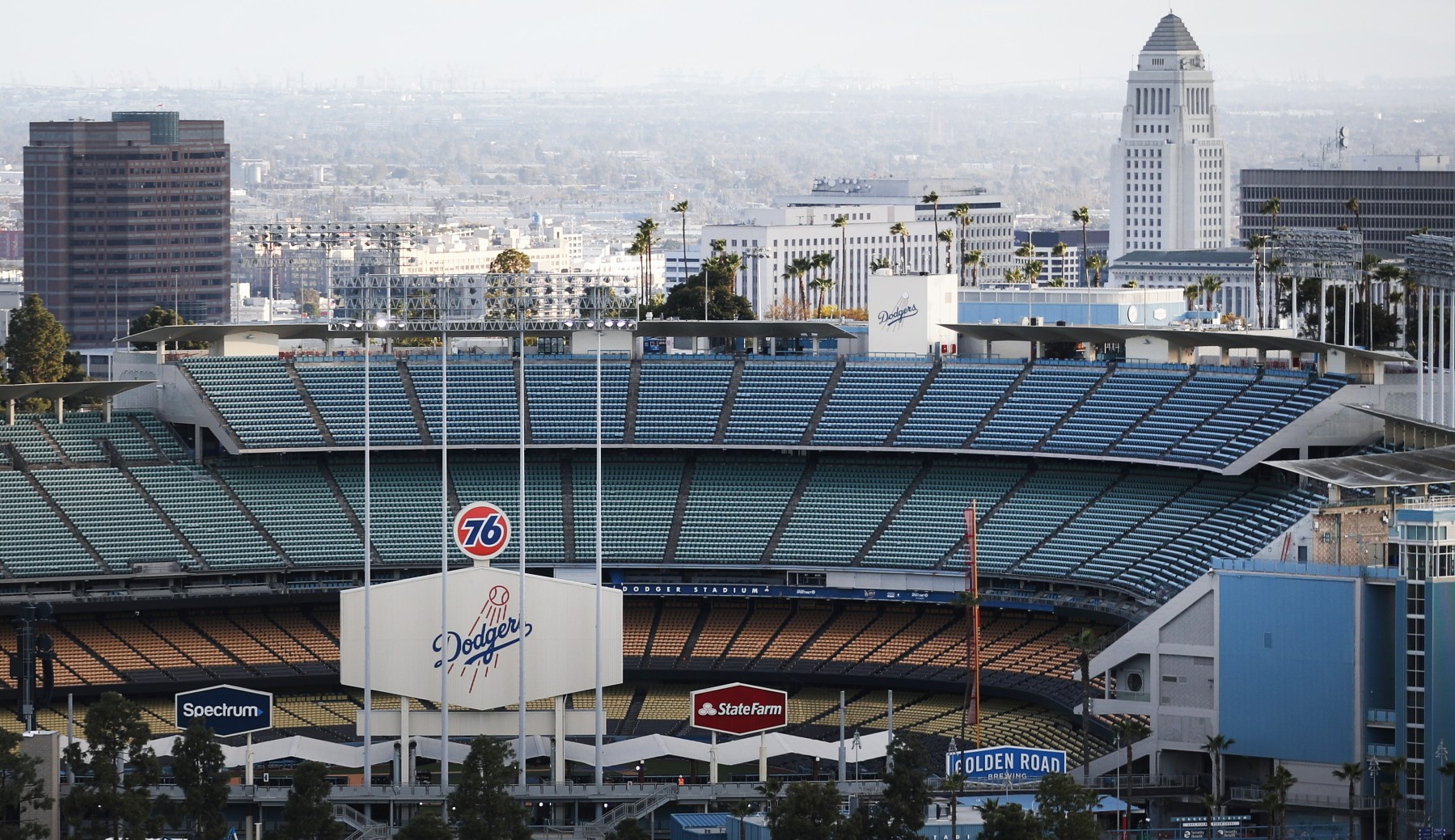 Dodger Stadium on what was supposed to be Major League Baseball's opening day. (Mario Tama/Getty)
Getty Images
By Evan Bleier / June 2, 2020 9:54 am

The longer the negotiations between MLB ownership and the Major League Baseball Players Association drag on, the harder it is to believe the two sides are going to come to an agreement that will allow the postponed 2020 season to take place.

While no one is rooting for that, it certainly seems like a possibility, especially as other leagues like the NBA, NHL and NFL have all made substantial progress about the return of their respective sports in the midst of the COVID-19 pandemic.

Since there are nine innings in a baseball game, here are nine potential outcomes that could result from the 2020 season being canned altogether.

Potential Outcome No. 1: People will realize they miss baseball

As falling attendance, poor World Series ratings and a dearth of stars with national recognition have made clear in recent seasons, baseball, despite the nickname, is no longer America’s pastime. But sometimes distance makes the heart grow stronger, and there is the chance that the lost season will lead to lapsed baseball lovers pining for the return of the sport in 2021. At this point, perhaps a Ross-and-Rachel-style break really would be a good thing for the long-term lifespan of the game.

Potential Outcome No. 2: People will realize they don’t miss baseball

Already a clear No. 3 behind pro football and basketball, a missed season may drop baseball behind pro hockey or European soccer when a nation of sports fans desperate for content tune into the race for Lord Stanley’s Cup or the final stages of the Champions League. At the time of year when baseball’s pennant races are normally finishing, disgruntled seamheads may briefly become hooligans or puckheads and then stay converted even once baseball returns.

Potential Outcome No. 3: Baseball’s best player will fall even further off the radar

According to YouGov ratings of active sports personalities referenced in The New York Times, 91 percent of Americans have heard of LeBron James and 88 percent have heard of Tom Brady, but only 43 percent have heard of baseball’s best player and reigning AL MVP, Mike Trout. Should MLB miss a full season, the Los Angeles Angels star outfielder will become even more irrelevant to the average American than he already is. That may happen even if the season is played as Trout, whose wife is pregnant with their first child, may opt to sit out instead of playing for a reduced salary, as has been suggested.

During spring training, members of the Houston Astros were getting plunked by opposing pitchers more frequently than batters on any other MLB as a response to the team’s 2017 sign-stealing scandal. The shelling was expected to continue into the regular season, to the degree that the William Hill sportsbook set odds for the number of times a Houston hitter would get drilled in 2020 (83.5). Should MLB teams have a full year to cool off and more players from that 2017 Houston team sign with new clubs or retire, it certainly seems possible the members of the 2021 Astros will skate by without paying for the club’s past sins.

Potential Outcome No. 5: There will be home runs aplenty in the 2021 season

If there is one thing above all others that gets people to care about baseball and tune into MLB games, it is home runs. Baseball knows this and, if the 2020 season goes unplayed, MLB will make sure its balls are as juiced as they ever have been by the time play resumes in 2021. It also wouldn’t be surprising if the league turned somewhat of a blind eye to PEDs, the same way it did in the late ’90s after the strike of 1994 that led to home runs increasing from 4,640 in 1997 to 5,693 in 2000.

Potential Outcome No. 6: Alex Cora won’t miss any games with the Red Sox

Prior to Cora being suspended for the 2020 seasons for his role in Houston’s aforementioned cheating scandal, the Red Sox decided to get ahead of the story and parted ways with the manager that led them to victory in the 2018 World Series during his first season in Boston. The parting was amicable and, even as Cora was heading out the door, there were rumblings it was only temporary. Eligible to return in 2021 whether there are games in 2020 or not, Cora can slide right back in as Boston’s skipper without missing a single game despite being suspended for a year.

Potential Outcome No. 7: The break will give MLB time to work on its problems

From the pace of play to the length of games to the season being too long, the issues with professional baseball are well established. But besides implementing half-measures like limiting mound visits and allowing teams to signal for intentional walks, MLB has never really done anything meaningful to speed up its game. Perhaps an extended layoff will give baseball the time it needs to iron out actual fixes like a pitch clock or a more condensed schedule and get the MLBPA, which has been ultra-resistant to change, to agree to them.

By the time they are in their early- to mid-30s, many MLB players have already banked more money than they can spend in a lifetime thanks to baseball’s guaranteed contracts. After taking a year off from the game getting fat and happy, making some good investments or finding an alternative way to make money, it’s possible some players will decide they don’t feel like going through the grind of going through a season that stretches from mid-February to early September and hang up their spikes. Players with underlying health concerns like cancer survivors Jon Lester and Anthony Rizzo or diabetic Brandon Morrow may also choose not to come back for safety reasons.

Following MLB’s proposal of new health and safety regulations that ban players, coaches and other personnel from spitting on the field, Blackmon said he was “100 percent” going to keep expectorating despite the potential to spread coronavirus. “That’s ingrained in my playing the game,” he said. “Whether or not I’m dipping or chewing gum, I’m still gonna spit. I have to occupy my mind.” Unable to play baseball in 2020, Blackmon will occupy his mind by turning to spitting on a full-time basis and turn that into a secondary athletic career.