Should the NFL Worry About the XFL?

Vince McMahon's XFL gives football fans some cause for celebration and a wilder wild-card game. 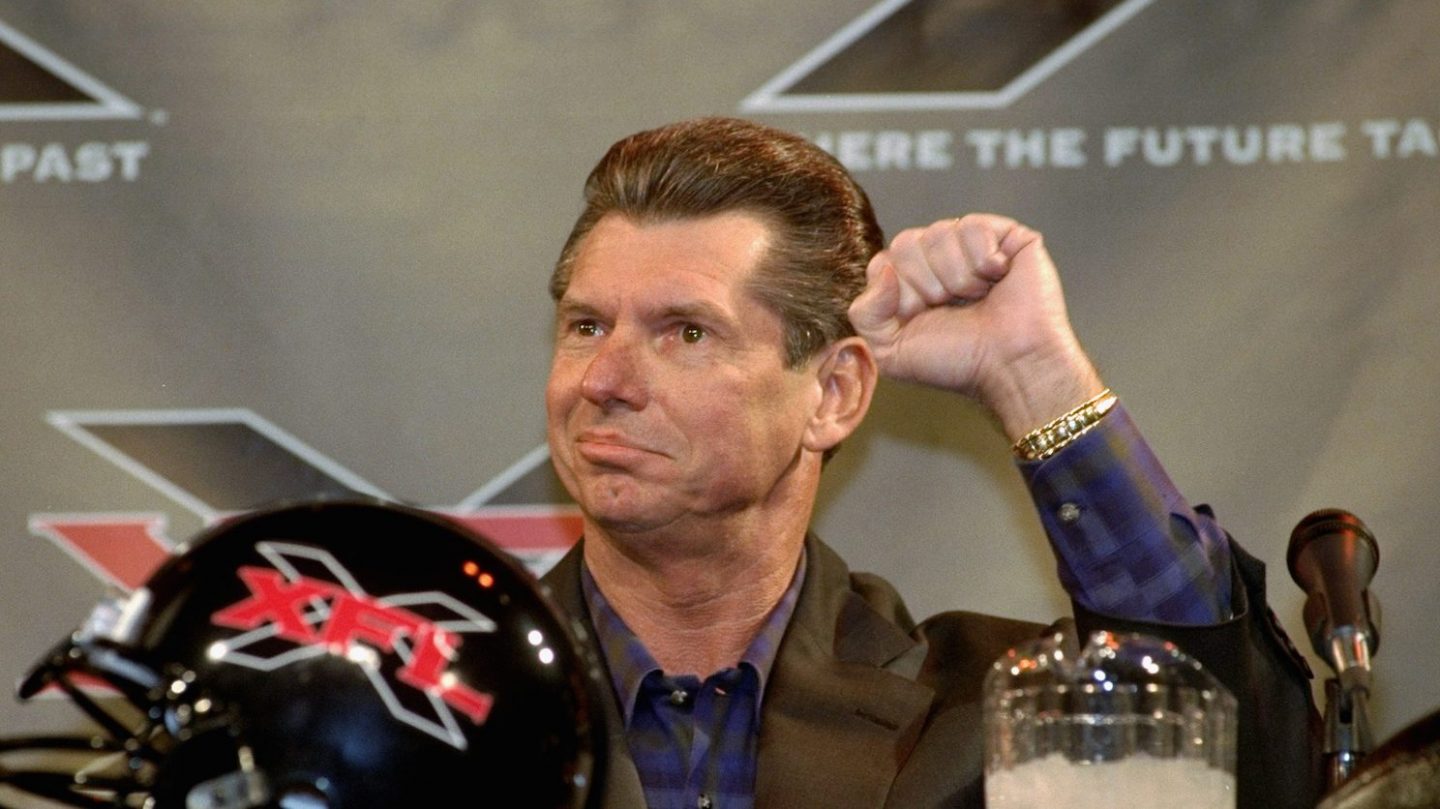 The NFL doesn’t take kindly to competition. The United States Football League (USFL) lasted only from 1983 to 1985. When the Canadian Football League (CFL) expanded into the United States—surely you remember the Sacramento Gold Miners—that experiment survived from 1993 to 1995. And the XFL started in 2001 and ended that same year. Only the American Football League (AFL) had any success—the NFL decided they couldn’t beat them so they joined them, merging in 1970.

Now the XFL wants another set of downs, as the WWE’s Vince McMahon has announced it will make its return in 2020. Will it genuinely threaten the NFL this time? Or at least last longer than one season? Here are reasons it might do better than expected, causes for concern it desperately needs to address and that special bit of crazy McMahon invariably brings to the mix.

There’s Time (Some, Anyway). The XFL Version 1.0 quickly discovered that football teams don’t come together overnight. This attempt’s schedule calls for franchises to be formed in 2019, giving them a year to get set for the actual play. The result should be a more presentable product on opening night. (In 2001, XFL TV ratings dropped just over 50 percent from Week 1 to Week 2.)

Drafting Off the NFL, Not Directly Attacking It. Among the things Donald Trump has done that no other White House occupant even attempted: Kill a sports league. The USFL had been intended as a spring season, leaving the fall to the NFL. Once Trump bought the New Jersey Generals, he convinced the other owners to go head-to-head with the Shield. An anti-trust suit was filed, with the intention of forcing the NFL to agree to a merger. The USFL “won” the suit, only instead of the requested $1.7 billion they got $1. (Ultimately tripled to $3.) The XFL learned from this mistake: By kicking off roughly when the NFL shuts down, the theory is fans will be hungry for more football and they’ll be right there to snap them up.

The Timing (for the Announcement). The NFL has managed to make a lot of enemies this year, ranging from those offended by anthem protests to those disgusted Colin Kaepernick still doesn’t have a job. Plus there are still plenty of people troubled by past events like the Cowboys signing Greg Hardy despite his arrest record. The XFL promises to keep out politics and anyone with a criminal record, in theory making this perfect for anyone just trying to enjoy what McMahon terms a “family-friendly” game.

The Timing (for the Actual Launch). There aren’t games until 2020. At that point, will we still be arguing about anthem protests or will one of the current selling points for the XFL have been forgotten? And what if the NFL ratings drop is due more to cord-cutting? Or parents forbidding their kids to play football, with the result they never particularly connect with the sport? The XFL could debut to a world that’s turning away from the NFL not because they’re frustrated with the league, but because they’re not watching football in general. It will take an exceptional product to get those people to watch. And it will be a struggle for the XFL to provide that because of…

The Money (or Lack Thereof). Vince McMahon has said over $100 million will be invested, though hasn’t clarified how far above that sum. $100 million sounds like a lot until you start the math. The proposal calls for eight teams: That knocks the figure down to $12.5 million per franchise. Throw in all the startup costs and general expenses that come with running a franchise and let’s cut that in half, to $6.25 million to cover the cost of a 40-man roster. It’s tough to get a starting quarterback in the NFL for under $20 million. Which means the XFL had better have some excellent scouting and player development, because they aren’t winning any bidding wars. And speaking of bidding wars…

The Ownership Structure. You may hate the owner of your favorite team, but you still assume he’s trying to win. (Florida Marlins excepted.) The XFL will own all eight franchises. What will this mean for how they operate? The NBA controlled the New Orleans Hornets for a time: Laker fans are still bitter about the league unexpectedly blocking a trade for Chris Paul. Will the XFL also veto moves? Or will they force moves to help prop up a franchise that’s struggling? If the league produces a star, will they try to trade them to a city where they could get more media attention or a team where they might be ensured a postseason appearance? Maybe the XFL will be completely hands off with individual teams, though that seems unlikely to anyone who’s seen how McMahon runs his other business.

The Time Limit. McMahon promises games will last only two hours. And yes, this does seem like a beautiful dream to anyone who’s watched a game that wasn’t particularly exciting or even close somehow drag on for nearly twice that. The question is: How? McMahon has promised a “simplified” game, but does that mean? Will the XFL eliminate large numbers of TV timeouts? How about all the TV timeouts? What about timeouts in general? If a player’s injured, does the game continue and everyone just plays around him? McMahon has even implied they might potentially dump halftime.

But no matter how streamlined the action gets, for the foreseeable future the NFL will have one huge advantage over the XFL and any other challengers: It’s home to the Todd Gurleys and J.J. Watts and Aaron Rodgerses and all the other football superstars. Unless McMahon wants to pony up multiples of that $100 million, that won’t change. Then again, McMahon has presumably learned from his past mistakes and don’t underestimate his ability to evolve. For instance, his willingness to consider dumping halftime is surprising because he used to quite enjoy it, as displayed during this notorious clip from the XFL’s initial run.