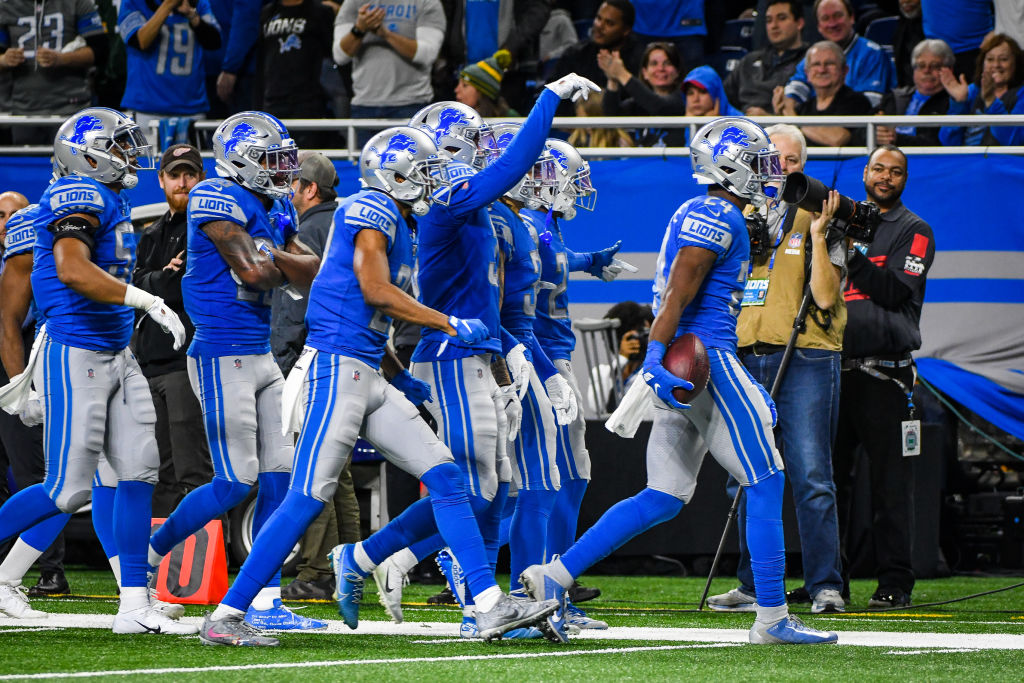 Thanks to the nationwide shutdown of sports, bets at most sportsbooks across the U.S. are temporarily off the board.

That isn’t the case for wagers on NFL game totals as, for now at least, the league is planning to kick off as scheduled in September and has President Trump’s blessing to do so.

That means at sports-wagering sites like PointsBet, FanDuel and DraftKings, it’s possible to place a bet on whether the Kansas City Chiefs will win more than 11.5 games (the highest over/under on the board at most books). Thanks to the Chiefs winning the Super Bowl and bringing back most of their roster for the upcoming season, taking the over on KC’s win total will likely be one of the most popular bets on the board.

But is it the smartest one to make? Probably not, sports betting reporter Josh Appelbaum of VSiN tells InsideHook. In general, Appelbaum suggests looking at the juice next to a line (-115, +120, even, etc.) in addition to the line itself in order to make the best bet.

“Tracking the juice really lets you know where the liability is and where some smart money is coming in,” Appelbaum says. “The books will make you pay the higher price on the side that they’ve taken more action on. A lot of this action is coming in from pro betters, as average Joes don’t usually bet win totals until closer to the season. Most win totals are even at -110 on both sides for an over/under. If you see a juiced-up side — -115 or higher —  that is the sharp side. The books are forcing you to pay a more expensive price because that is the side they have liability on.”

Instead of the over/under of the Chiefs at 11.5, Appelbaum, has his eye on a number of other win total wagers with juiced-up lines that indicate how the sharps are betting. The first of those is the Detroit Lions and their over/under of 6.5 wins.

“The Lions finished with the third worst record in the NFL last year, going just 3-12-1 overall,” Appelbaum says. “For this season, smart money has quietly been pouring in on the over of 6.5 wins. The over 6.5 is being juiced up to -125 at FanDuel, -118 at DraftKings and -121 at PointsBet. That’s market consensus across the board. Detroit has added several key players via free agency and trade (linebacker Jamie Collins, safety Duron Harmon, cornerback Desmond Trufant, tackle Hala Vaitai) and the Lions also own the third overall pick in the draft. Head coach Matt Patricia is in must-win mode entering year three of this tenure in Detroit and should have a healthy Matthew Stafford. Based on their juiced-up 6.5 win total, betting the Lions to go 7-9 or better is the smart money play right now.”

Another smart move is staying off the hype train surrounding the Browns and betting Cleveland to win fewer than 8.5 games, according to Appelbaum.

“Just like last offseason, the Browns have generated a lot of buzz by bringing in several key players via free agency,” he says. “Last year it was Odell Beckham and this year it is tight end Austin Hooper and offensive lineman Jack Conklin. Smart money isn’t buying Cleveland to go 9-7 or better this season. At FanDuel, the under 8.5 is juiced up to -136 and at PointsBet the under 8.5 is juiced up to -125. At DraftKings, the win total started at 8.5 and has actually dipped to 8, further evidence of pro money hitting the under. The half win could end up being crucial, as an 8-8 season would cash the under at FanDuel and PointsBet but lead to a push at DraftKings.”

Houston’s over/under of 7.5 wins is another one that caught Appelbaum’s eye.

“Buying low and selling high is a guiding philosophy for value-driven wiseguys, especially when it comes to offseason overreaction to win totals,” he says. “The Texans finished 10-6 last season but have gotten crushed by fans and the media alike for trading away star wide receiver DeAndre Hopkins to the Cardinals this offseason. Conventional wisdom says losing Hopkins is huge and Houston is a far worse team without him on the field. However, pros seem to be buying low on the Texans to go 8-8 or better this upcoming season. Their win total is 7.5 with the over juiced to -120 at FanDuel. It has moved from 7.5 to 8 at PointsBet. DraftKings is hanging 7.5 even at -110 on both sides. Jumping on the over 7.5 before it goes to 8 looks appealing to many sharps. After all, Houston still has Deshaun Watson. Can he go 8-8? I think it’s a pretty good bet.”

Even though they are in the same division as the Lions, Appelbaum also thinks betting the Minnesota Vikings to win more than 8.5 games is a decent gamble.

“This could be another buy low because people are down on them for getting rid of Stefon Diggs,” he says. “People overvalue that. They’re going to take a step back. But they’ve still got quarterback Kirk Cousins and he got the monkey off his back by finally winning a playoff game. DraftKings has the over 8.5 at – 121. At FanDuel, it’s even higher at -130 and PointsBet has it at -136. That’s another one where the entire market is in agreement. Can Minnesota go 9-7 or better? The Vikings going over 8.5 wins seems like a sharp play.”

In addition to liking the Bills and Colts both going over 8.5 wins, the last bet Appelbaum really digs is the Raiders going under 7.5 victories.

“They’re getting a lot of buzz because their new stadium is opening and obviously the Vegas connection, but the Raiders under is actually getting hit,” he says. “That could be one where you’re fading the buzz. People want to think they’re going to be good. They have coach Jon Gruden and they were on Hard Knocks and they’ve made some free-agent additions, but the market still knows they have to play Patrick Mahomes twice in the AFC West. The Raiders were 7-9 last year and sharps are expecting the same or worse this season.”

When making these bets or others, Appelbaum stresses the importance of shopping around for the best line.

“Different books have different prices,” he says. “Place your bet at the book that gives you the best price. For example, the Falcons over 7.5 is -118 at DraftKings and the under is -104. At FanDuel, the Falcons over 7.5 is +100 while the under is -120. If you like the over, bet it at FanDuel. If you like under, bet it at DraftKings.”