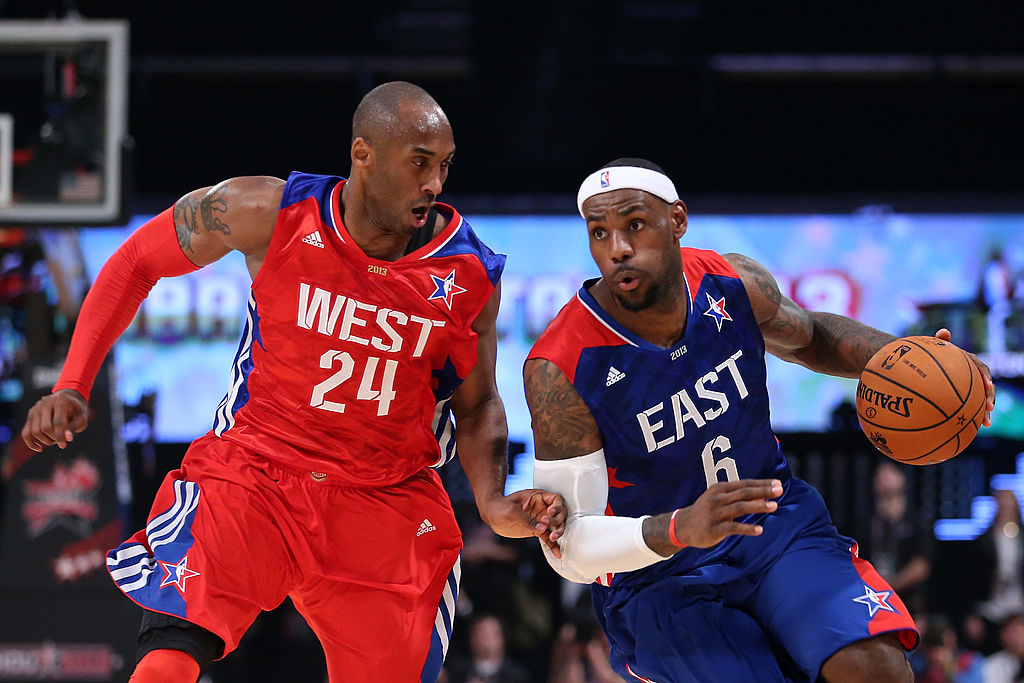 Talk to any successful professional athlete about the arc of their career, and they’ll inevitably point to singular moments that they regard as especially pivotal or influential. In the case of LeBron James, one of those moments may have come in the closing seconds of a meaningless exhibition game in Orlando in February in 2012.

Following a Deron Williams miss, James, then playing in his seventh All-Star game and second as a member of the Miami Heat, had the ball in his hands in three-point territory with under two seconds left and the Eastern Conference trailing 151-149.

Even though James, 27 at the time, was 6-of-8 from beyond the arc during the game, he turned down taking a shot and instead made a cross-court pass that was intercepted by Blake Griffin with 1.9 seconds remaining. The Western Conference went on to win 152-149.

Kobe Bryant, who was defending James during that final possession, let the younger player know how he felt about his decision to pass the rock.

“Shoot the fucking ball,” Bryant yelled at James. (See below, around the 0:20 mark.)

James, who at the time had yet to win a title, later acknowledged Bryant words of advice/derision. “Yeah, he was telling me to shoot it,” James said after the loss. “I wish I could have that one back.”

The decision to pass led to criticism of James and his tendency to defer in clutch moments, a trait which was unquestionably a big reason why the Heat had fallen to the less-talented Mavericks in six games in the NBA Finals the previous June.

“Kobe was within inches, screaming into James’ face, ‘Shoot the [expletive] ball,'” Adrian Wojnarowski wrote of the incident at the time. “And, still, LeBron’s instincts weren’t to take ball and deliver it down Bryant’s throat. Score on Kobe, win the game and tell him to go to hell. Bryant would respect that. So would Michael Jordan. Magic Johnson. Larry Bird. LeBron James is different. He’s probably better than all of them, but nothing in his DNA demanded that he go after Bryant there, that he destroy him in that moment.”

But in the aftermath of that fateful All-Star Game, James’s DNA may have changed — and helped him become a champion in doing so.

When the Miami Heat returned to the NBA playoffs two months later, James was a man on a mission on the offensive end of the floor. After averaging 23.7 points in 21 playoff games before being bounced by the Mavericks in 2011, James upped his postseason scoring by nearly 28 percent, averaging 30.3 points in 23 games in 2012. Bryant had told James to shoot it and shoot it he did, taking 21.8 shots per game, up a full four shots from the 17.8 attempts he averaged the previous year.

At no point during that playoff run was James’s new willingness to take over games on offense more evident than in Game 6 of the Eastern Conference finals against the Celtics in Boston.

Trailing 3-2 in the series, James shot 19-of-26 from the field and dropped 45 points on the Celtics in a 98-79 win that effectively ended the Pierce-Garnett-Allen era in Boston. After that performance, it was a formality the Heat would win Game 7 in Miami to punch their ticket to Finals, and they did, 101-88.

Perhaps remembering his loss to the Mavericks the previous year (a series in which he averaged 17.8 points on just 15 field-goal attempts per game), James was aggressive against Oklahoma City in the NBA Finals, averaging 28.6 points on 21.6 shot attempts en route to a 4-1 series victory and his first NBA title. James, who topped 17 points in just three of his six Finals games against the Mavericks, never scored fewer than 26 points during his five games against the Thunder.

In fact, since that All-Star game with Bryant, James has never averaged fewer than 26 points per game during a playoff run, including two more championship runs (in 2013 with the Heat and 2016 with the Cavaliers).

“I just watched and saw what he was able to do and why he was great and why he’s successful in this league,” James said of Bryant after his death last month. “The reasons why he was one of the best players in the world year after year after year. It would be impossible for me to say the one piece of advice because there’s so many directly or indirectly.”

Impossible or not, we’ve got a guess: shoot the fucking ball.