Is Jousting Going to Be an Olympic Sport?

Re-enactors dressed as knights stage a medieval jousting competition at Eltham Palace on June 16, 2013, in Eltham, England. (Oli Scarff/Getty Images)
By Will Levith 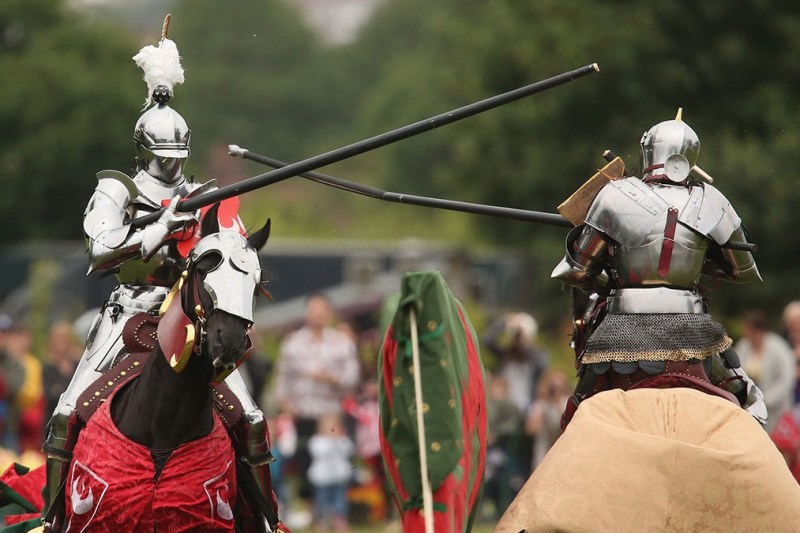 Yes, you read that headline right: Jousting will be a future Olympic sport if one British organization has its way. Of course, the International Olympic Association (IOC) would have to sign off on the petition that English Heritage—which protects historic buildings, monuments, and sites across the United Kingdom—launched back in July.

Their reasoning? After the IOC dropped its cap on 28 sports per Olympic meet, sports like golf have made a comeback. But jousting? Unlike golf, it’s actually never been an Olympic sport. But this is not the first time a petition has been drawn up for medieval horseback warfare. There’s actually an International Jousting Association, and it’s tried (and failed) to get it into the games. (That’s why you don’t see athletes throwing down over chessboards just yet—but that could all change after the brains behind chess applied for its inclusion in the 2020 Tokyo Olympics.)

Whether you’re an actual fan of jousting or just an admirer of it via Game of Thrones, your Olympic jousting dreams could come true if English Heritage’s petition gets enough traction. Sign it here. Let’s see what happens. Watch a short video from English Heritage driving home its point below.