Is Drew Brees in Decline? 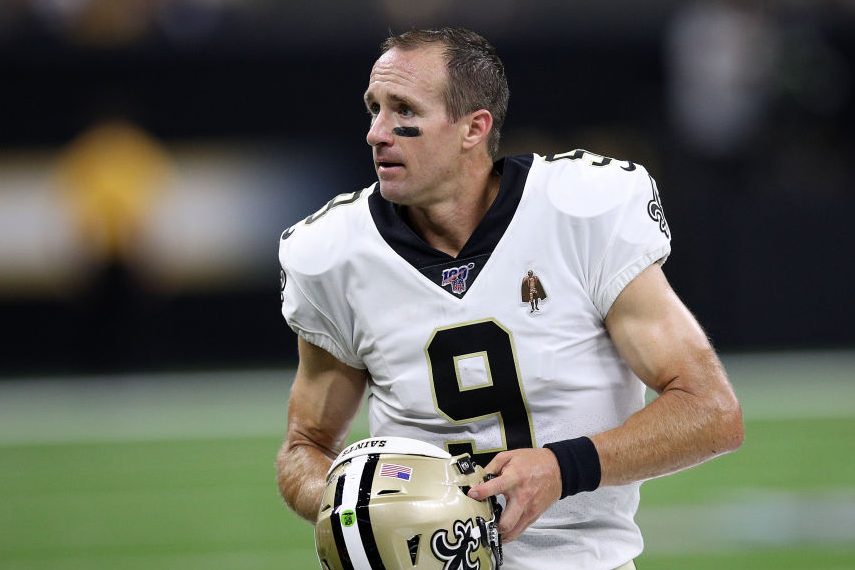 In a piece entitled “Saints Concerned About ‘Noticeable Decline’ in Drew Brees,” Bleacher Report asserts the New Orleans Saints are preparing for life without the Purdue product.

Of course, that piece was published in 2015, and four years later, and the future Hall of Famer is still quarterbacking the Saints.

Last year, during his 18th season in the NFL, Brees hit the best pass- completion percentage mark of his career at a blistering 74.4 percent and also had his highest regular-season quarterback rating, at 115.7. His 32 touchdowns were well short of the career-best 46 he tossed in 2011, but he also threw the fewest interceptions of his career (five) outside of his rookie year, when he hardly played.

When looking at the 40-year-old’s 2018 regular season as a whole, signs of decline are negligible, if even present at all. But if you break it down into portions, as ESPN’s Bill Barnwell did in a recent piece, some cracks in Brees’s season begin to appear.

Though New Orleans won all but one of those games, Brees was far from good, managing just three touchdowns over his final four regular-season appearances. During that stretch, the Saints offense averaged under 215 passing yards per game and Brees tossed a trio of picks.

“Overnight, he went from playing like an MVP to putting up numbers in the range of quarterbacks such as Derek Carr and Case Keenum,” Barnwell writes.

So is the end of the season enough to say Brees is in decline? Maybe.

In an analysis of where Brees’s play fits in to the broader context of how aging quarterbacks have fared in the NFL, FiveThirtyEight concluded that the end for Brees “could come gently” but it’s more likely “it will come without warning.”

During training camp, Brees himself was asked an age-related “dropoff” is something he studies and worries about.

So far, he’s right. But if his play from the end of last season continues at the beginning of this one, the Saints may finally need to start looking for that replacement Bleacher Report proposed four years ago.