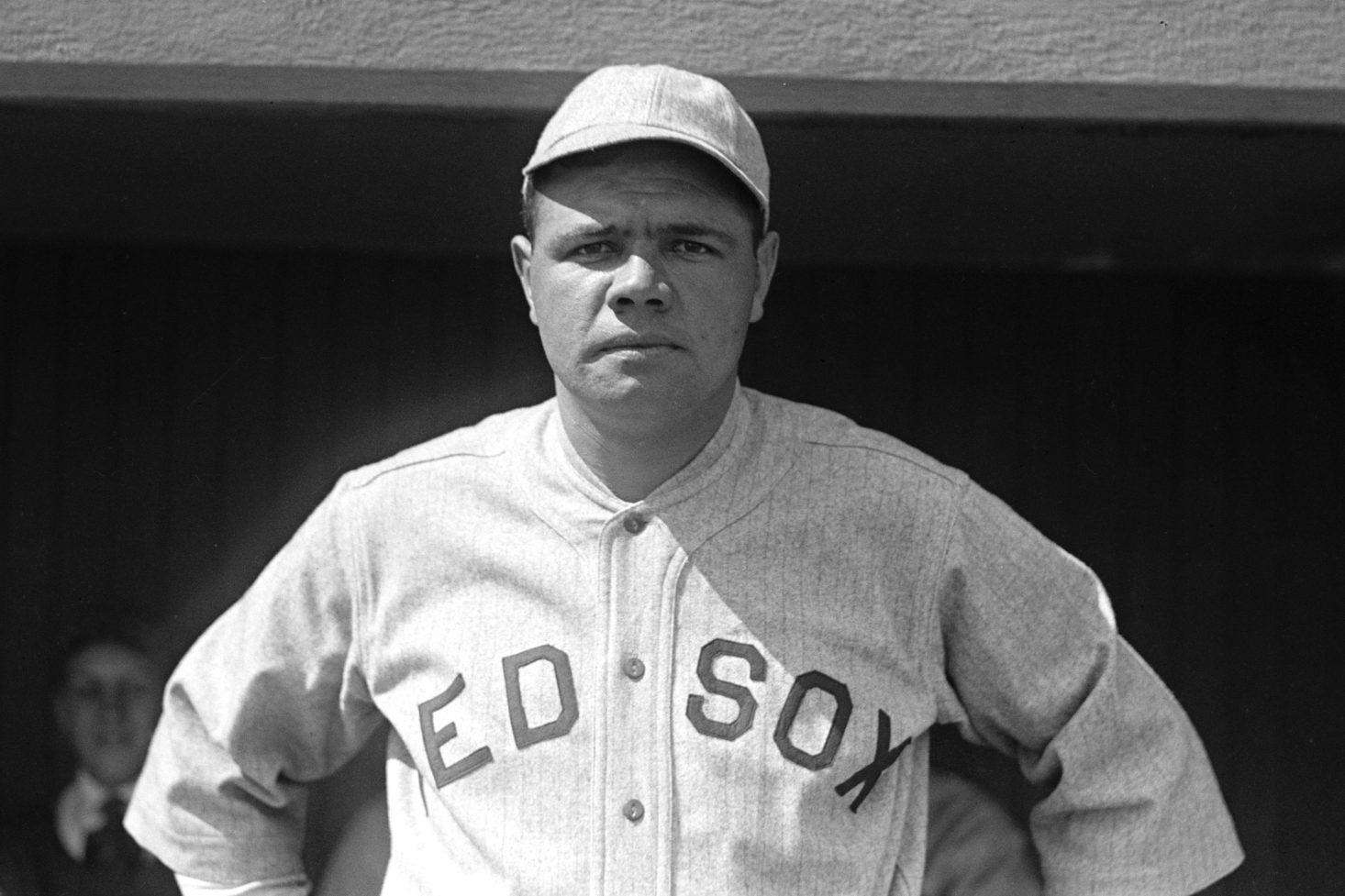 During a sunny Sunday in mid-May of 1918, Babe Ruth went on a day trip with his wife to Revere Beach north of Boston for some relaxation in the sand by the water. After spending the day slugging beer, munching sandwiches and not waiting 20 minutes to go swimming afterward, Ruth, a member of the Red Sox at the time, headed home.

That evening, his body began to ache and he developed a powerful fever that boosted his temperature up to 104 degrees. Like millions of his fellow Americans did in the spring of 1918, Ruth had come down with a case of the Spanish flu.

But as Purdue history professor Randy Roberts writes in his recently released book War Fever: Boston, Baseball and America in the Shadow of the Great War, it wasn’t Ruth’s influenza symptoms that posed the biggest threat to his life. As Roberts explains in his book, Red Sox physician Dr. Oliver Barney’s remedy to treat Ruth’s symptoms was far more dangerous than their cause.

To treat Ruth for the flu, Barney painted the star ballplayer’s throat with a solution containing silver nitrate, causing a reaction that left the hefty lefty writhing in pain before eventually landing him in Massachusetts General Hospital on what some thought might be his deathbed.

“Silver nitrate could be effective, but you had to be really careful with it, because if you did it too liberally and it dripped down into a patient’s throat, it could kill them,” Roberts tells InsideHook. “That’s what happened to Ruth. It wasn’t the flu that almost got him, it was that treatment with silver nitrate.”

Ruth eventually recovered and went on to help the Red Sox win the 1918 World Series (the last time they’d win baseball’s ultimate prize before capturing it again in 2004), but then came down with the flu again after a second wave of the virus hit.

Given what’s happening in the world in 2020, there are plenty of lessons to be learned from what happened to Ruth in 1918.

“You can’t declare victory too soon,” Roberts says. “It’s not a goddamn basketball game. It’s not a baseball game. It’s the virus and it plays its own game. It goes on its own timetable. We were slow to start to tell people to stay away from other people, but quick to claim victory. The first wave was early in the year in January and February of ’18 into the spring. And then the second wave came in late August and September and went through October and November. Victory was declared and then we had a third wave in early 1919, which was also pretty devastating.”

Another lesson? If you’re going to err, do so on the side of caution.

“If you’re cautious and nobody dies and it’s not as bad as you think, well, okay, what have you lost?” Roberts says. “You’ve lost maybe a couple of weeks of playing or what have you. If you’re not cautious and people spread it and people die, that’s a lot worse. So be cautious. Don’t try to manage the truth. Don’t try to politicize it. Don’t sugarcoat the truth. Tell the truth. When there’s a pandemic, you can’t manage the truth. You can’t bend the truth, you can’t twist the truth, and you can’t wish it wasn’t true. You’ve got to know what you’re dealing with.”

“It spread so quickly. People were suddenly wearing masks and there were all kinds of different theories about how to get rid of it,” Roberts says. “There were all these wives’ tales or whatever you want to call them. Some people said, ‘Get your tonsils removed and you won’t get it.’ Other people said, ‘Chew tobacco.’ Some people said, ‘You have to get your teeth removed.’ I’m imagining people with no teeth and no tonsils chewing tobacco. I don’t know how that would go. But the rumors, the fear, was pretty much the same. That’s what you get in a pandemic. There was just a lack of information.”

And similar to today, even the good information people were getting wasn’t always much help.

“There was bewilderment, which was similar. It was like, ‘What is this? Is this the end of the world?’ I think it was just a time of fear. A time when people didn’t really know,” Roberts says. “We know more today because we have the 24-hour news cycle, but yet, you look at CNN, you look at Fox, you’re looking at what seems like a different world. It’s like in 1918 when you looked at a newspaper and you saw one side say ‘yes’ and the other side says ‘no.’ It is a little bit like deja vu all over again, as Yogi Berra would say.”