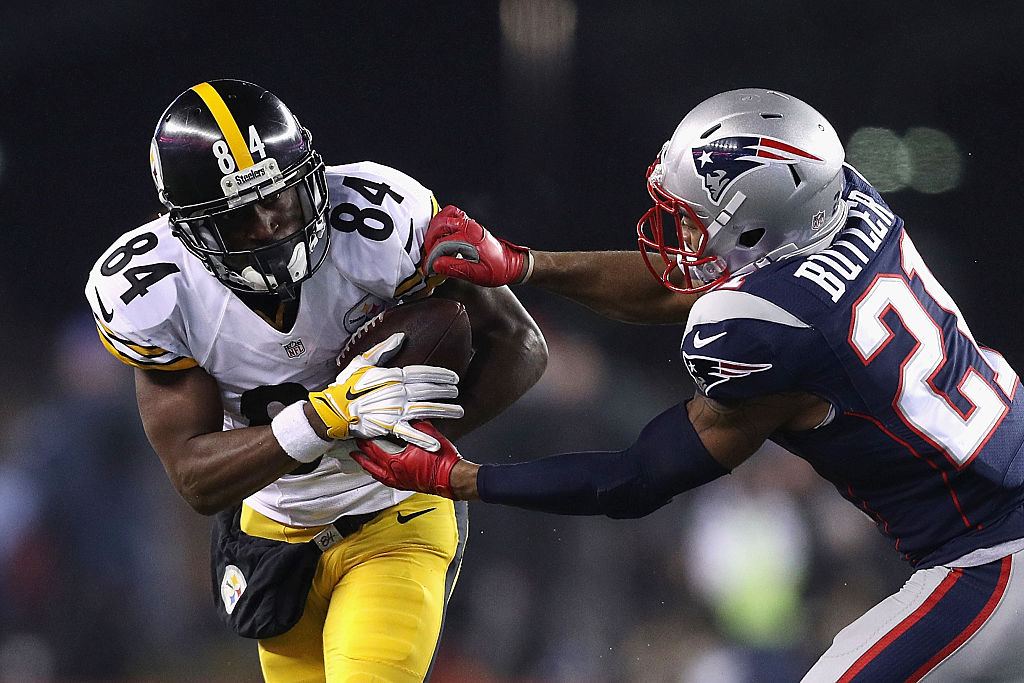 During Super Bowl LII against the Philadelphia Eagles, Patriots head coach Bill Belichick made the curious decision to keep cornerback Malcolm Butler on the bench except for a single snap on special teams.

In Butler’s place, Belichick started cornerback Eric Rowe, who was roasted for six catches for 79 yards and a touchdown on a team-high nine targets during New England’s loss to 41-33 loss to Philadelphia.

Belichick keeping Butler — who had played nearly 100 percent of the snaps during the regular season and previous two playoff games — on the bench was blamed by many for New England’s loss and had everyone from national pundits to Patriots players questioning whether The Hoodie was still at the top of his game.

The coach did little to help himself after the fact by refusing to discuss the decision or reveal what had led him to make it. “I respect Malcolm’s competitiveness, and I am sure that he felt like he could have helped,” Belichick said on a conference call after the game, per Ryan Hannable of WEEI.com. “I am sure other players felt the same way, but in the end, we have to make the decisions that we feel are best for the football team, and that is what we did, that is what I did. That’s really all I can say about it.”

While Belichick may have been done talking about it, the rest of the country was not and questions about the decision persisted throughout the offseason even after Butler left New England and signed with the Tennessee Titans.

Whether he wanted to admit it or not, Belichick’s image had taken a big hit, not just on the national stage but also, more importantly, with the players in his locker room.

But he realized it and did something about it — and Antonio Brown being the newest member of the New England Patriots is the latest example of it.

Instead of “No days off,” Belichick returned the following season with the philosophy, stated or not, of “No, days off.”

During training camp last year, players were kept on the practice field less than ever before in Belichick’s tenure with many veterans regularly being given rest days. Belichick relaxed the practice schedule so much that one Monday when players showed up for a voluntary organized team activity, they were taken to Fenway Park for a few hours of bonding and team building instead of hitting the practice field.

The lightened practice schedule has only continued this season.

Michael Bennett, who was added to the roster during the offseason, was excused from showing up at the start of training camp for personal reasons, something which would have been unheard of during Belichick’s tenure in the past

Speaking with reporters when he finally showed up, Bennett went out of his way to praise Belichick for his relaxed approach in the matter.

“I was lucky,” Bennett said. “Coach Belichick – it’s nice when you have a coach that sees you as a human, sees you as a human being, not just a number, and you’re able to go talk to him, tell him what’s going on, and you’re able to go take care of it. That just makes you want to play harder for a coach. When he believes in you, and lets you take care of your family first. I think everybody’s always concerned about how their boss is going to take into consideration if something happens back home, but when you have a boss who respects you as a man, it’s easy to go out there and play for him like that. I think for me, that’s easy to look him in the eye and whatever he asks me to do, I’ll do it simply because I know he respects me as a human being and I respect that.”

Belichick respecting his players and treating them like men doesn’t exactly sound like him – but that’s exactly the point.

Since benching Butler, Belichick has realized he needed to change his ways if he wants to keep winning at the level he has become accustomed to. To get his players to play harder, he’s softened up and agreeing to pay Antonio Brown $10 million in guaranteed money is the ultimate example of that.

By signing Brown to that guaranteed cash, Belichick has made it clear to the players in his locker room that he is willing to go all-in with a player who clearly does not fit the traditional mold of the Patriot Way. To get the most out of Brown, Belichick is going to have to coddle him, prop up his fragile ego and let him miss the occasional practice or team meeting.

Prior to benching Butler, there’s little evidence to indicate Belichick would have been willing to do those things. But it’s a whole different ballgame now under Chill Bill.

Clearly, it’s a gamble. But if Brown can help Belichick deliver his seventh Super Bowl to the Patriots and completely erase the memory of the Butler benching, it’s worth it. Even if Brown and the team fall short, Belichick still gets credit for being willing to roll the dice on a player he likely would have avoided in the past.

It’s a win-win situation for Belichick — and that’s the real Patriot Way.

Martin Luther King, Jr., Remembered by His Aide and Ally