Get to Know Simone Biles, the Next Olympic Gymnastics Superstar

Simone Biles competes on the Beam during day 10 of The World Artistic Gymnastics Championships on November 1, 2015 in Glasgow, Scotland. (Ian MacNicol/Getty images)
By Will Levith 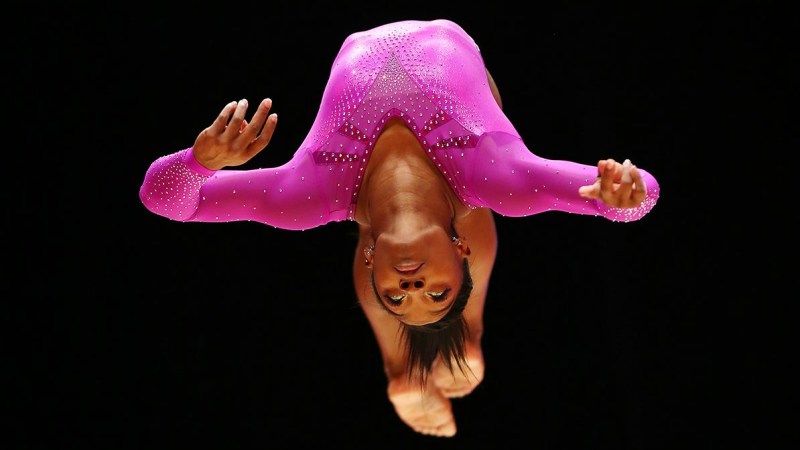 Simone Biles competes on the Beam during day 10 of The World Artistic Gymnastics Championships on November 1, 2015 in Glasgow, Scotland. (Ian MacNicol/Getty images)

The U.S. Olympic Women’s Gymnastics team is competing for its second straight all-around team gold in Rio, led by familiar faces Aly Raisman and Gabby Douglas—along with some new potential breakout stars. The gymnast everyone will be talking about? Simone Biles.

The 4′ 9″ Ohioan is no stranger to the international gymnastics circuit: Biles was the first African-American to be the world all-around champion, and the first woman to win three straight world all-around titles. And she’s just 19. Said The Washington Post‘s Liz Clarke of the gymnast:

“Biles competes with a joy and abandon that has been lacking in women’s gymnastics in recent years. All too often, grim-faced pony-tailed youngsters clench their jaws, furrow their brows and inhale an ocean’s worth of air before hurtling into rigorous tumbling passes. Their feats may be acrobatically eye-popping, but the strain of pulling them off is palpable. Biles, by contrast, exudes utter delight, competing as if the four-inch-wide balance beam is the sidewalk in front of her house, the vault and uneven bars mere elements of her backyard swing-set and the mat a magic carpet for high-flying fun.”