Have Detroit's Two Matts Carried the Lions as Far as They Can?

For coach Matt Patricia and quarterback Matt Stafford, the 2020 season is do or die 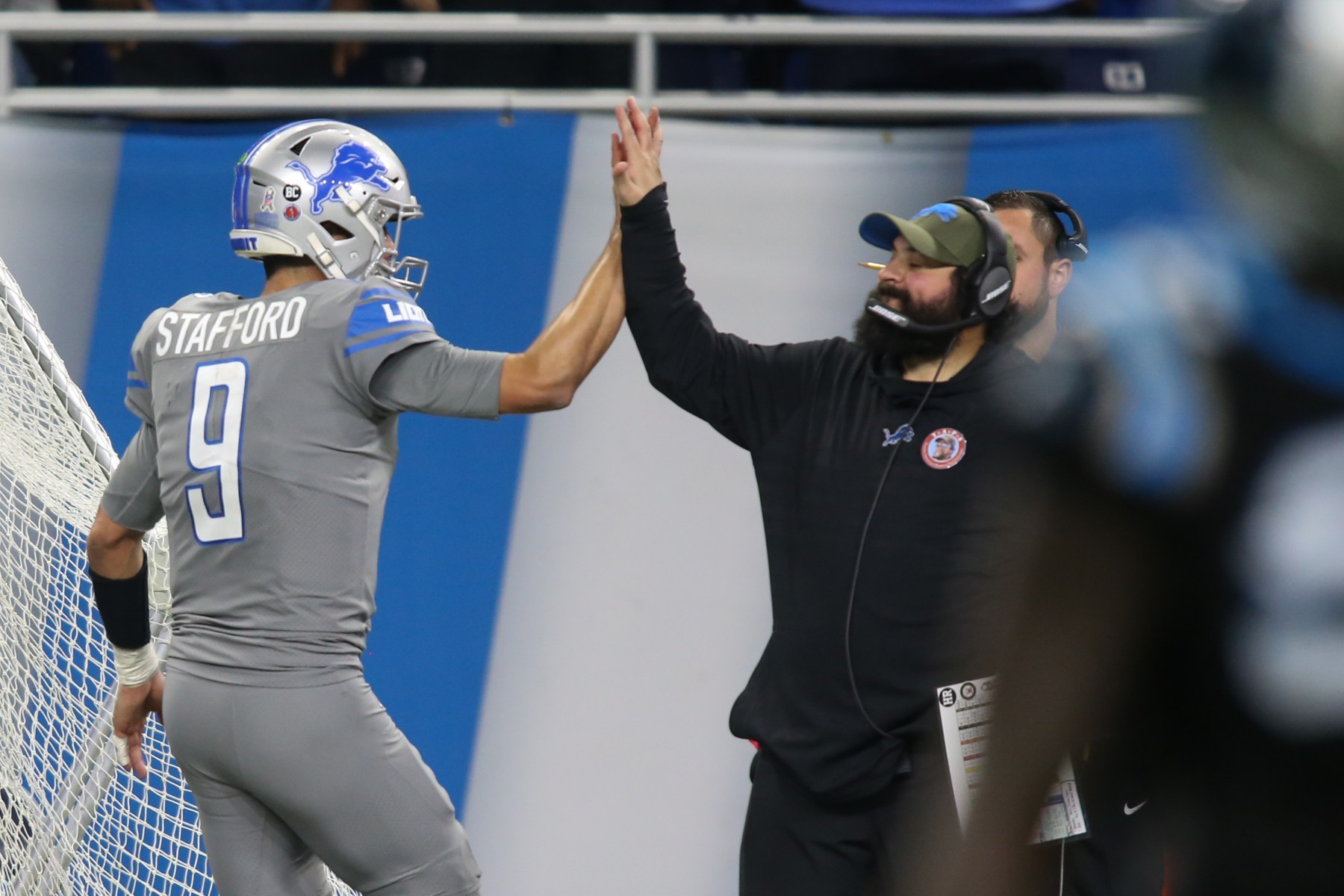 Over the next six weeks or so, we’ll be preparing for the kickoff of the 2020 NFL season on September 10 by attempting to answer the most important question facing all 32 of the league’s franchises in order of finish from worst to first. Today’s team, the Lions.

On the NFL’s all-time career earnings list, quarterbacks Drew Brees, Tom Brady, Ben Roethlisberger, Matt Ryan, Aaron Rodgers and Philip Rivers, all of whom have played pro football for at least a dozen seasons and have won more than 110 regular-season games and at least four playoff games, come in 1-6.

Stafford, who has won fewer games as a starting quarterback than active QBs Joe Flacco, Alex Smith and Andy Dalton, is entering his 12th season for the Lions in dire need of creating some justification for the small fortune the team has paid him. The No. 1 overall pick in the 2009 draft, Stafford is supposedly fully healed after playing through broken bones in his back in 2018 and then missing the final eight games of last year with another back injury.

Though the team only went 3-4-1 in the eight games Stafford started last season, he actually played fairly well, ranking second in touchdown passes (19), fourth in yards per attempt (8.6), fourth in passer rating (106.0) and first in passing yards (2,499).

Unfortunately for Stafford — who has never been named to the Pro Bowl, received an MVP vote or led the Lions to a division title — statistics, even really good ones, may not be enough to save his job if Detroit struggles again in 2020.

The Lions franchise, which has not won a playoff game since 1991, needs wins. If Stafford can only deliver stats, it seems likely Detroit will move on from him after this season to pinch pennies: it will only cost the team $16 million to cut him, whereas his cap number would be $33 million if they keep him.

Following Stafford, Detriot’s all-time leader in almost every significant passing category, out the door if the team struggles will also almost certainly be head coach Matt Patricia. Entering his third year as Detroit’s coach after working for years as New England’s defensive coordinator under Bill Belichick, Patricia got off to a rocky start with the Lions when a sexual assault claim from his college days surfaced shortly after he took the job. Though they didn’t have to, the Lions stuck by Patricia, and he has rewarded them with a 9-22-1 record over the last two seasons.

As is the case with Stafford, Patricia will need to deliver wins in 2020 if he wants to remain in Detroit past this season. For the pair to keep their jobs, the Lions’ brass will be expecting a playoff berth — if not at least one postseason win. Unfortunately for both Stafford and Patricia, they’ve got their work cut out for them.

In addition to dealing with all the coronavirus-related issues that will make the upcoming season more of a challenge than a normal NFL year, the 32-year-old quarterback and 45-year-old coach will also have to navigate what appears to be one of the toughest schedules in the league. Their 2020 opponents, who include the Saints, Titans, Texans and Tom Brady-led Buccaneers, had a combined record of 134-121-1 (.525 win percentage) last season. Mathematically, the Lions are tied for the fifth-hardest schedule in the NFL.

The Lions also still play in one of the toughest divisions in football, with all three of their divisional opponents (Packers, Bears, Vikings) making the playoffs in at least one of the past two seasons.

There is some optimism that Stafford, Patricia and longtime general manager Bob Quinn can reverse recent history and compete for the NFC North crown. They’ve retained every receiver who caught a pass from Stafford last year when he was healthy and playing like one of the NFL’s best quarterbacks. And Detroit’s defense, which was one of the league’s worst last season, has been bolstered by the addition of a number of former Patriots (Duron Harmon, Danny Shelton and Jamie Collins) in free agency, along with the drafting of stud cornerback Jeffrey Okudah and edge rusher Julian Okwara. Those additions on defense combined with the holdovers on offense would appear to give Patricia and Stafford a real chance to right the ship.

There’s no telling what they’ll do with that chance — but it will likely be the last one they get in Detroit.

The Cards' Corona-Hiatus, Pitchers Gone Wild and MLB's Next Superstar