Alliance of American Football Should Put Colin Kaepernick In the Game

The ex-49ers QB could prove he's still got the goods - and the AAF could really use him.

Colin Kaepernick #7 of the San Francisco 49ers drops back to pass against the Seattle Seahawks during the second quarter of their NFL football game at Levi's Stadium on January 1, 2017 in Santa Clara, California. (Photo by Thearon W. Henderson/Getty Images)
By Evan Bleier @itishowitis

Colin Kaepernick and the Alliance of American Football need each other.

For Kaepernick, getting on the field for the AAF would be an easy way to show NFL teams not only that he’s healthy and can still play football at an elite level, but also showcase his potential.

And, playing for the AAF wouldn’t just help show off Kap’s wares for NFL scouts – it would help him show the country as well. 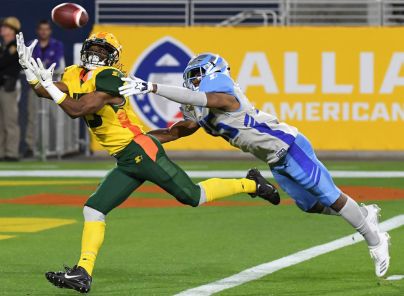 Rashad Ross #15 of the Arizona Hotshots catches a touchdown pass while being guarded by C.J. Smith #35 of the Salt Lake Stallions during the first half of the Alliance of American Football game at Sun Devil Stadium on February 10, 2019 in Tempe, Arizona. (Photo by Norm Hall/AAF/Getty Images)
Getty Images

Despite being scoffed at by many prior to kickoff, the debut of the AAF delivered a 2.1 overnight rating on CBS Saturday night for its regional coverage of San Diego vs. San Antonio and Atlanta vs. Orlando.

That 2.1 rating – the highest for a non-NFL pro football game since a 2004 – equaled the overnight rating of ABC’s  Thunder-Rockets NBA game and almost tied the Duke-Virginia men’s college basketball game on ESPN (2.3).

Clearly, the ratings for the start-up league are already surprisingly good, but they’d almost certainly be even better if a lightning rod like Kaepernick was on the field because people would be tuning in to watch him succeed as well as see him fail.

But, if he were to suit up, it seems unlikely he would.

For clarification on that, let’s just look at who each of AAF’s eight teams is currently starting at quarterback.

Out of the eight quarterbacks above who started over the AAF’s opening weekend, only Wolford (four TDs, two 2-point conversions, 275 yards) really shined as a passer. In fact, Wolford was the only quarterback other than Gilbert to throw for multiple touchdowns (who had two). 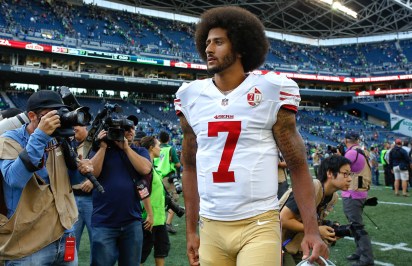 Former Quarterback Colin Kaepernick of the San Francisco 49ers walks off the field after the game against the Seattle Seahawks. (Otto Greule Jr/Getty Images)
Getty Images

Overall, given that the league saw more interceptions (12) than touchdowns (nine) thrown in its opening weekend, it doesn’t seem like too much of a stretch that Kaepernick — who boasted a sparkling 72-to-30 touchdown-to-interception ratio as a passer over his NFL career — would be an upgrade over and and every AAF quarterback, all due respect to Wolford.

In Kaepernick’s most recent on-field sample size, 11 games of the 2016 NFL season, he was even better percentage-wise while throwing 16 touchdowns compared to four interceptions and racking up a 90.7 quarterback rating.

If he was able to play even half that well in the AAF (albeit against reduced competition), Kaepernick would have some valuable ammo for his collusion case against the NFL as the argument that he isn’t being signed because his football skills have deteriorated over the past two years would be null and void. 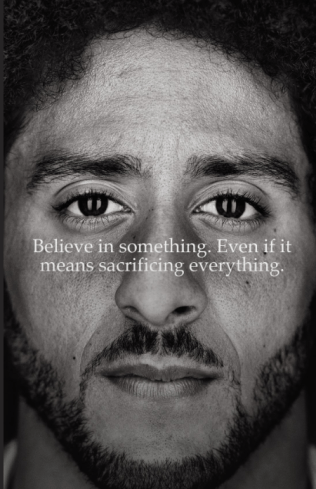 A stint in the AAF also wouldn’t hurt Kaepernick’s chances of returning to the NFL because, although players do sign three-year, non-guaranteed contracts worth $250,000 each, they are allowed to leave the league to go to the NFL.

From the AAF’s perspective, having Kaepernick playing —and playing well — would be advantageous to the league from a merchandising standpoint as he would automatically become the league’s most recognizable player. And as his Nike campaign showed in the fall, the guy can help sell shirts, shorts, and pretty much anything else.

Prior to the season at least, it sounded like that was actually a possibility as AAF CEO Charlie Ebersol said his league would be open to players like Kaepernick who take social stances.

“Best available players,” Ebersol said in May. “You show up and you can play and you want to play in our league, then we want to talk to you … The way we’re structuring our relationship with players, that alliance that I talk about, starts with the idea that we’re gonna listen. We hope they’re gonna listen. And we’re gonna play together.”

If you are an NFL fan already jonesing for an off-season fix of good quality play on the field, you should be rooting for Kap and the AAF to play together as well.

After all, who would you rather watch throw passes on Saturdays and Sundays over the next nine weeks of the AAF regular season, Christian Hackenberg or Kaepernick?

Love him or hate him, the answer should be clear.