Should they fall to 0-2, their odds of making the playoffs drop below 15 percent 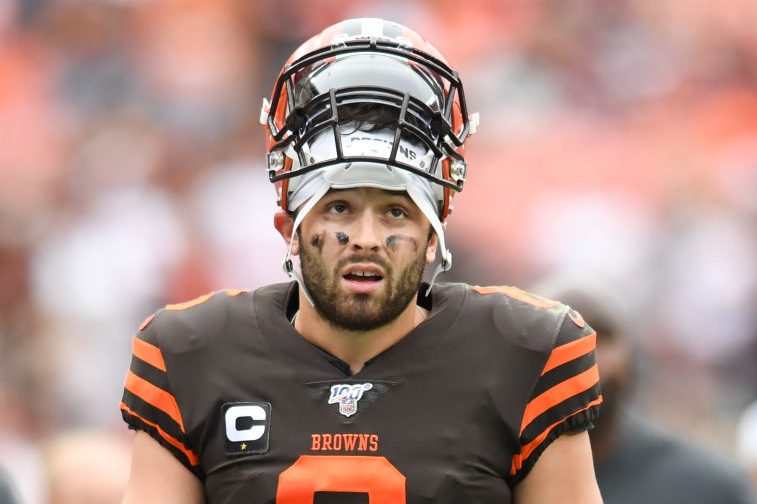 Baker Mayfield walks off the field at halftime of a game against the Titans. (Nick Cammett/Diamond Images via Getty)
Diamond Images/Getty Images
By Evan Bleier / September 16, 2019 7:00 am

Last season, the Seattle Seahawks began their season with back-to-back losses to the Denver Broncos and Chicago Bears but were able to win 10 of their next 14 games to finish the season at 10-6 and qualify for the playoffs.

But the 2018 Seahawks are the exception, not the rule, and if the Cleveland Browns lose to the Jets in New York on Monday Night Football to fall to 0-2 on the season, the playoff chances for many people’s Super Bowl sleeper will be dead and buried in the Meadowlands just like Jimmy Hoffa.

That’s the just the simple math of the situation the Browns will find themselves in if they lose on MNF. Then there’s the optics.

During the offseason, there was perhaps no team that was more outspoken about how good they were going to be this year than the Browns. Odell Beckham, who has never won a playoff game in the NFL, told GQ he would be “turning [the Browns] into the new [New England] Patriots” and “bringing as many championships as possible” to Cleveland over the next five seasons.

In a GQ profile of his own, Baker Mayfield talked about how he didn’t fit the cookie-cutter mold that most NFL quarterback belong in. “Quarterbacks, by the textbook, are supposed to be reserved, cool, calm, and collected,” Mayfield told the publication. “I do it my own way.”

Mayfield certainly was in a class of his own in Week 1 of the season, throwing for a league-leading three interceptions during a 30-point loss at home to an underdog Tennesee Titans team that is far from a world-beater.

Favored by six points in that contest, the Browns are favored once again against the Jets by an even larger margin (seven points).

The size of that line is at least partially due to the fact New York will be playing without starting quarterback Sam Darnold in Week 2 as he is out for an extended period of time while recovering from mono.

It sounds as if star running back Le’Veon Bell will play, but it’ll be at less than 100 percent as he had to undergo an MRI last week after playing every single offensive snap in Week 1 during New York’s 17-16 loss to the Buffalo Bills.

In Darnold’s place, the Jets will deploy former Broncos starter Trevor Siemian under center Monday against Cleveland. While he isn’t terrible, Siemian (13-11 as a starter, 30 TDs, 24 interceptions) is certainly a marginal starter in the NFL and a player the Browns, if they are any good, should be able to exploit.

What remains to be season is if this year’s Browns are, in fact, any good. If they lose to an undermanned and talent-deprived Jets squad tonight and kill their playoff chances, we’ll have our answer: New season. New team. Same old Browns.