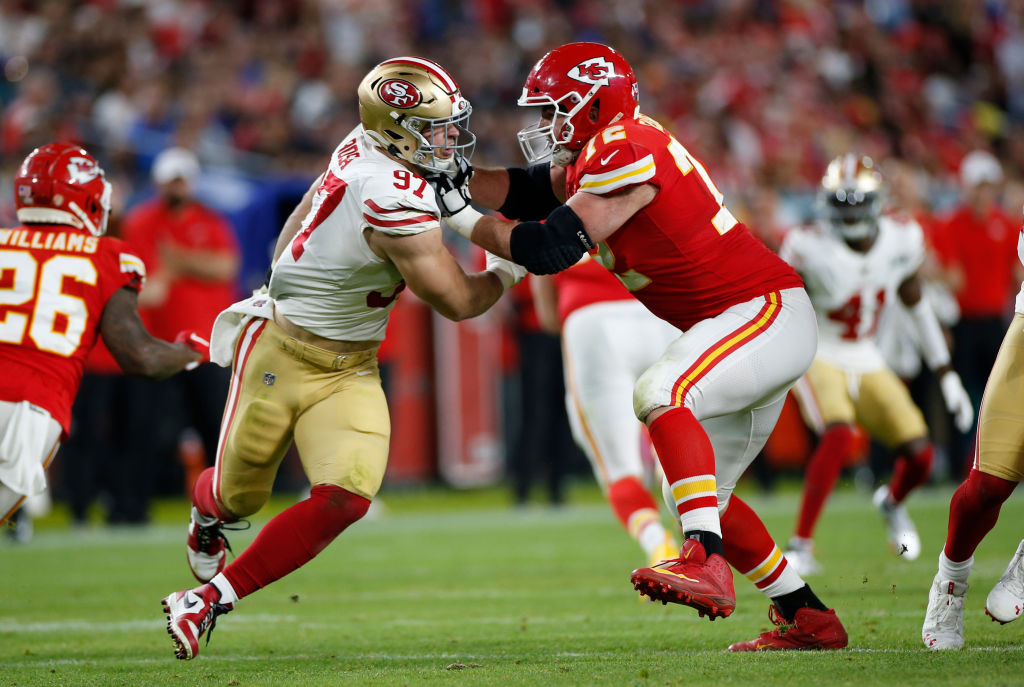 Beginning in the new year and concluding with the Super Bowl at the beginning of February, when it’s cold and everything is depressing, the NFL playoffs are short, sweet and strong in the TV ratings department.

Made up of just 11 games, the one-and-done tournament is one of the best products in all of professional sports and has produced 12 different champions over the last 20 seasons.

But, for some reason, NFL owners want to fix what isn’t broken and on Thursday approved a proposed CBA that would expand he NFL’s playoff field to include seven teams from each conference, 14 overall, starting this season.

As part of that expansion, only the top-seeded team from each conference would receive a bye in the first round of the playoffs and there would be six games on wild-card weekend instead of four.

If the players approve that plan and it goes into effect, the next NFL postseason will have more quantity, but the quality — and parity — will be reduced.

In contrast, teams with a first-round bye had reached the Super Bowl 46 times in that span.

Broadening the sample to 1975 when the league instituted its seeding system in 1975, the No. 1 or No. 2 seeds had reached the Super Bowl 71 times while all other seeds got there just 17 times. In that time span, only 10 of the eventual 44 champions in were seeded Nos. 3-6.

That means historically, having a top seed and a first-round bye is nearly a prerequisite for making, and winning, the Super Bowl.

There was no change in that dynamic during this year’s playoffs as the No. 1-seeded 49ers took on the No. 2-seeded Chiefs in Miami.

However, had this season’s playoffs been played using the system which seems likely to be in place for the this season’s edition of the postseason, that may have not have been the case as the Chiefs, as a No. 2 seed wouldn’t have had a bye week and would have been forced to play the No. 7 seed on wild-card weekend.

In this case, that No. 7 seed would have been the Pittsburgh Steelers and the Chiefs would have, in all probability, wiped the floor with them and advanced. But, there’s no way to know the toll the game could have taken on their team.

What we can take a better guess at is that the first-round game between the Patrick Mahomes-led Chiefs and the Ben Roethlisberger-less Steelers would have been an unwatchable bloodbath, well below the quality of football NFL fans have come to expect on wild-card weekend.

So, by eliminating the bye week for the No. 2 seeds and instead forcing them to play No. 7 seeds over wild-card weekend the NFL will be creating a trio of major problems.

1. Earning a No. 1 seed and a bye week will make it even more of a lock that the top seed from each conference will make it to the Super Bowl than it already is. Already rare in the NFL playoffs, Cinderella stories of low-seeded teams making it to the first weekend in February will cease to be written.

2. Since earning a No. 2 seed will no longer include a bye week, teams will no longer make it as much of a priority to lock down the second seed. Knowing they’ll have to play on wild-card weekend anyway, NFL teams may choose to rest players even earlier in the season or not pull out all the stops in their final games in order to secure the No. 2 seed. The result? Less-than-NFL-caliber football starting earlier than it usually does (Week 17).

3. The issue of low-quality football has massive potential to drag into wild-card weekend too as now No. 2 seeds, instead of resting, will play against No. 7 seeds, the majority of whom will probably be .500 or worse. Sure, there is potential for some of these games to be good, but the odds are they’ll generally be boring slogs in comparison to what the NFL currently offers over wild-card weekend.

By messing with a good thing and eliminating the two byes, NFL owners will be adding the revenue from two extra playoff games to their pockets. But, at the same time, they’ll be eliminating some of the parity and unpredictability that has made the NFL playoffs must-see TV for decades. With the addition of the two games, they’ll also be watering down a product that was nearly perfect as is.

In 2014, NBA owner Mark Cuban predicted the greed of NFL owners to pad their bankrolls by putting out an inferior product would ultimately lead to the league’s downfall.

While he may have been a bit hasty in predicting the league’s demise, Cuban was dead-on about NFL owners trying to give their fans too much of a good thing.

It likely won’t come back to bite ‘em in 2020 because fans will be excited to see how the new playoff format will work, but things may change once the bloom is off the rose. And it will come off.