Catching Up with the Man Who Overshadowed Mike Ditka 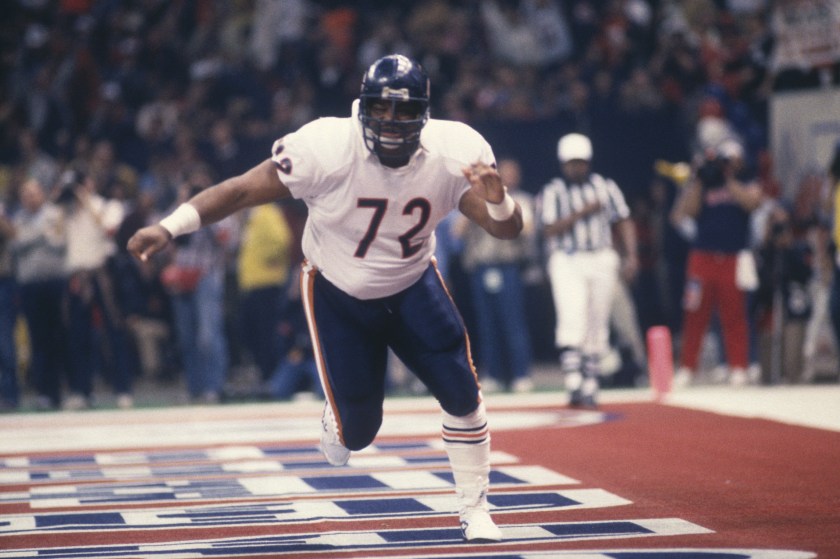 He was a man on the football field whose mere presence was enough to make opponents shudder. A way over 300-pound Chicago Bears defensive tackle, William “The Fridge” Perry, was as destructive on the gridiron as he was friendly off the field. He became a cult hero when the Bears started occasionally using him on offense to rush for goal line touchdowns.

Despite a team overflowing with outsized personalities (including legendary running back Walter “Sweetness” Payton, flashy quarterback Jim MacMahon, and head coach Mike Ditka), the Fridge was the star of the show as the Bears ended the 1985 season by winning the Super Bowl, earning endorsements rarely seen by a non-skill position player. His football fame transitioned over to pop culture phenom, as he even recorded his own song “The Refridgerator Man” (see below).

The years that followed football have been less glamorous. Sports Ilustrated caught up with Perry, now 53, in his hometown of Aiken, South Carolina. After battling multiple health issues, he has overcome almost deadly complications from Guillain-Barre syndrome. There are still signs of trouble all around him:

“It’s all a mess, it seems, from health to finances. And sadly, in a sense, the people suffering the most from Fridge’s demise are his children (three girls and a boy) and family members, who all claim to want to help him, but who are too busy fighting amongst themselves to actually accomplish any change. Michael Dean, a six-time Pro Bowl defensive tackle who lives in Charlotte, was named by a judge as guardian and conservator of Fridge’s affairs when the big man was first incapacitated, in 2008. But Perry’s son, William II, told a Chicago TV reporter last year that he has doubts about ­Michael Dean’s stewardship and legal control. ‘It’s a bad situation,’ he said. ‘Hopefully we can get guardianship over [my dad] and go forward, and get him removed so he can do the right thing and be independent.’”

Read Rick Telander’s full story here. To remember William Perry in his heyday, watch the video for his song “The Refrigerator Man,” featuring some his best hits, below.