New Orleans won't have Drew Brees for weeks, but the Saints' season isn't over 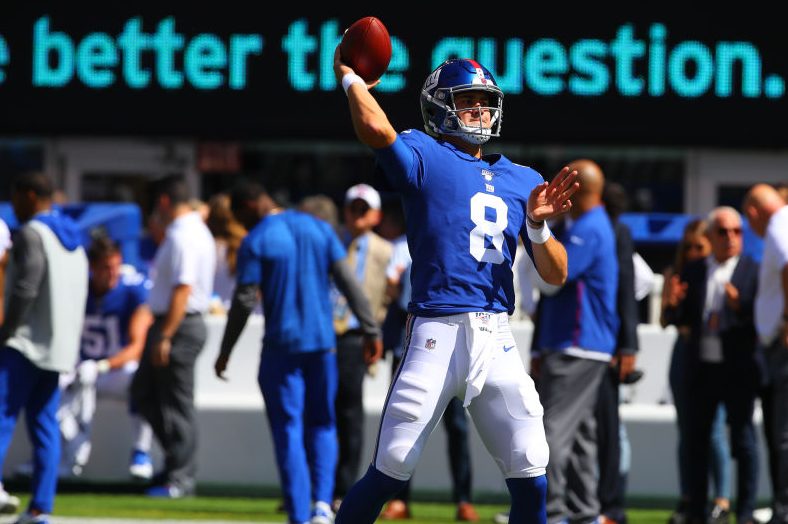 With Week 2 of the season now wrapped up following Cleveland beating up on the Jets on Monday Night Football, we can start analyzing what went down across the NFL. While we can’t get to everything — like Ben Roethlisberger’s season-ending surgery and Rob Gronkowski’s CTE comments — here are five of the top storylines to emerge following Week 2 of the season, and whether we’re buying or selling on ’em.

Sell: The Dolphins will win a game this season

Things were so bad for Miami on Sunday that they nearly set the franchise record for fewest yards gained in a game and were outscored by New England’s offense (24 points), defense (12 points) and special teams (seven points).

Through two games, the Dolphins have allowed 102 points and only scored 10 of their own, a point differential of -92. That is the worst point differential put up by a team through their first two games in modern NFL history, tied with the 1973 Saints. That’s not even the worst stat for Miami.

It’s been a historically poor start for the Dolphins — and it’s only going to get worse.

First-year coach Brian Flores has been on a mission to gut Miami’s roster of talent to make sure the team has a shot at landing the No. 1 pick in the draft and his plan has worked to perfection.

Outside of defensive back Minkah Fitzpatrick — who is seeking a trade out of Miami — the Dolphins do not have a single playmaker on either side of the ball. Quarterback Ryan Fitzpatrick is out of the Fitzmagic that served him well at the start of last season and backup Josh Rosen, who has replaced Fitzpatrick two weeks in a row, has failed to show why he was a first-round pick.

In fairness to both players, part of being a good quarterback is having decent players to throw the ball to and the Dolphins don’t. Including their running backs, the Dolphins do not have a single player who has caught more than seven passes or amassed 90 receiving yards.

Even the bad teams remaining on Miami’s schedule (Redskins, Bengals, Jets) have at least some semblance of talent on their rosters and have played competitive games thus far. To this point, the Dolphins have not.

Buy: The Giants should start Daniel Jones in Week 3

In the wake of the New York Giants falling to 0-2 on the season following a 28-14 home loss to the Buffalo Bills, coach Pat Shurmur declined to name Eli Manning as the Giants’ Week 3 starter, cracking open the door for No. 6 overall pick Daniel Jones to take over.

With the Giants going nowhere, it’s time for the G-Men to throw that door wide open.

Though Manning has been serviceable for the Giants this season (556 yards, two touchdowns, two picks), New York is not winning anything with him this year and need to see what they have in Jones as soon as possible.

During preseason play, the Duke product went 25-of-30 (83.3 percent) for 369 yards and two touchdowns and looked like he may actually have been worth such a high pick.

By playing him in Week 3 against the Buccaneers, New York will get the chance to see if Jones has what it takes during the regular season and, given that Tampa Bay has one of the worst defenses in the NFL, the Giants might actually win a game. The following week versus the Redskins in New York is also a winnable game for the Giants.

Of course, winning games might be exactly what the Giants don’t want to do in order to give themselves the best shot at landing the top pick in the draft. But, if the Giants do wind up with a top pick, they’ll want to know whether they should be using it to draft a quarterback. Playing Jones now is the only way the Giants can get that knowledge.

Whether it is Jones or someone else, the quarterback who will lead the New York Giants to their next Super Bowl is not Manning. The sooner the team can reconcile that fact and recognize it’s a waste to have an all-world talent like running back Saquon Barkley if they can’t pair him with a decent quarterback, the better for all involved, including Manning.

UPDATE: The Giants announced on Tuesday that Jones will replace Manning as their starting quarterback Sunday in Tampa Bay.

Sell: The season being over for the New Orleans Saints

The news about Drew Brees being out for at least six weeks thanks to thumb surgery is not good for the Saints, but it doesn’t completely knock New Orleans out of contention in the NFC.

Now sitting at 1-1 on the season, the Saints will turn to Teddy Bridgewater, one of the better backup quarterbacks in the NFL. A starter during his first two years in the NFL with the Minnesota Vikings, Bridgewater, has a 17-12 record during the regular season and has thrown 29 touchdown passes compared to just 23 interceptions.

To make sure Bridgewater has as much success as possible, the Saints and coach Sean Payton will likely draw up gameplans that involve a heavy dose of star running back Alvin Kamara as well as make it easy for the 26-year-old quarterback to get the ball in the hands of New Orleans’ top playmaker, wide receiver Michael Thomas.

Though it won’t be easy out of the gate for Bridgewater as the Saints travel to Seattle in Week 3 and then host the Cowboys in Week 4, New Orleans’ schedule loosens up after that with games against the Buccaneers, Jaguars, Bears and Cardinals.

Realistically, the Saints could get through that six-game slate with a record of 4-2, which would have them at 5-3 entering their bye week with Brees, if his timetable doesn’t change, nearly ready to return.

While that record likely won’t put New Orleans in one of the top-two seeds in the NFC overall, it could be enough to have them in first place in the NFC South, a division which has a collective record of 3-5 entering Week 3.

It’s clearly never a good thing to lose a star starting quarterback in the NFL, but thanks to a good backup, strong supporting cast and weak division, it isn’t as crippling for the Saints as it might be for another team.

Buy: Kyler Murray being worthy of the No. 1 pick

Though he was unable to lead his team to a win during Week 2, Kyler Murray looked like a competent professional quarterback during Arizona’s 17-23 loss in Baltimore.

On his way to passing for 349 yards, Murray completed 25/40 passes and used his legs effectively, evading Ravens pass rushers and extending plays with his feet so his receivers would have time to get open downfield.

With the strong effort, Murray joins Cam Newton as the only NFL quarterbacks to throw for 300 yards in each of their first two games.

Though he didn’t throw any touchdowns, Murray was able to complete a two-point conversion and played smart in the red zone, throwing balls away instead of forcing them to covered receivers and risking turnovers.

That approach ultimately resulted in the Cardinals ending drives with field goals instead of touchdowns and they probably should have been more aggressive, but that approach falls on Arizona coach Kliff Kingsbury, not Murray. (Kingsbury’s Cardinals became the first team since the NFL moved the goalposts in 1974 to attempt three field goals from inside the 5-yard line while trailing.)

Still, considering the Cardinals were on the road against a team that won by nearly 50 points in Week 1, the game has to be considered a victory for Murray even though Arizona didn’t get the win.

Another good sign for Murray’s NFL future is that he doesn’t see it that way.

“We were able to move the ball pretty well,” Murray said after the loss. “But we’ve got to start finishing drives. We had too many field goals. Moving forward, we can’t do that.”

Sell: Antonio Brown making it through the season

Already facing a civil lawsuit that alleges he sexually assaulted his former trainer on three separate occasions in 2017 and 2018, Antonio Brown was hit with more allegations of misconduct in a Sports Illustrated piece reported on by Robert Klemko.

In addition to another allegation of sexual misconduct — Brown is accused of approaching an artist who was painting at his home wearing nothing but a small hand towel over his genitals — the report also accuses the Patriots receiver of refusing to “pay wages to former assistants and part-time employees” and suggests “a pattern of disturbing, sometimes bizarre behavior.”

That behavior includes treating members of waitstaff like crap, multiple domestic disturbances and farting in a doctor’s face after showing up three hours late to an appointment.

Whether the allegations in the piece lead to more charges for Brown or not (he has denied that any sexual misconduct took place), it is becoming increasingly clear Brown is a troubled person at best and a horrible one at worst.

In two weeks of NFL football, we’ve seen two bombshell reports about Brown drop. Unfortunately for him, there are 16 weeks in the NFL season and there are probably more reports on the way.

Even if there aren’t, Brown, through the language he’s used and the ways he’s treated people who work with him and for him, has shown himself to be an objectionable human being who is deserving of some instant karma.

Trouble tends to follow those sorts of people at every turn so, if it isn’t the old allegations from the civil case or the new ones from the SI piece, something is going to catch up with Brown sooner rather than later and we’re betting it’s before the NLF season is over.