When Hurricane Matthew threatened to severely rearrange the southeastern United States recently, most people in the area ran for cover or hit the highway to get the hell out of town. Meanwhile, the members of the Red Bull Storm Chase competition were probably tempted to grab their windsurfing boards, hightail it to Florida, and hunt down some ridiculously treacherous waves! Because these guys are crazy skillful — and just plain crazy.

Speaking of which: Red Bull just announced that the Red Bull Storm Chase will return in 2017. In case you’re not familiar, the Storm Chase is a competition in which eight of the world’s top windsurfers go up against wind speeds up to Force 10 (that’s 55 to 63 mph), huge waves, and even hurricane conditions in order to make beautiful gravity-defying jumps in an epic battle of man versus nature. Simply put, it’s the most challenging windsurf contest in the world.

When does it start and where is it held? That’s the tricky part. No one knows yet. See, the Storm Chase is literally a chase. Storm windsurfing is all about scoring the biggest waves and most wind — and that can be tough to find. So during the contest period, January 9 to March 12, 2017, the eight competitors wait for a Force 10 or higher storm somewhere in the Northern Hemisphere. When that storm happens, they chase it down. 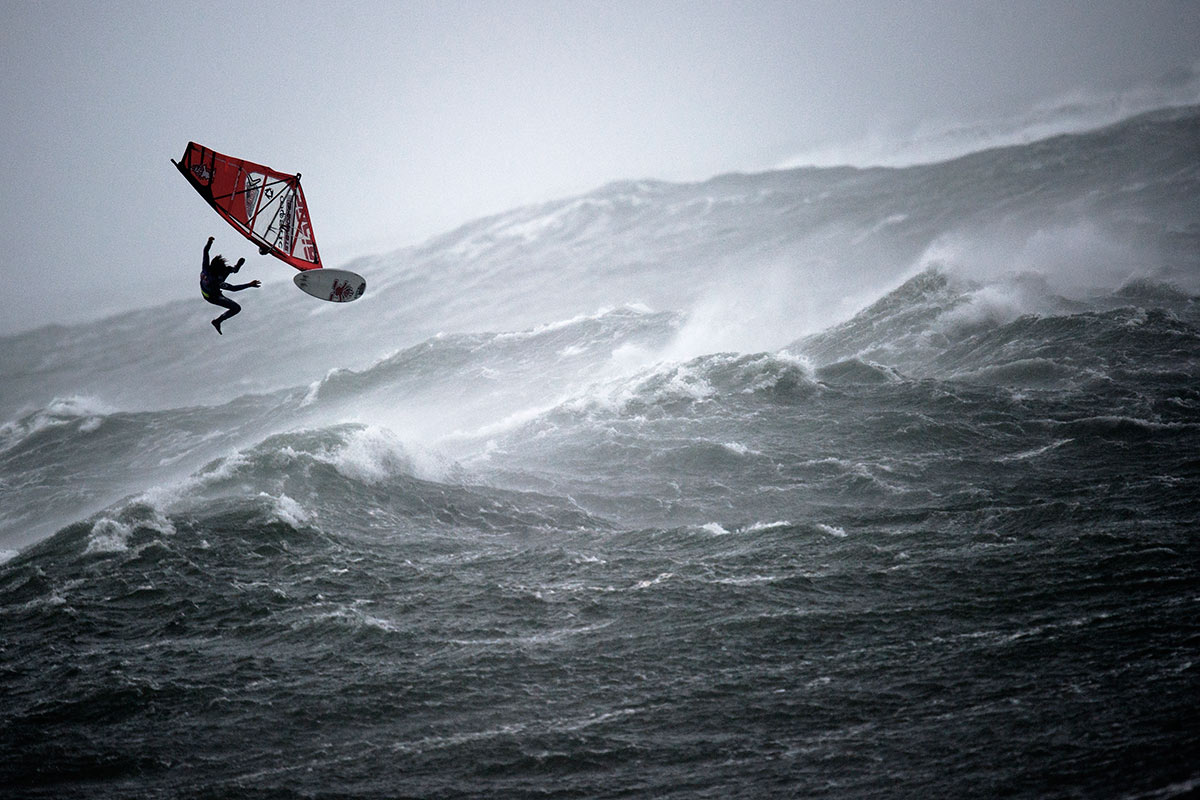 To get a better idea of what transpires after that, take a look at the video at the bottom of highlights from last year’s competition and see if your jaw doesn’t drop. (Go ahead, we’ll wait.)

Think you’ve got what it takes to compete with these world-class windsurfers? Well, you don’t. But feel free to apply anyway right here.

And in case you’re wondering who that sweet music is by, it’s “Arena” by Relentless. Just like those waves.

Watch the video below to see the windsurfers take flight.