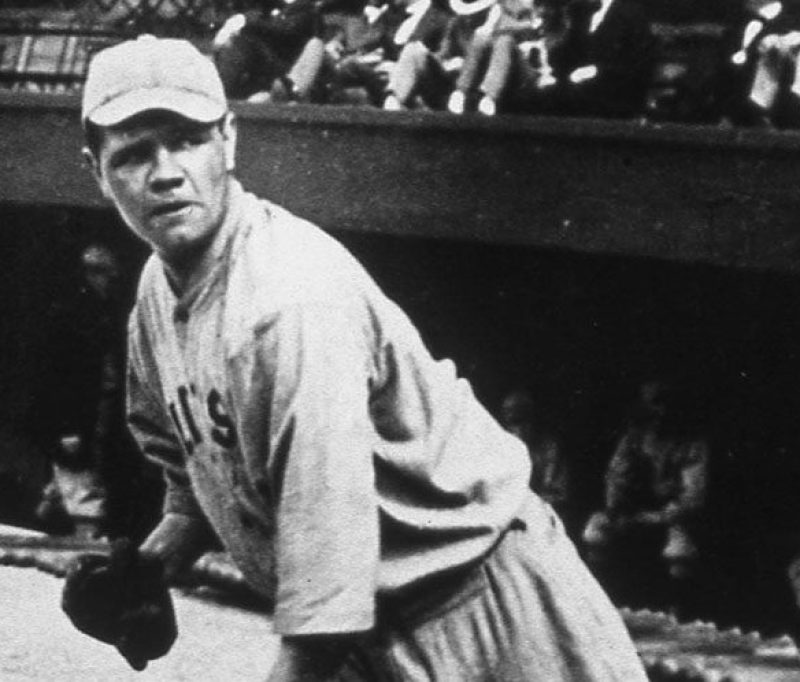 Mention the name “Babe Ruth” to the average sports fan, and the image they’ll evoke will be that of the larger-than-life home run hitter, Yankee pinstripes hanging loosely on his giant frame, swinging his cudgel of a bat at a ball about to be crushed somewhere beyond reason. And that makes sense, because that’s how history remembers the New York Yankees great and first-ballot Hall of Famer.

But in 1916, his third season in the league, 21-year-old George Herman “Babe” Ruth was a much svelter, boyish-looking pitcher for the Boston Red Sox, who went 23-12, with a miniscule 1.75 ERA that season, and wasn’t at all known for his long-ball prowess. (He hit just three home runs that year, still pretty good considering the league leader collected only 12.)

This is the Ruth that appears on the ultra-rare 1916 M101-5 Sporting News baseball card, recognized by most collectors as his true “rookie card,” and which is pretty much impossible to find in decent condition. Only a handful exist in any condition, and the card has garnered as much as $1 million at auction.

As part of its upcoming “Sports Collectibles Platinum Auction” on Aug. 27-28 in Dallas, Heritage Auctions is offering a professionally authenticated card that graded 7 out of 10. It’s estimated to realize over $600,000 at auction—and may just eclipse the $1 million mark. With the exception of the 1909-11 T206 Honus Wagner (a copy of which sold for $2.8 million in 2013) and the 1952 Topps Mickey Mantle (valued in top condition at over $1 million), this Ruth is by far the most sought after card in the collecting world.

Place a bid on the Babe Ruth card here. Take a look at some other items from the upcoming auction RealClearLife recently previewed here. For more information on the auction, click here. —Will Levith, RealClearLife